Asian F3 to expand into Japan and Thailand in 2019 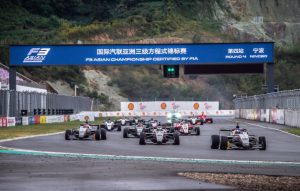 The second Asian Formula 3 season will include rounds at Japanese Grand Prix venue Suzuka and the Buriram circuit in Thailand.

This year’s calendar has included two rounds at former Malaysian GP venue Sepang, two rounds at Ningbo and one at Shanghai in China. Hitech GP drivers Jake Hughes and Raoul Hyman go into next month’s championship decider at Sepang in title contention, and there has been four race winners across the first 12 races.

Sepang is once again set to host the season opener in 2019, on April 6-7, and it is believed that it was previously under consideration to hold one of the races there at night.

In May the championship heads to Buriram, which will first be raced on in the inaugural Asian F3 Winter Series, and to Suzuka a month later. It will the biggest single-seater championship to have ever raced in Thailand, while Suzuka often hosts Super Formula, Japanese F3 and Formula 4 alongside its annual Formula 1 slot.

The final two rounds of the season will both take place at Chinese GP venue Shanghai, one at the end of August and the other towards the end of September. Shanghai is also set to hold F1’s 1000th world championship race in 2019.

As of present, racing in Asian F3 does not make drivers eligible for Macau GP entry, which led to Hitech GP’s Charles Leong competing at Silverstone in European F3 this year to ensure he could race in his home grand prix.