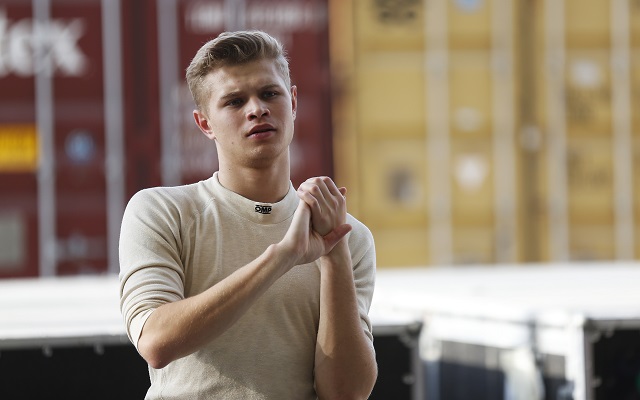 Euroformula Open runner-up Artur Janosz will compete in the GP3 Series in 2015, having signed a deal with Trident Racing.

The 21-year-old did all three days of GP3’s post-season test in November, running with ART and Arden International.

Having finished 13th in F3 Open in his debut season in cars, Janosz stayed in the series (re-branded as EF Open) in 2014, joining teams’ champions RP. Out front from the beginning of the year, he took his first win at Algarve and followed it up with a dominant victory at the Hungaroring.

However, a six-race winning streak from teammate Sandy Stuvik effectively ended the title fight, forcing Janosz to focus on battling for runner-up with Alex Palou – a battle he eventually won by one point.

“The 2014 season has been a really positive one for me, and now I’m ready to face the next challenge,” said the Polish driver.?”The switch towards an upper and more demanding series like GP3 won’t be easy, but I’m sure that this is the right moment to aim high.”

“The agreement reached with Trident makes me confident. With the help of the team’s engineers, and team manager Giacomo Ricci, I’m sure I’ll be able to assimilate the knowledge and experience they gathered throughout the years.”

At Trident, Janosz joins highly-rated Italian racer Luca Ghiotto, with the third seat remaining up for grabs. The Italian tem has figured in GP3 since 2012 but hasn’t finished higher than eighth in the teams’ standings, with a sole podium courtesy of Giovanni Venturini in 2013.

“I’m delighted to announce the agreement reached with Artur Janosz,” added Ricci.?”I think he’s a really interesting driver and I’m sure he’ll be a positive surprise in the upcoming GP3 Series season. In addition to that, coming from Poland, he’ll be able to captivate the Eastern European audience on the major auto racing panorama, hoping to follow in the footsteps that brought his fellow countryman Robert Kubica to Formula 1.”

Janosz is the second Polish driver on the 2015 GP3 grid with Arden having confirmed Alex Bosak earlier.