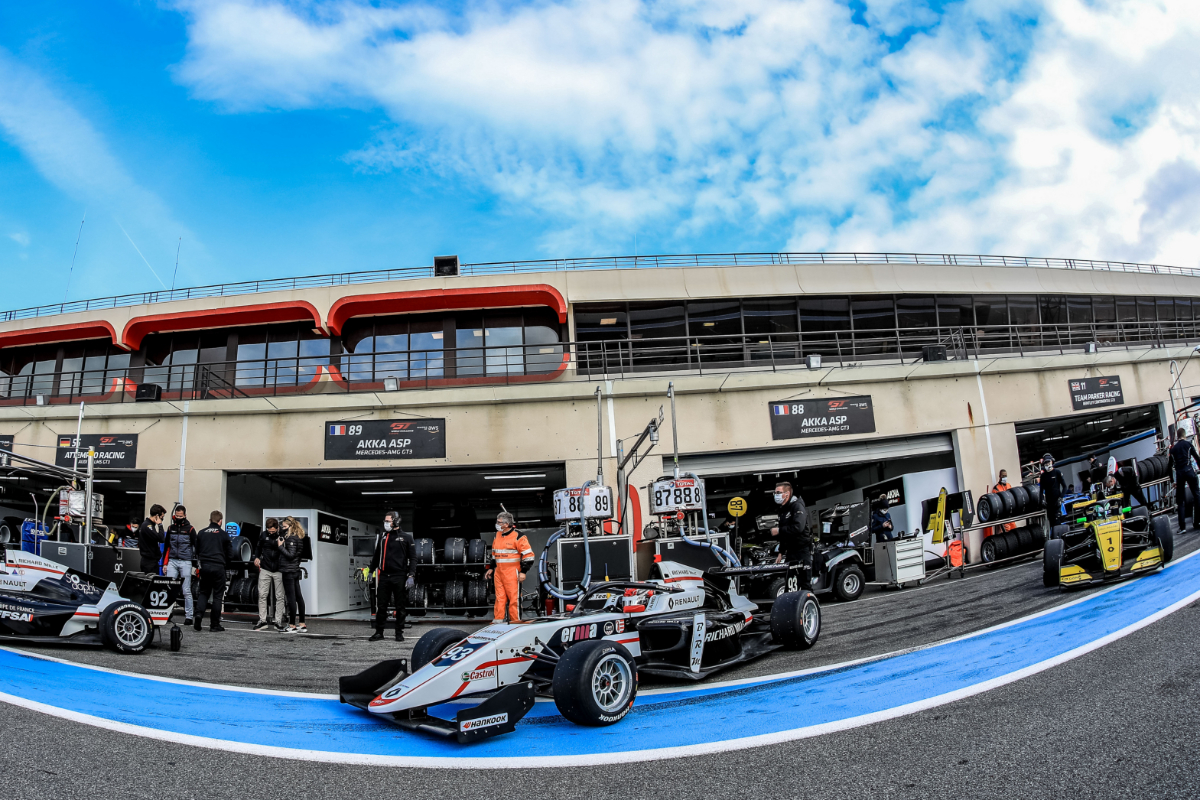 ART Grand Prix drivers set the pace in both of the Wednesday sessions of the rookie test for the now defunct Formula Renault Eurocup.

All teams ran on Pirellis [as opposed to the Hankooks pictured above], as they prepared to join the Formula Regional European Championship grid next year. FREC uses the same Tatuus T-318 chassis as the Eurocup, and is switching from Alfa Romeo to Renault power in 2021 as an effective merger of the two Regional Formula 3 series.

New Italian Formula 4 champion Gabriele Mini sat at the top of the times for most of the second day of the test, and topped the morning session for ART GP by 0.189 seconds over MP Motorsport’s Mercedes-AMG Formula 1 junior Paul Aron.

Laptimes were well over five seconds faster on Wednesday, with the track less greasy than it had been the day before and with sunshine overseeing much of the running.

However the improvement from the morning to the afternoon was minimal, and Mini was quickest for much of the final session with a laptime just short of his morning effort.

Euroformula racer Maloney had been the pacesetter earlier in the session with a 1m58.058s lap, a time he would not improve on.

In the final few minutes Saucy and Beganovic went to the top, but with Mini’s morning benchmark splitting them in the day’s combined classification. Quinn went third fastest in the session, and fourth overall.

David, M2’s Christian Mansell and Bhaitech’s Axel Gnos also failed to get quicker at the end of the day, while the MP and FA Racing line-ups failed to show up on the timing screen at all. Despite this, Aron was still fifth fastest overall and Rosso was ninth, just behind David.

An afternoon improvement brought ART GP’s Francesco Pizzi into the top 10 at the expense of Haverkort, who was just ahead of R-ace GP’s Mari Boya – whose best laptime from both sessions was identical.