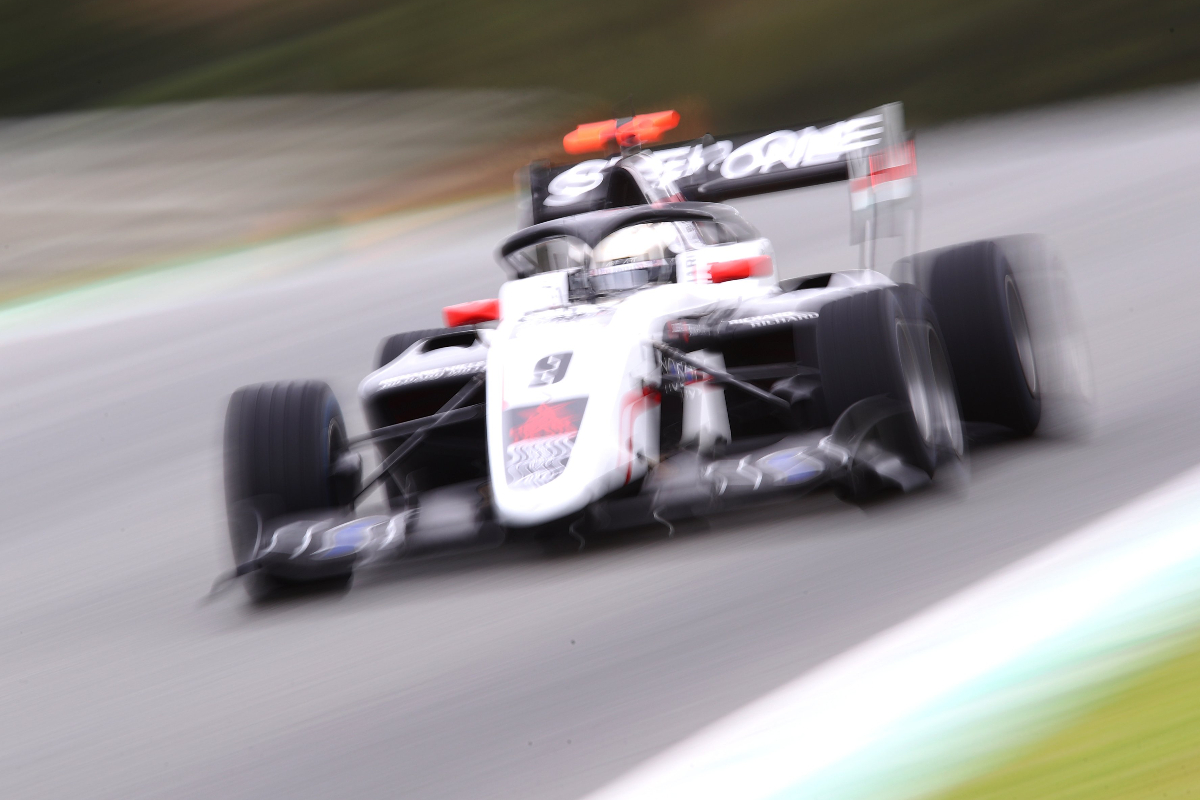 ART Grand Prix will make the unprecedent move of only running two cars at Imola this weekend in FIA Formula 3, as Juan Manuel Correa is absent due to injury.

Although Correa participated in the Bahrain season opener without too many complications, a metatarsal fracture on his left foot put him in a serious amount of pain and led to him then cutting short his running at Jerez in this month’s in-season test.

He then skipped the Barcelona test that followed, and spoke to Formula Scout about the scale of the injury. Correa is currently in year two of a racing comeback after breaking his legs in a horrific Formula 2 crash in 2019.

“I’ve taken the difficult decision not to race in Imola,” the Sauber junior announced on social media.

“Very sad to not be there, but after assessments with my doctors, and with the profile of the injury, we feel the risk of making the injury worse is too high. I’ll be cheering ART GP on from home and I hope to be back soon.”

Although Correa was replaced for the Barcelona test by stock car racing-bound teenager Matteo Nannini, a winner in FIA F3 and a former F2 racer himself, the only ART GP cars on the grid at Imola will be those of his team-mates.

“Victor Martins & Gregoire Saucy will be the only two ART GP drivers racing this weekend,” the team confirmed. “We wish JM a quick recovery. See you soon on track.”

Teams in F2 and F3 are deterred from not racing all of their cars when a seat becomes vacant, with disincentives that put teams in a position where filling the car as a loss-making venture with a driver without the budget needed is fiscally less punishing than not running the car at all.