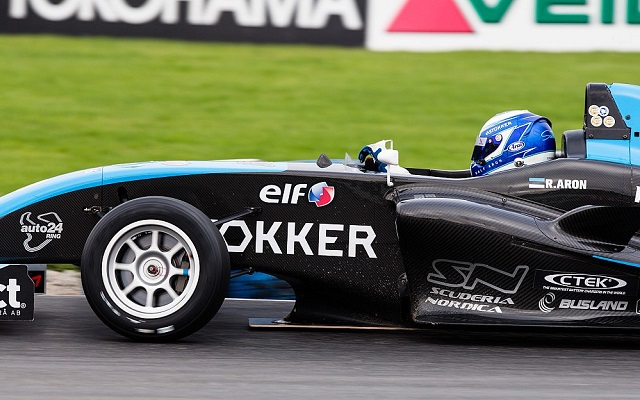 Aron controlled the race from pole and survived a late safety car restart to pick up his fifth victory in the championship.

Front row starter Ilmari Korpivaara maintained second throughout the race and managed to keep it until the checkered flag, securing his second podium in the category.