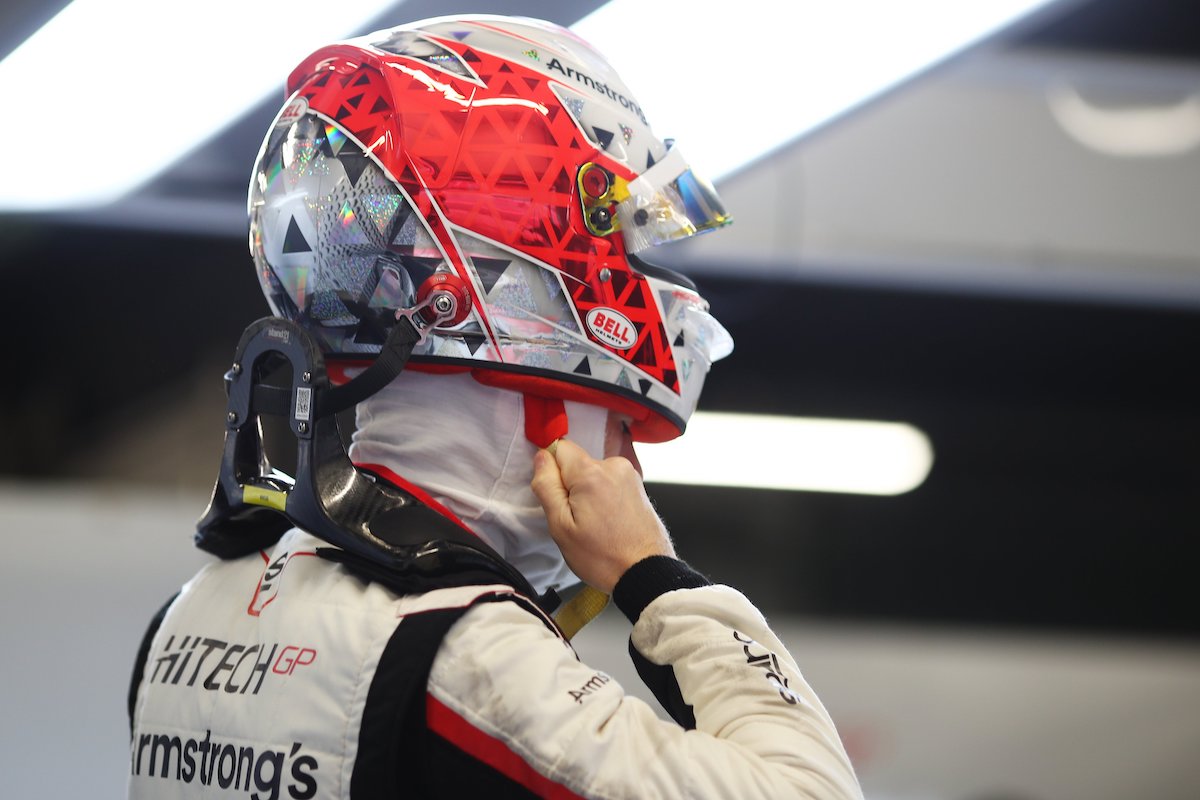 Hitech GP’s Marcus Armstrong set the fastest time on Wednesday afternoon in Formula 2 testing, in a session which had little running in its second half due to rain.

A 1m29.752s lap set early on allowed Armstrong to stay at the top of the times for the rest of the session as most of the drivers focused on long runs on the hard compound tyre. His fastest lap was nine tenths slower than Roy Nissany’s morning session benchmark, as the increased grap of the track surface was undone by rainfall.

Half an hour into the session, Trident’s Calan Williams came to a halt at the beginning of the straight, bringing red flags out. When action resumed, several drivers went out on track to work on their race pace.

The rain came as the session approached its halfway point, and stopped the progress of the long runs that were being carried out. The fact it was light rain meant that nobody adventured to go out on track, as it was too slippery for slicks but too dry for the wet tyres.

Once the rain stopped with less than one hour on the clock, the track dried quickly. This allowed some to go out again, and among them was Prema’s Jehan Daruvala who had had to stop his race simulation earlier in the afternoon due to technical issues.

However, the mechanical gremlins in the Indian’s car seemed to persist as he returned to his pitbox after going down the pit straight at very low speed. After some checks, he left the pits again and was able to complete some consecutive laps.

While the order at the top went unchanged, Nissany’s DAMS team-mate Ayumu Iwasa did improve at the end of the session to go 11th fastest.