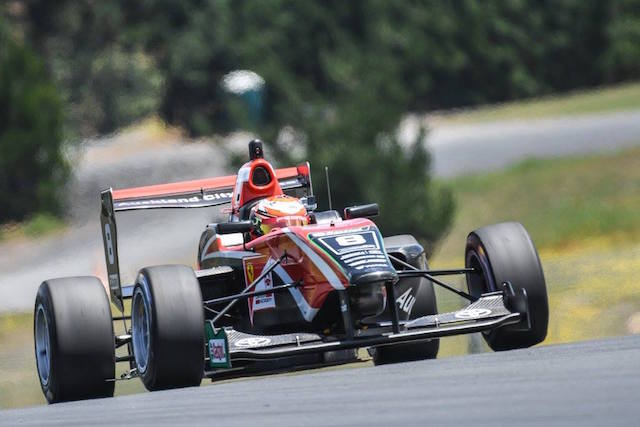 Ferrari recruit Marcus Armstrong has scored his second win of the Toyota Racing Series, benefitting from a chaotic opening lap to race one at Hampton Downs before resisting a late attack from Pedro Piquet.

Armstrong started fourth on the grid, but gained the lead after Brendon Leitch and Jehan Daruvala made contact ahead of him, while double?polesitter?Thomas Randle also went off.

While they all continued, the red flags came out to recover the cars off?Christian Hahn, Nikita Lastochkin and Thomas Neubauer.

After the restart, Armstrong was chased hard by Randle, with the Australian not allowing the Kiwi to escape.

Armstrong came under even more pressure once Piquet passed Randle for second at two-thirds distance in the 15-lap race.

The Brazilian posted the fastest lap on the next tour, and got alongside Armstrong across the start-finish line going onto the final lap, but the Christchurch ace stayed ahead to win by a third of a second.

Randle was a similar distance back in third after bettering Piquet’s fastest lap, while?Richard Verschoor held onto his healthy championship advantage by following his closest rival Randle home, albeit three seconds back. The Red Bull Junior had qualified only seventh.

Leitch took the restart in fourth but immediately fell down the order and finished 12th, two spots ahead of Daruvala.