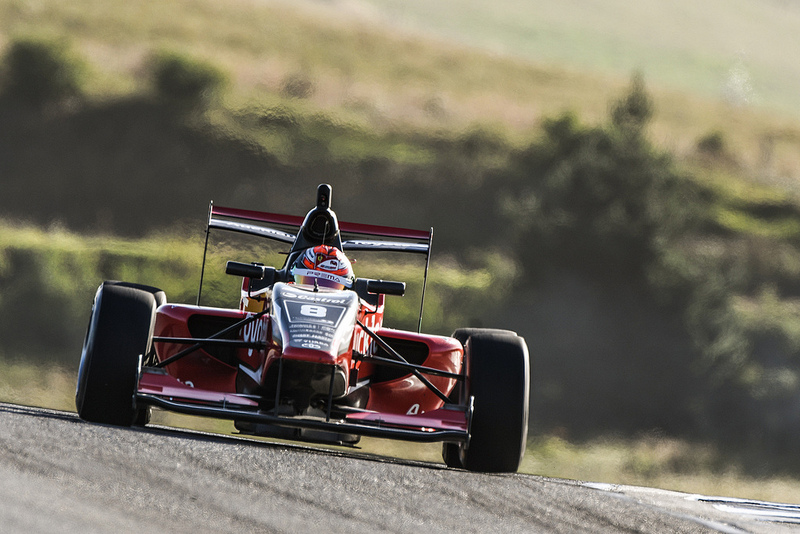 The 18-year-old set a 59.780 second lap around the 2.8km circuit, just 0.073s faster than single-seater returnee and Red Bull junior Auer, who is competing in TRS in preparation for a Super Formula programme this year.

“I prefer starting on pole. Especially here – it’s a short run down to turn 1 and it’s not so easy to overtake here,” said Armstrong after taking his second pole of the weekend.

“Although Lucas [Auer] is a bit of an animal in the mirrors, [so] it’s going to be interesting.”

The top 14 on the grid were covered by less than a second, with M2 filling the top four spots on the grid thanks to the efforts of Liam Lawson and Artem Petrov, the winner of the chaotic first race of the weekend. Lawson was only 0.102s off pole.

“As the weekend progresses, it’s sort of natural that everyone bunches up a wee bit,” added Armstrong.

“We had an advantage from the first practice session this weekend and managed to keep it until the last quali session, which is not always that easy with all the telemetry and videos and analysis we do. So I’m really happy.”

Cameron Das failed to make it a M2 lockout of the top five after being beaten to the position by Victory Motor Racing’s Brendon Leitch. Giles Motorsport’s Raoul Hyman was seventh, ahead of Kazuto Kotaka (MTEC Motorsport), Esteban Muth (M2) and Petr Ptacek (Giles).