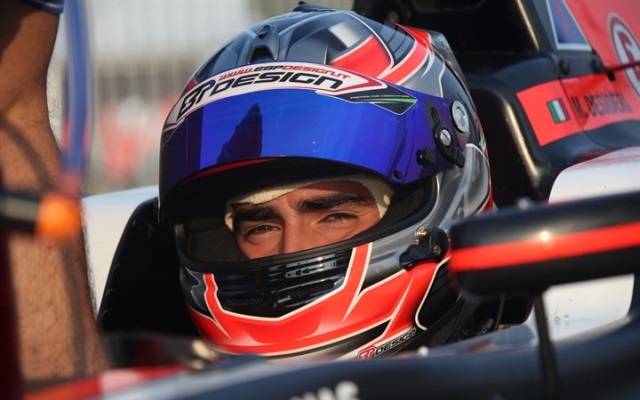 Three drivers have been named as part of Antonelli Motorsport’s Italian F4 lineup as the Bolognese?squad will enter the 2015 season with four cars.

The newly-announced trio will join Brazilian sophomore driver Joao Vieira, who has already been confirmed to take part in the series by his management.

Matteo Desideri will stay with Antonelli for 2015 after spending the second half of last season with them.

Desideri enjoyed a great debut in the championship as he claimed a podium position in his first weekend at Magione. He managed make the top three one more tine throughout the season, eventually ending up 11th in the standings despite doing just four of the seven rounds.

He also participated in the Italian F4 Adrian Winter Trophy at the end of last year, taking fourth and fifth in the double-header event.

Mattia Ferrari?is one of the team’s two karting graduates. The young?Italian has spent the 2014 season racing in KF and KFJ karting championships and took 23rd in the Trofeo Andrea Margutti.

The final addition to the line-up is Kikko Galbiati from Romania. Galbiati, who was born in 1998, has raced in the Sodi World Series and Campionato FunKart.