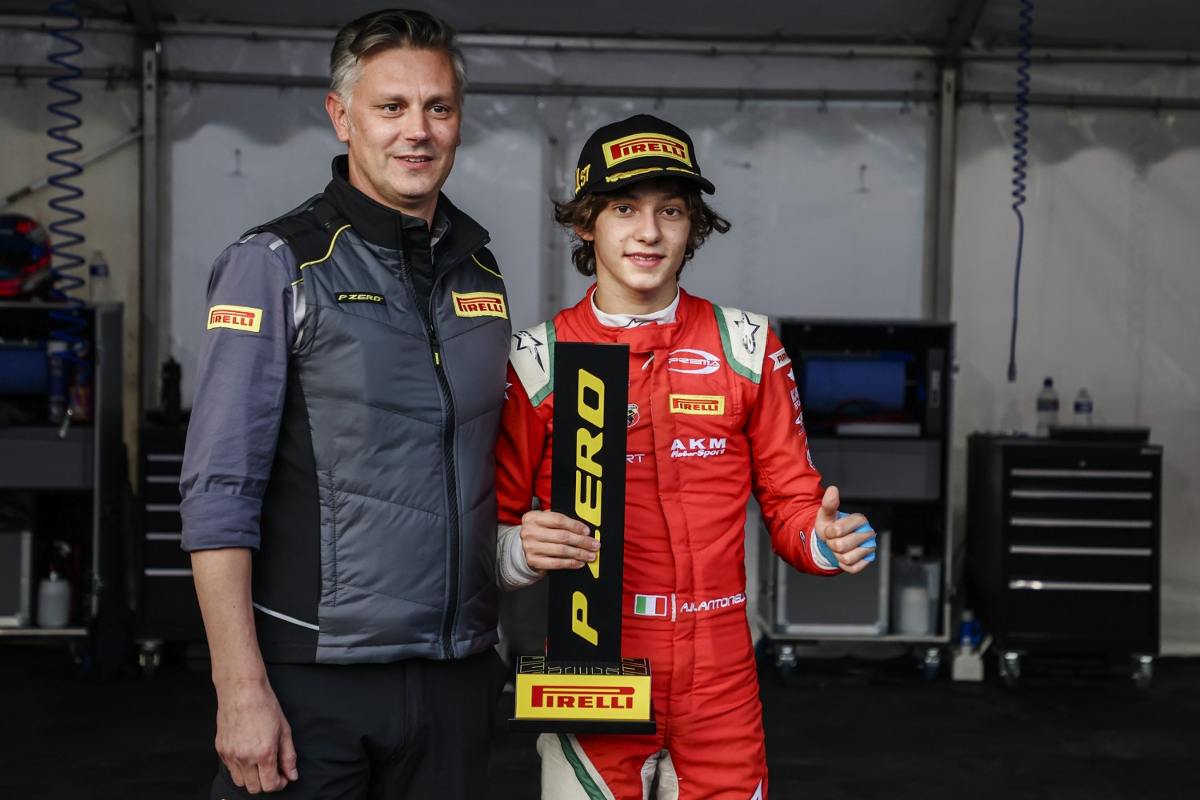 Andrea Kimi Antonelli revealed that he was compromised by an injury despite taking a dominant victory for Italy in the Motorsport Games Formula 4 Cup at Paul Ricard.

The Mercedes-AMG Formula 1 junior hurt his left wrist in a collision with Chilean driver Maria Jose Perez de Arce near the end of Saturday’s qualifying, having already set a laptime good enough to top the session.

With his wrist taped up, Antonelli went on to win from pole in the Qualification Race, and then repeated the feat with a strapped-up hand in Sunday’s Main Race by building a comfortable lead after an early safety car period to claim the gold medal. He revealed that the gap he built early on helped him as he increasingly struggled with pain.

“It was a tough race because in qualifying I had contact and hurt my wrist,” Antonelli told Formula Scout after taking gold. “Basically I was driving not properly because I was struggling a bit, but we still managed to have good pace and to win the race.

“I had a lot of pain so I had to take some medicine to be able to drive. During the race the first few laps was okay but then the pain was getting worse and I had to manage it a bit. Luckily the gap I made at the start was enough to then manage.

“The restart was something new this weekend, we had [a safety car period] yesterday but it was at the end of the race so we didn’t restart. So I had to think about it a bit more but I think the restart was good.”

Having won the 2022 ADAC and Italian F4 titles in a second-generation Tatuus car, the 16-year-old said he felt “honoured” to have raced for his country this weekend in KCMG’s unfamiliar first-generation hybrid-powered F4 car.

“Honestly, I am really honoured to represent Italy, because the Italian federation have chosen me for this week, so am really happy to have won and bring a gold medal to Italy.

“This is a good race because you are racing against a lot of drivers from different countries. The car is a bit different compared to the [Tatuus], with the hybrid. But straight away I had a good feeling and was really pleased to have driven this car.

“The cars are all the same so it’s a good opportunity to show yourself and see where you are, and I think it was a good race and a good event, so I would recommend to other drivers who want to represent their country to come and race here.”

Antonelli now switches focus to his 2023 Formula Regional European Championship campaign with Prema, having already got his testing programme underway.