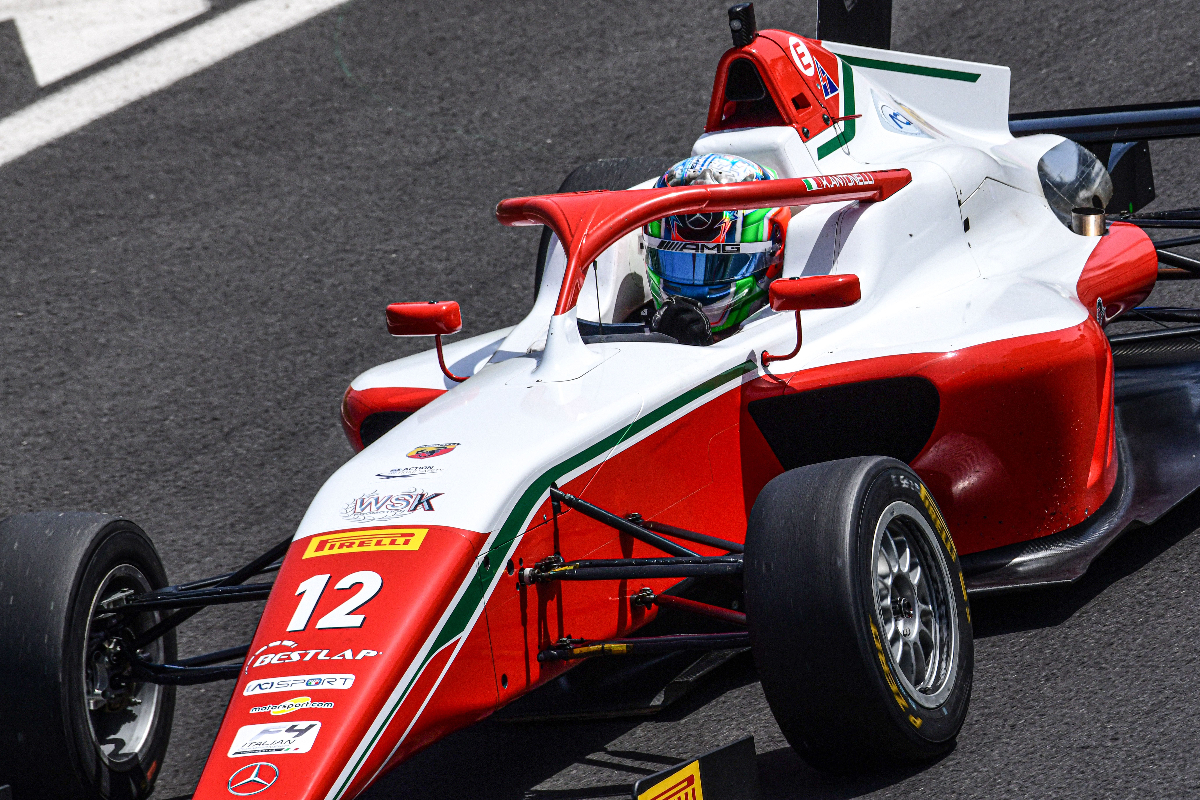 There was little challenge to Antonelli throughout the race. After starting behind the safety car due to wet conditions, the championship leader quickly pulled away from pole.

Camara was brought back onto Antonelli’s tail when the debuting Niko Lacorte and Zachary David came together at turn three, bringing an end to both drivers’ races. But when racing resumed with 14 minutes left on the clock, Antonelli once again ran away.

He didn’t put a wheel wrong, and took his ninth win of the season 5.675s ahead of the rest of the field.

Behind him, US Racing’s Alex Dunne had caught Camara in the final laps. Dunne had picked off team-mate Kacper Sztuka before the first safety car, but was drawn back into a battle with Prema’s James Wharton on the restart.

Wharton briefly took third but ran wide and Dunne was able to come back through. Sztuka and Charlie Wurz joined them to make it a four-way fight, but Dunne was eventually able to shake off the train of drivers as they battled among themselves.

Dunne closed the two-second gap to Camara at the end and challenged the Brazilian for second place. Camara defended hard and almost let the position slip away, but held on to extend his advantage to Dunne in the standings.

There were a number of incidents further back in the order, but none that would bring out he safety car. A wide moment for Brando Badoer dropped him backwards while fighting at the sharp end of the field, but he was able to climb back up to 10th by the chequered flag.

Adam Fitzgerald had a difficult race, making contact with Frederick Lund while they battled for position, then having a wide moment through the gravel on his own which dropped him even further back.

Just outside the top 10, Emmo Fittipaldi was running in a train of drivers battling for 12th when he came together with another driver on the final lap and was spun around. He took the chequered flag in 17th place.