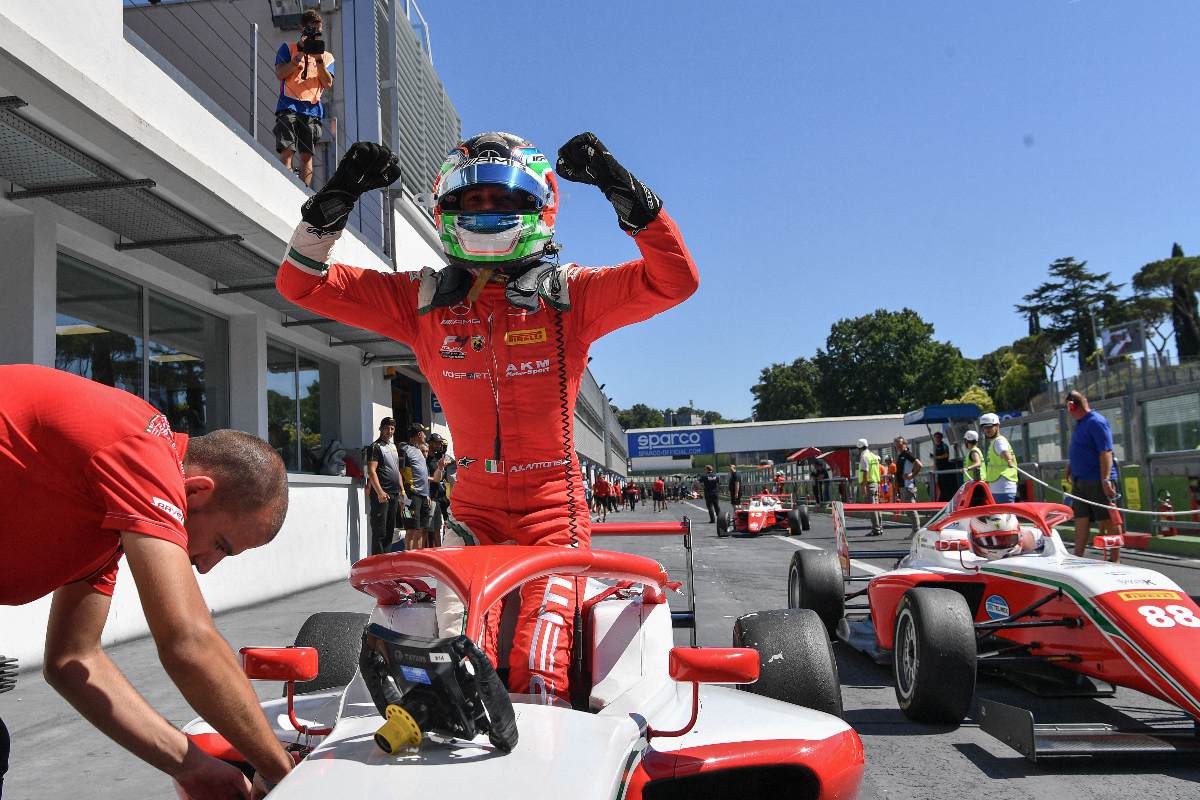 The Prema driver’s job in race three was similar to the previous two as he had to resist challenges from his team-mates on the opening lap and thereon was in control up front for his eighth victory of the year.

It only took until lap two of the race before Antonelli’s chief title rival Rafael Camara became preoccupied with defending second place from team-mate Charlie Wurz rather than attacking the leader, anf the result was Antonelli settled into a pace-setting rhythm up front to win by 1.207 seconds.

Camara shook off Wurz, who was also then unrivalled in third place as US Racing team-mates Alex Dunne and Marcus Amand collided and ended their races when they could have challenged for the podium.

James Wharton snuck by them during their squabble and he completed a Prema 1-2-3-4 with PHM Racing’s Taylor Barnard best of the rest in fifth.

Kacper Sztuka and Nikhil Bohra ended up being US’s highest placed drivers in sixth and seventh, and Iron Lynx’s Maya Weug scored her first points of the weekend in eighth.

Conrad Laursen and Nikita Bedrin had a fight early on that ended sourly but did not force the pair into retirement. Laursen was able to finish just outside of the points in 11th, while Bedrin lost his front wing but pitted and was able to finish 19th.

Also having a clash were Van Amersfoort Racing’s Emmo Fittipaldi and BWR Motorsport’s Alfio Spina, with Fittipaldi breaking his front wing against the rear-left of tyre of Spina which punctured and caused a safety car period as Spina stopped in the gravel.

The final incident was between Ismail Akhmed and Georgios Markogiannis, and Akhmed retired towards the end with a damaged car.