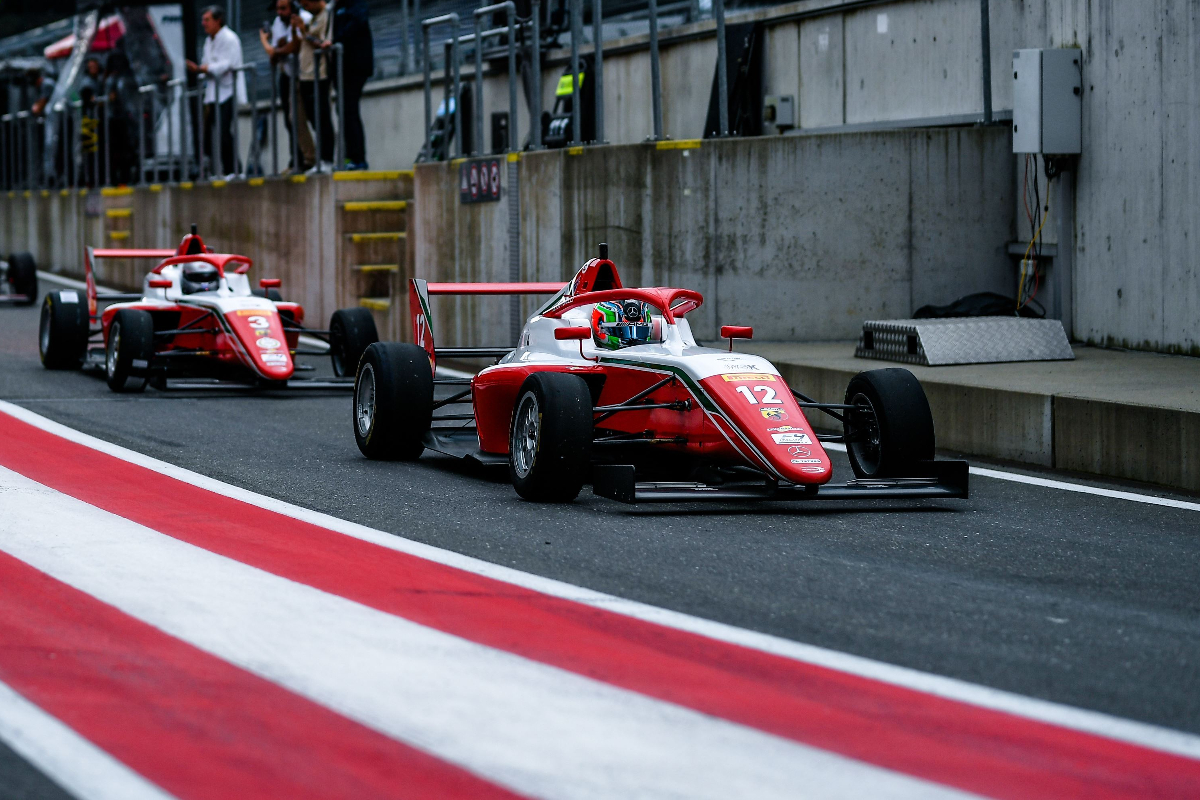 Prema’s drivers set the pace in Italian Formula 4 qualifying at the Red Bull Ring, as the order was set for the weekend’s expanded schedule of four races.

The capacity 40-car entry list was split into two groups, with each group getting their own qualifying session instead of the usual format of everyone contesting two sessions.

McLaren junior Ugochukwu, making his series debut on a track he has tested at multiple times previously, then came to the fore by a slim margin and sat at the top of the timesheet until late on as Antonelli’s last lap put him ahead by 0.049 seconds.

US Racing’s Alex Dunne demoted Laursen to fourth, and new BVM Racing signing Alfio Spina (previously of BWR Motorsports) was fifth fastest. Iron Lynx’s Ivan Domingues was the last driver within a second of the pace in sixth.

Prema also set the pace in Q2, which like the earlier session took place in wet and foggy conditions, and it was Rafael Camara who ended the session at the top of the times.

His team-mate Rishab Jain caused an early red flag, and there was then a second stoppage to the session that brought it to an end a minute-and-a-half early.

Niko Lacorte, driving for the Iron Lynx-supported Cetilar Racing team, was seventh fastest on his debut.