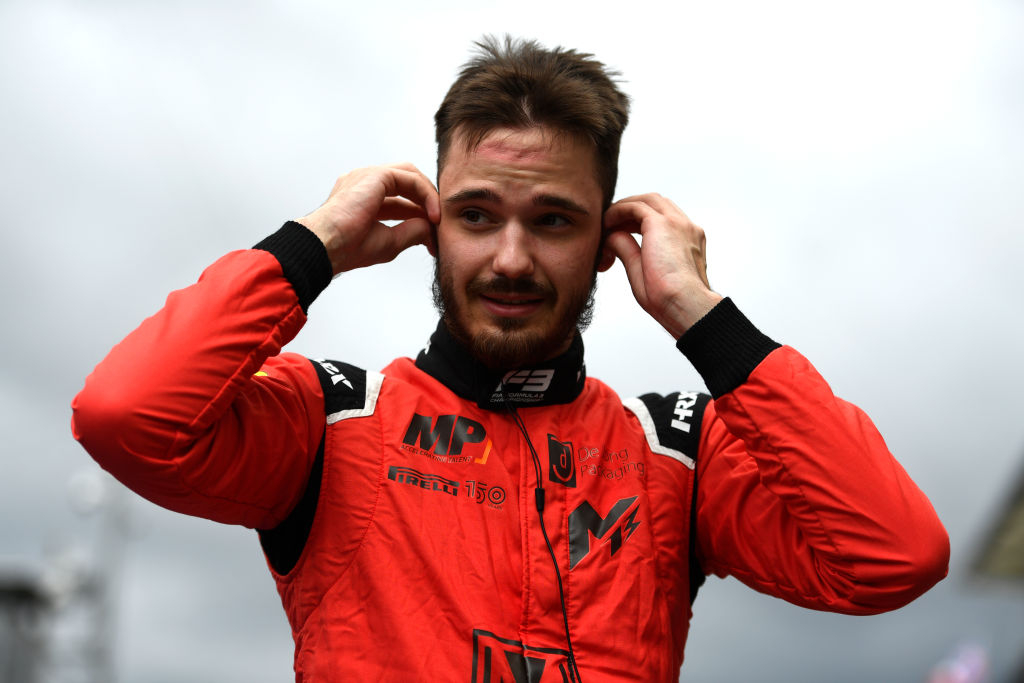 MP Motorsport’s Alexander Smolyar claimed his second pole of the season for the FIA Formula 3 finale at Monza, with six of the seven title contenders qualifying in the top eight.

Trident’s Roman Stanek sat in first place, 0.450 seconds ahead of Hitech GP’s Isack Hadjar, after everyone had completed their first lap.

A second timed lap left all three Trident cars in the top three, with Stanek leading Jonny Edgar, who had had his previous laptime deleted for exceeding track limits, and Zane Maloney.

Drivers would still go for a third lap on the same set of tyres, and Prema’s Ollie Bearman rose to second place, 0.099s off the top.

Red flags were waved with just over 15 minutes remaining to go after Hadjar – second in the standings – ran wide at Parabolica and lost control of his car as its rear touched the gravel on the outside of the corner. He hit the barriers, damaging the rear of the car and putting the Red Bull junior – who was eighth on the timesheet at that point – out of the session having just set the fastest sector two of anyone.

Qualifying resumed eight minutes later, but most drivers wouldn’t head back out until the last five minutes.

Smolyar made the most of a slipstream from team-mate Caio Collet to set a 1m37.559s which would be good enough for pole.

Maloney and Stanek, who benefitted from Edgar’s tow in their last attempt, will line up second and third in Sunday’s feature race.

Only a few drivers could improve in their second lap of the second set of tyres as yellow flags were out at the first chicane as Campos Racing’s Hunter Yeany went straight into the wall after riding the sausage kerb at the inside of turn two.

ART Grand Prix’s Victor Martins was among those who bettered their laptimes, concluding the session in fourth place just ahead of title rivals Arthur Leclerc and Bearman.

Jenzer Motorsport’s William Alatalo qualified a personal-best seventh, and Campos’s Pepe Marti had his best F3 qualifying in 11th. He will start Saturday’s sprint race second on the reversed grid alongside Collet, who was 12th fastest.

As a consequence of his accident, Hadjar will start both races down in 16th position.

The Trident team is set to be investigated by stewards due to a pitlane infringement.