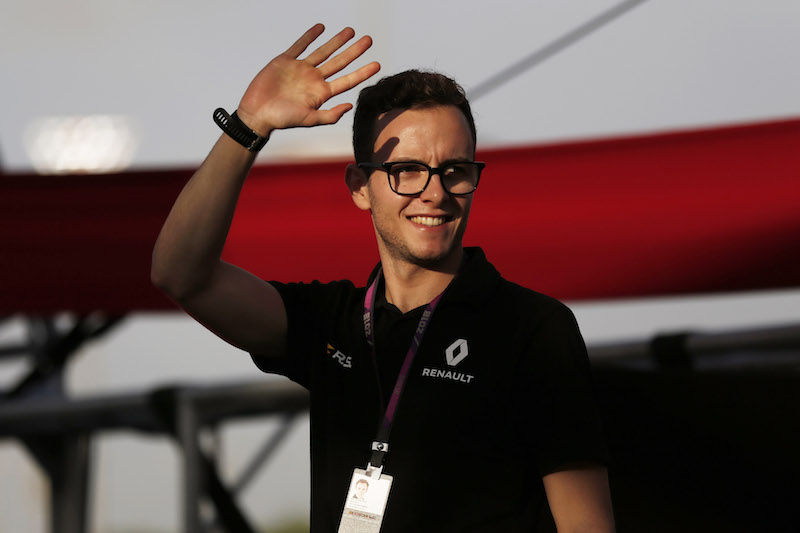 GP3 champion Anthoine Hubert will step up to Formula 2 this year after securing a seat with Arden.

Hubert becomes a full member of the Renault Sport Academy after joining the programme as an ‘affiliated driver’ in 2018.

The Frenchman had his first taste of F2 with MP Motorsport in the Abu Dhabi test at the end of last year, but his rookie season will instead come with the Arden team, which announced a tie-up with HWA earlier this week.

“It’s really good to finalise my contract with BWT Arden,” he said.

“After winning GP3 last year I knew I had a big chance to get a good drive in Formula 2 in 2019, so thanks a lot to Renault Sport and my partners for their support throughout the winter.

“It’s a really good opportunity for me to join Arden especially with their new collaboration with HWA Racelab. The experience and professionalism from Arden and HWA Racelab will be a really good mix for me to learn from and progress. Now it’s time to focus and work hard to be ready for the start of the season.”

Hubert is one of two Frenchmen on the Renault Sport Academy roster for 2019, with Victor Martins being kept on by the programme ahead of his second season in the Formula Renault Eurocup.

?We?re very pleased to promote Anthoine to the Renault Sport Academy for 2019 after a successful season as an Affiliated Driver last year,” said the programme’s chief Mia Sharizman.

“Anthoine fully deserves this opportunity as an Academy Driver.

“His consistency and level head proved decisive last year and he will undoubtedly draw on those attributes for his first attempt in Formula 2 this season.

“It?s also a great opportunity to have one of France?s most talented young drivers on our programme and we will assist Anthoine as much as possible in Formula 2.”