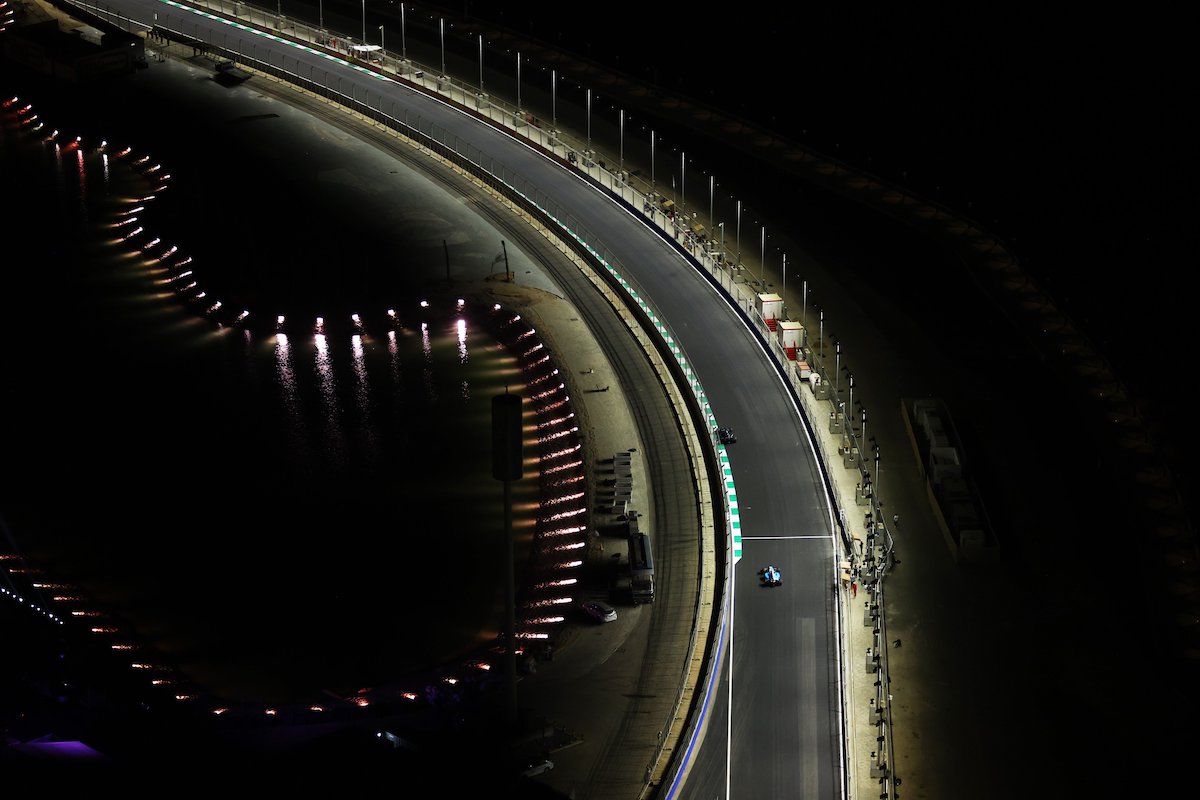 F2 drivers had to get quickly up to speed on the brand new Saudi Arabian circuit. Here’s what they made of its unique challenges

The all-new Jeddah circuit has already proven to be treacherous and fearsomely quick after just one day of running on it ahead of the Saudi Arabian Grand Prix. Some of Formula 1’s drivers, much like Ferrari’s Charles Leclerc, found themselves being caught out by the close proximity of the barriers. Nonetheless, it’s already proven popular with many of the drivers.

F2 drivers have likened it to Monaco, Macau, Silverstone, Red Bull Ring and more classic circuits in one capacity or another, while certain corners have already become contentious or infamous. Traffic also became a hot topic once drivers started backing up to make space in qualifying.

Regardless, the reaction to the all-new circuit has been very positive. Drivers were already excited to drive it, based upon their experiences on simulators and then their track walks on Thursday, but what did they make of their first day behind the wheel?

Oscar Piastri took his fourth pole position of the season at an average speed of 136.894 miles per hour, which is incredibly quick for a F2 car, especially one going around a track with 27 turns, was surprised at how few stoppages were seen – especially during qualifying.

“My closest description to it is basically Silverstone but with concrete walls on either side,” said the championship leader. “So, it’s pretty nuts. And yeah, to be honest, I was quite surprised we didn’t have any yellow flags or red flags in qualifying, so that was nice.

“It’s a very unique circuit, it’s not really something we’ve ever seen before, and the closest thing for me is some of the sections at Silverstone. It adds in a bit more of a fear factor when you’ve got walls either side. That’s the only way I can describe it, really.”

Prema team-mate Robert Shwartzman, however, compared it to another infamous street track: “It reminds me more of Macau, to be honest. Just a very smooth and fast Macau. I think quite a lot of people have already forgot what Macau is like, but I really like the track in those days when we were driving it in 2019 and ’18 (pictured below). 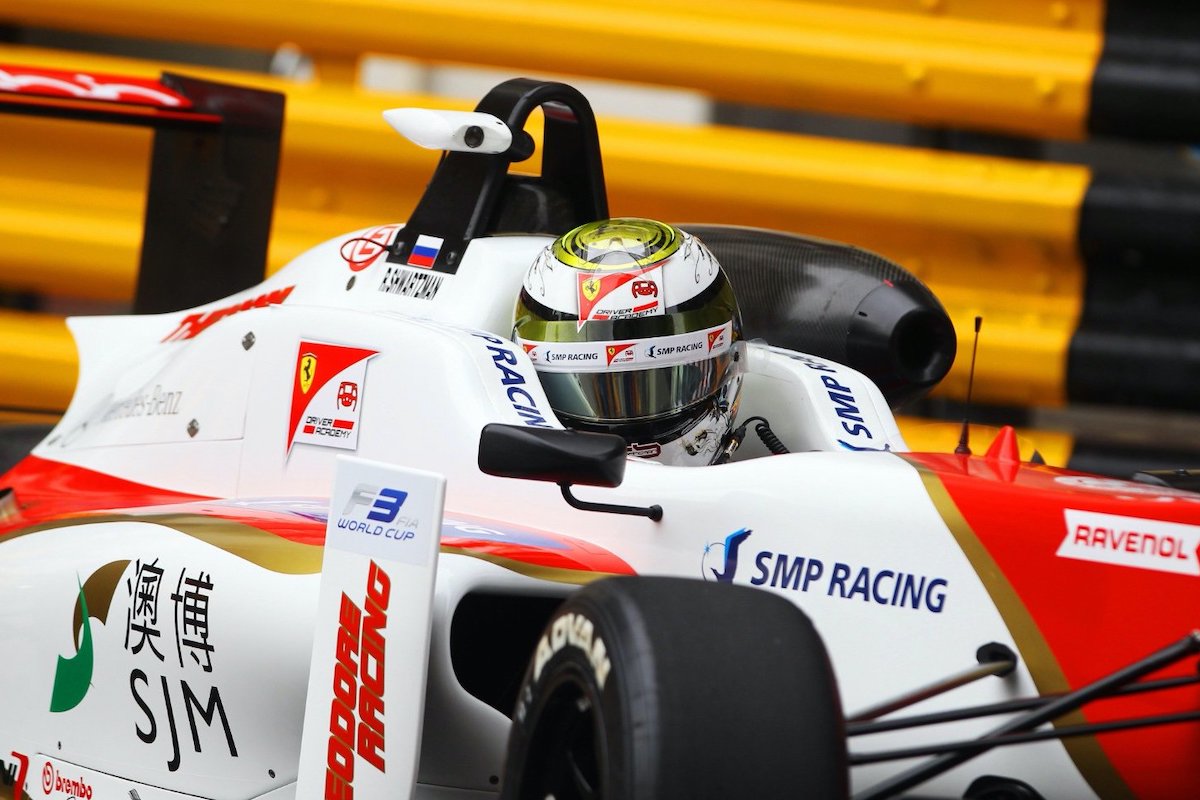 “So, yeah, it reminds me a bit of that. It’s just quicker, and smoother. But it’s still doesn’t allow you to do any mistakes, and the feeling with the walls is very, very similar like in Macau.

“So, you have these flowing corners and I really like the track, it’s really nice. It’s something new basically in the F2 calendar, and I think for Formula 1 too. So it’s it’s really a nice track to drive.”

Sauber starlet Theo Pourchaire initially was unable to explain the circuit when asked about it in the post-qualifying press conference but went on to highlight that it doesn’t really reflect any track he knows. “I think this track has something special. Sector one is just amazing after the first chicane, turn 4/5/6/7/8 until turn 10. In quali it was just amazing, and then the banking, the two fast chicanes. This track, I just love driving here during the quali. It’s a really good new track.”

One turn that has become contentious is turn 22 – where Leclerc crashed in F1’s second free practice and was highlighted by GPDA director George Russell as a particularly difficult corner given how close the walls are. The top three in F2 qualifying offered their views.

“It’s a difficult corner, yes. It would be more difficult in the race? I’m not sure,” Piastri queried. “We’ll probably be a little bit less on the limit. But you still have to respect that corner, and it’s quite a weird corner because it feels like you should be able to carry so much more speed.

“But then there’s a kerb and a concrete wall directly ahead of you. I don’t think it will be much more difficult in the race than qualifying, but it’s definitely a tricky chicane because you’re also coming from such high speed, with DRS, trying to turn and brake, it’s a difficult corner.” 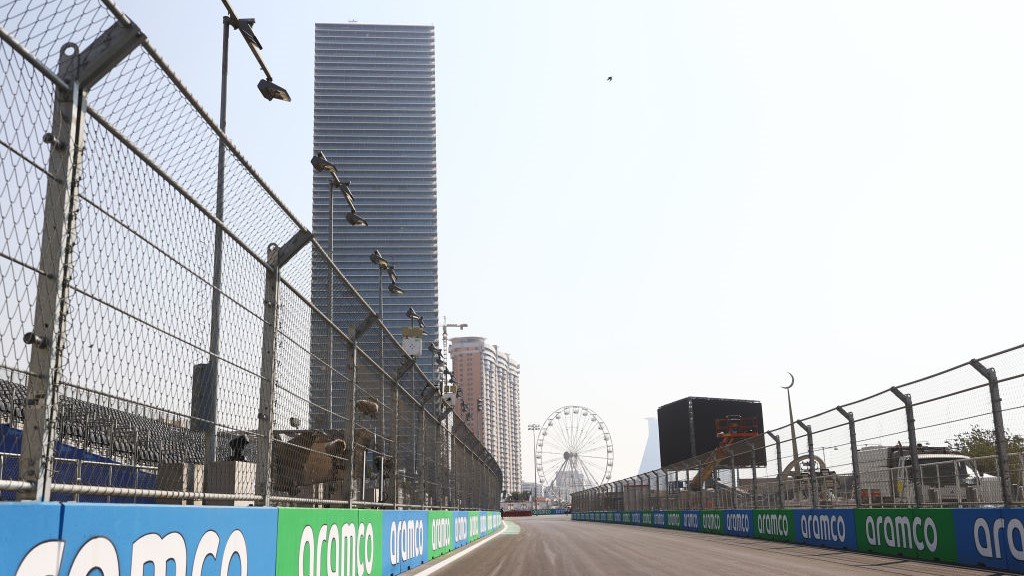 Shwartzman felt the turn was the most challenging of the 27. “To be honest, I think it’s the hardest corners there is on this track. Because before the turn-in you have a little bump that’s sort of unsettling your car a bit on the entry.

“Plus, I think it’s the highest speed corner there is on this track. So, yeah, and both combined, this is the trickiest one and the most challenging. But at the same time, it’s really interesting. I think also the biggest thing of the corner is that it’s a bit blind, because you’re sort of going in one direction, always to the right, and you’re not exactly sure where is the braking position.

“And then at some point you really need to turn left, and you basically just need to believe where the corner is. And just sort of search for it like ‘OK, I managed to get it through’. And also, there is another thing that there is the kerb, and kerbs here are quite aggressive so it’s important not to misjudge the braking point to not go to the kerb and maybe lose the car. But overall, it’s a very interesting corner.”

“This morning in free practice, I struggled a bit more in that corner than the others,” Pourchaire admitted. “Turn 22, you arrive really fast with the DRS open and you’re turning on the braking zone and then going left. You can’t see the exit of the corner, so it’s not an easy one. But we are getting used to it now.”

Before F1 qualifying, where there will likely be the sort of near misses seen several times this season with some cars on flying laps and others trundling around very slowly, F2’s running too was not seen without issues. Piastri’s closest title rival Guanyu Zhou, heading one of the two packs of cars, purposefully did two preparation laps, which interrupted the flow of the session and hampered the plans of several drivers.

“I would say practice was quite tricky in terms of traffic management,” Piastri said. “Because especially in sector one, like before the walls you can’t see who’s coming behind you. So, it was very important to have the engineers on the radio telling you who is pushing and who wasn’t. It was a lot better in qualifying because everybody ends up on the same run plan and same sequence. 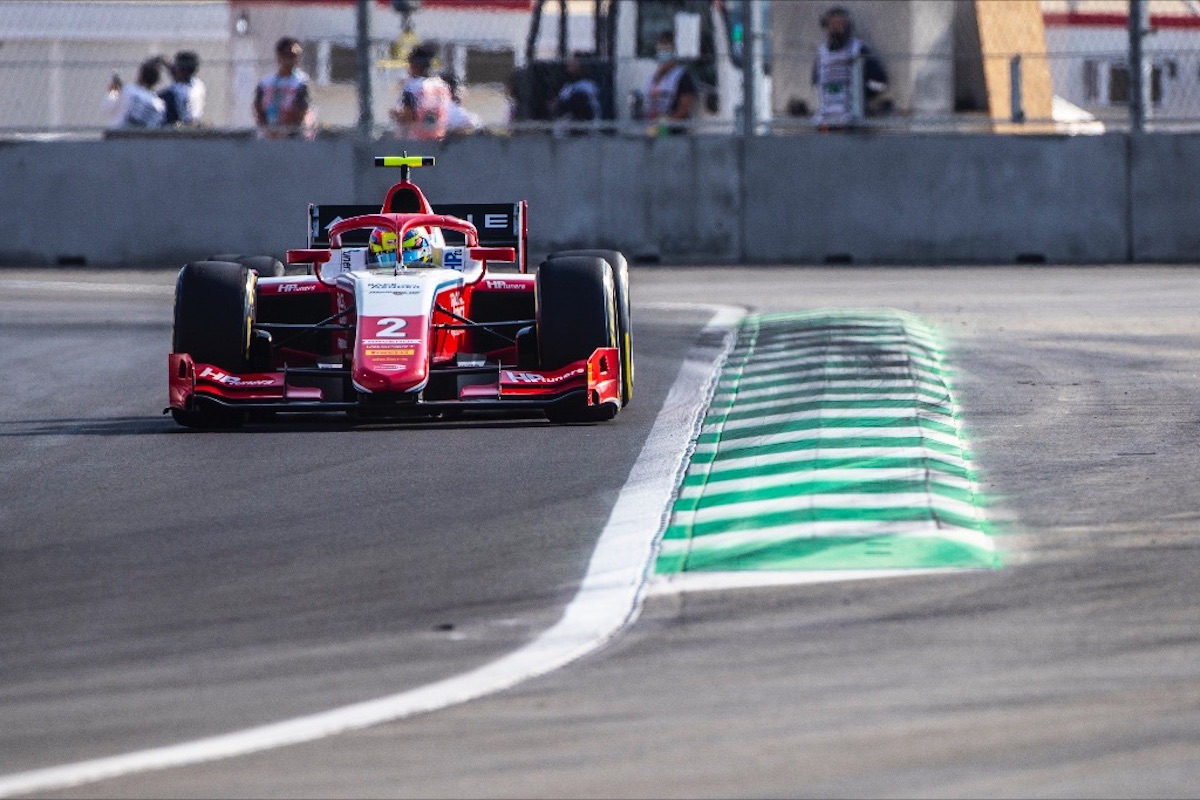 “You’ve got to treat it like any other street circuit, really, because Monaco for example, you see yellow flags, you know somebody is going to be stuck in the middle of the track. It’s the same here.

“As drivers we obviously need to take a bit more caution because we can’t see. But yeah, I guess also the marshals have to be on it as well. Of course, they have to be on it at every circuit, but here, yes, that probably is a bit more important. And I think that they’ll be fine on that.”

“It’s a city circuit” Shwartzman added, “so [we] just need to be careful and cautious of what’s happening. Here the yellow flags are a bit more important than on the usual racetrack because in the usual racetrack you can see from far behind if there is a car somewhere.

“Here, it’s a more of a straight now. So yeah, it’s just important to be on it, and if something happens to be ready to avoid, just in case of safety. Hopefully there won’t be a lot of crashes or yellow flags in front of us, so we don’t need to do that.”

Pourchaire, meanwhile, felt the earlier session produced the biggest risk with slower cars. “The more dangerous was free practice, because there were some cars doing cool down laps, or the cars pushing. So, this was dangerous. Tomorrow for the race, we’re just going to do the train, more or less. We have to be careful, but it’s also the job of the marshals and the race director. As a driver we have to be fast, so we will see. But I think it’s not a big problem.”