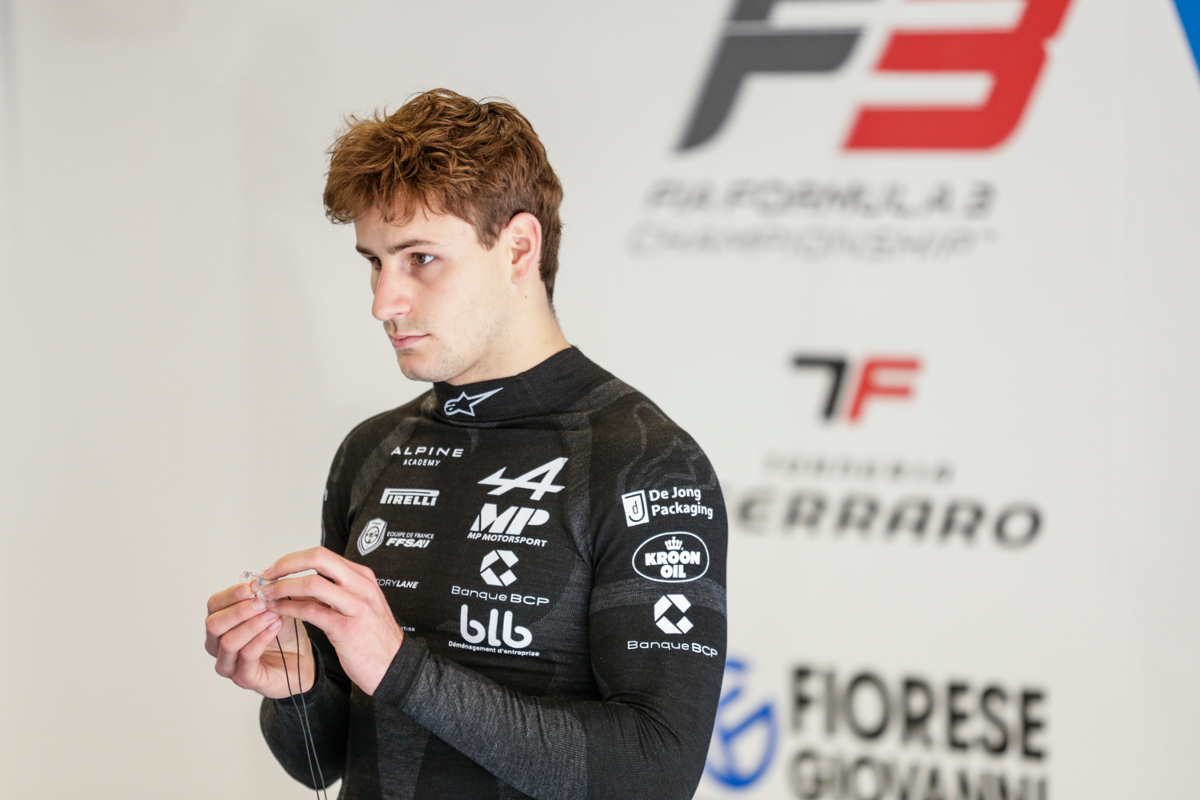 Collet was fastest at the Red Bull Ring and Martins set the pace at Barcelona, the venue of this weekend’s season opener, and the combined average from the two tests also put fifth and ninth in the 30-car grid on long-run pace.

However when speaking to the media ahead of their FIA F3 debuts, both Martins and Collet outlined that they expect other teams to rise to the top when the racing action gets underway.

“I’m not so sure,” Collet said when questioned on how representative MP’s test form was.

“There is a few teams that will come really strong, like Prema and ART. I think we are not really at the level that we’re used to seeing them, so I think I expect them to be high up. But [testing] was good.”

Martins took a slightly more optimistic view, highlighting that the teams keep to their own respective test programmes.

“Obviously it’s testing but if you check it’s always the best teams who are almost in front in any testing so we can expect that we will be in front, we will be fighting for top positions.

“But at the end there is always an interrogation and you never know. But we are pretty happy with how the car was working, and what kind of job we are doing in the car.”

However, the reigning Formula Renault Eurocup champion is not adding himself to the list of title contenders quite yet.

“I don’t see myself for the moment as a title contender because I don’t want to put any pressure, I don’t expect of myself a lot” he replied when Formula Scout asked of his title potential.

“Because I have seen in the past, in the previous years when you expect a lot less on yourself is when you perform the most, so I will give all the chances to be at the front, to perform as much as possible.

Martins defeated Collet by 44 points in last year’s Eurocup to take the title and earn his way back into the Alpine Academy after being a member of the programme in 2018 and ’19 when it was affiliated to Renault.

“I’m sure we can fight for the top positions and for victories, but I don’t expect that from myself, and all the people surrounding me,” Martins said.

“They don’t expect me to do that position or to be there at the first round. They just want a really good progression during the year and learn as much as possible.”