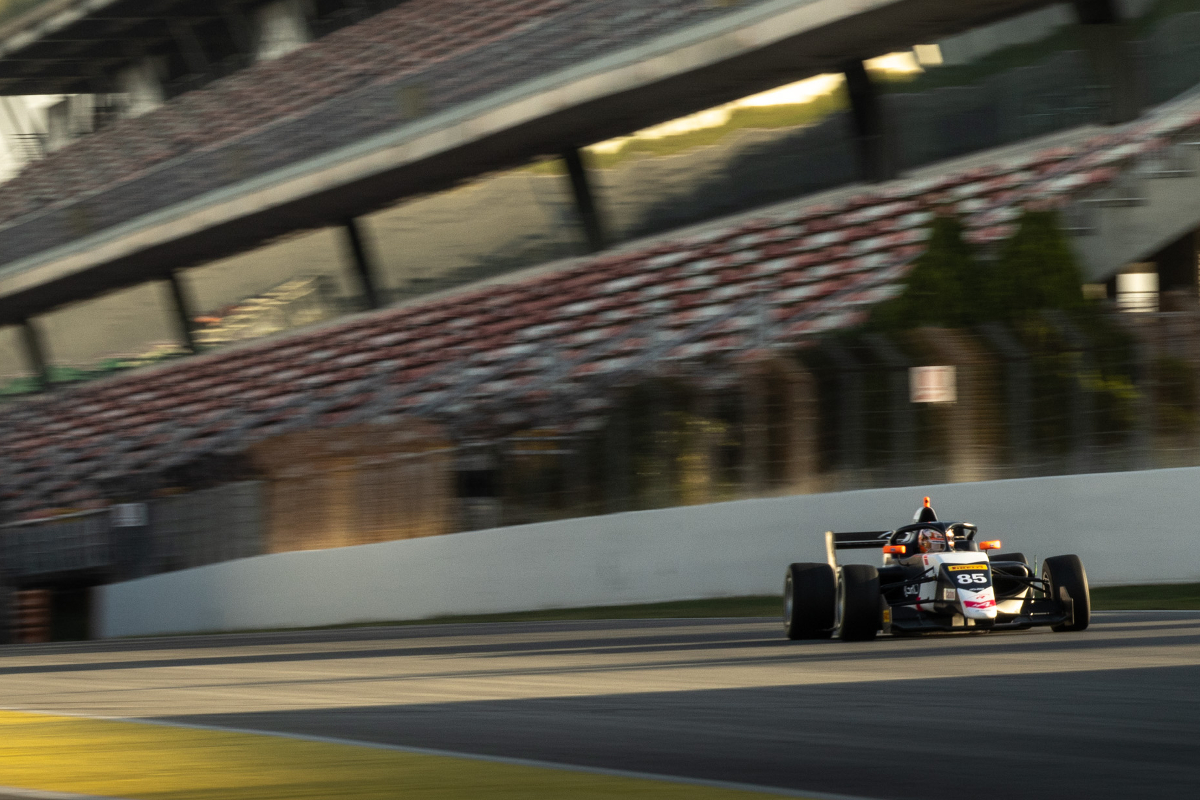 Bortoleto ran in Group B, which went on track first, and as almost all of the group went out together there was lots of jostling before flying laps even began.

FA Racing’s Francesco Braschi and Nicolas Baptiste headed out later and benefited from clear air to set the pace.

Even later than them to leave the pits was R-ace GP’s Hadrien David, and his second lap put him in second place. The field started to spread out for the third laps, and R-ace’s Bortoleto went quickest ahead of Joshua Duerksen and Gabriele Mini.

Race Performance Motorsport’s Owen Tangavelou then went second fastest, with David shuffled all the way down to 15th before he crossed the line and set a new benchmark ahead of team-mate Lorenzo Fluxa, who he was providing a tow to.

Only Pietro Armanni improved on the fourth laps, then there was a flurry of personal bests next time by with Bortoleto and Tangavelou returning to the top two spots ahead of David, Mini and Fluxa.

The battle to top the group came down to the final lap, and Bortoleto improved by a tenth of a second to top the group ahead of David and non-improver Tangavelou. Duerksen and Mini were fourth and fifth fastest.

G4 Racing’s Axel Gnos was first to set a lap in Group A, but the early pacesetter was Prema’s Amna Al Qubaisi ahead of ART Grand Prix’s Laurens van Hoepen.

Al Qubaisi soon fell to the bottom of the timesheet, with MP Motorsport’s Dilano van’t Hoff going fastest on the third laps until FA Racing’s Victor Bernier used clear to go to the top.

His 1m40.599s lap was 0.067 seconds slower than Bortoleto’s best, meaning the Group A runners will all line up in the even-placed positions on the race two grid, with Chovet in second place on the front row.