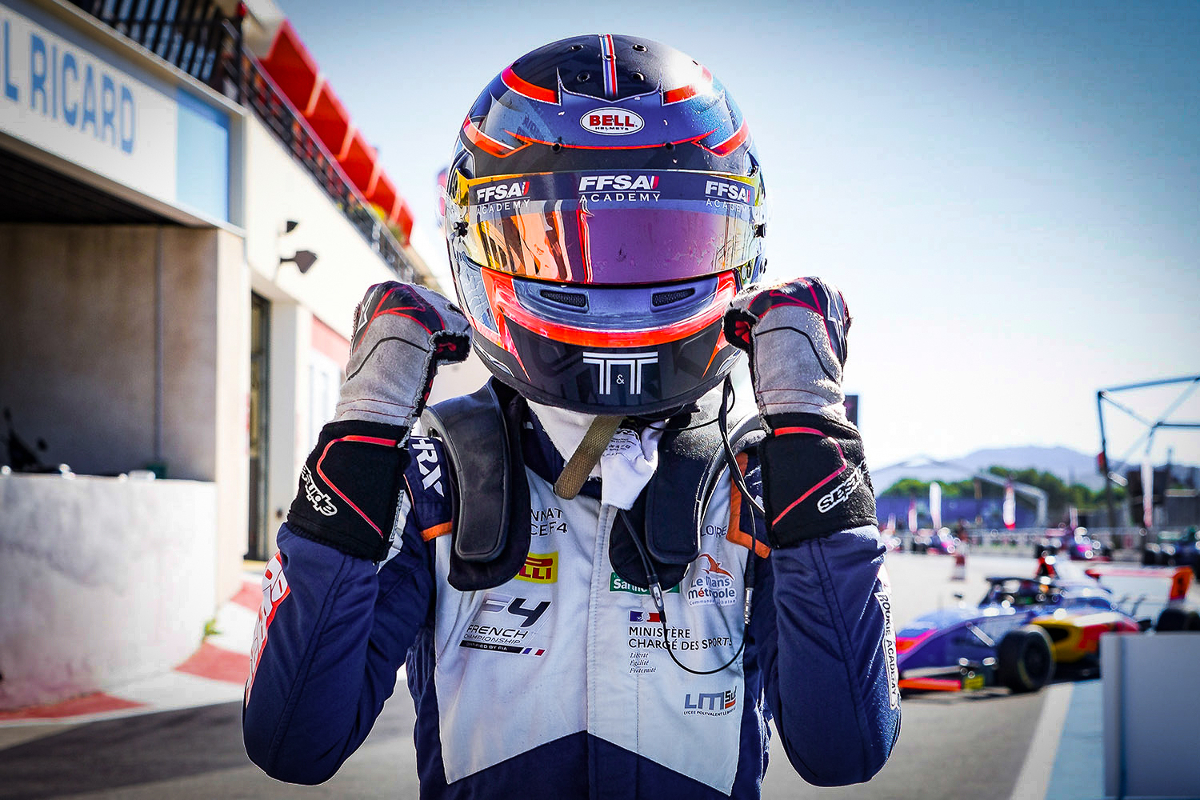 Alessandro Giusti capped off his title-winning French Formula 4 season at Paul Ricard with his second win of the year.

The second-year driver converted his seventh series pole into his fourth win by keeping it clean at the front on a hectic opening lap and then keeping Honda junior Souta Arao at bay through the first half of the 11-lap race before upping his pace to pull away and win by 2.725 seconds.

Second place for Arao meant he finished third in the points standings, with Hugh Barter taking the championship runner-up spot by finishing third in the race.

Barter started third on thr grid but dropped behind Pierre-Alexandre Provost early on. He set fastest lap as he tried to find a way back past, but also had to be wary of Elliott Vayron behind, and finally got through on the penultimate lap.

Provost was able to reclaim third briefly, but Barter then found a space left open in the first sector to squeeze ahead. They went on to the Mistral straight side-by-side and Provost ran off-track on the left-hand side as Barter squeezed him.

On the brakes Provost was able to use the inside line at the chicane to get ahead, and exiting the corner there was some contact between the two. Barter used the slipstream down the second half of the Mistral straight to get alongside Provost at Signes. He took the outside line and then ran off track on the dustier part of the circuit, but in the final corner the battle concluded in Barter’s favour by 0.102 seconds.

On the last lap Elliott Vayron also escaped a big battle for points, finishing fifth ahead of Enzo Peugeot. They had been running nose-to-tail with Dario Cabanelas and Jeronimo Berrio too before drama at the end of the race sent Berrio down to 11th and Cabanelas down to 17th.

Peugeot also had an incident at turn 11 with Pablo Sarrazin that required the latter to pit, while two cars stopped on track during the race.