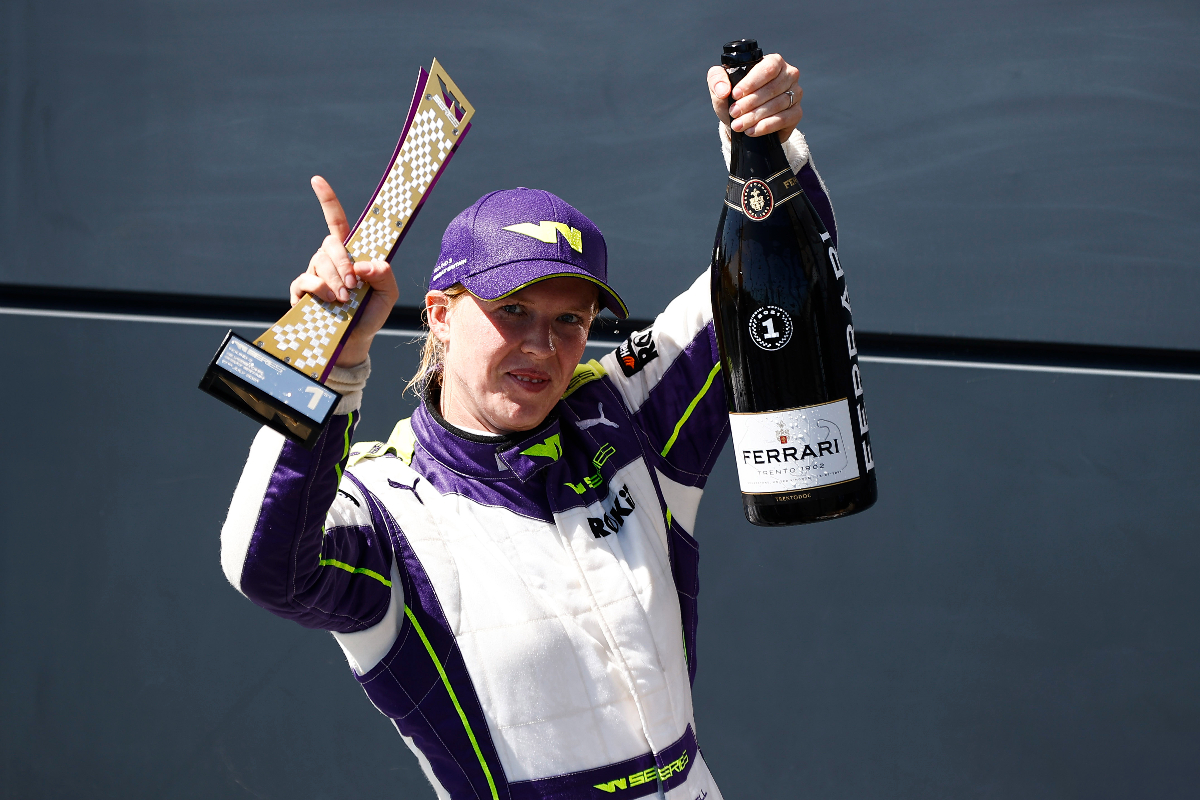 Last year’s W Series runner-up Alice Powell has confirmed she will be returning for her third season in the championship.

The Briton took three race wins, a second and a third from eight races in 2021 to finish 27 points behind champion Jamie Chadwick, who also recently announced she will remain in the series, and won a race in the series’ inaugural 2019 season.

Powell will also renew her rivalry with her own protege Abbi Pulling, who impressed in her part-time rookie campaign in ’21.

Announcing her return, Powell expressed her delight “to be back and fully focused on W Series this year”.

“I’m expecting this season to be even harder than last – Jamie Chadwick is back to defend her title, Abbi Pulling is back for a full season after finishing in the top eight and getting a pole position last year despite only doing four races, and there are some really fast young drivers attending the pre-season test in Barcelona this week.”

Powell will work in Formula E as Envision Racing’s development driver in addition to her W Series commitments.

“Hopefully I’ll have the right tools to launch another strong bid for the title and be able to win the championship. I’ve finished third and second in the two previous seasons, so surely number one is next!” she added.

Powell and one other driver’s W Series campaign will be sponsored by Bristol Street Motors, which renews an association from the start of Powell’s car racing career.

“Bristol Street Motors have supported me since 2008 when they were one of my first big sponsors in Ginetta Juniors, and they have continued to help me throughout my career, so to be back with them is a great feeling.”

While it has been confirmed to Formula Scout that W Series’ grid will remain operated by one team this year, it has not yet been revealed whether the rotation if chassis and engines between drivers will remain and therefore if ‘Click2Drive Bristol Street Motors Racing’ decals will remain on the same cars through the season.