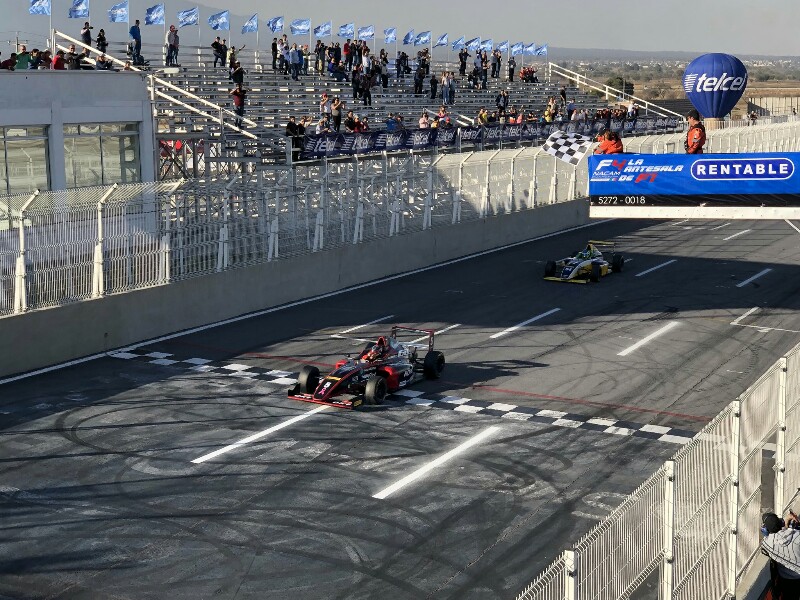 The local driver had visited the podium five times in the first seven races in her third year in the championship, and qualified third for the first race of the weekend.

Championship leader Moises de la Vara started from pole, for the fourth time this season, but he was unable to maintain the lead and lost out to Mohnhaupt and Igor Fraga, the 2017 F3 Brasil Academy champion and one of the finalists in the inaugural Formula 1 eSports competition.

The pair battled for the lead for the duration of the race, with Mohnhaupt prevailing by a third of a second, and making history in the process.

“I feel very happy with the victory,” said MomoF4 Team driver Mohnhaupt after her groundbreaking success.

“The truth was that it was very hard to get the chequered flag, but we did the job well with the team.”

The second race followed a similar pattern, with Mohnhaupt starting further down the order but making it onto the top step of the podium.

De la Vara and Fraga weren’t as fortunate, with both failing to complete all 17 laps of the race.

The final race of the weekend ended with a red flag due to a shunt involving Daniel Forcadell. This caused some confusion with the results, but it was Fraga who was awarded victory, one lap ahead of de la Vara and Inigo Leon.

De la Vara, who drives for the Esteban Gutierrez-linked Scuderia Martiga team, still heads the championship, with Mohnhaupt and Fraga moving into second and third in the standings.