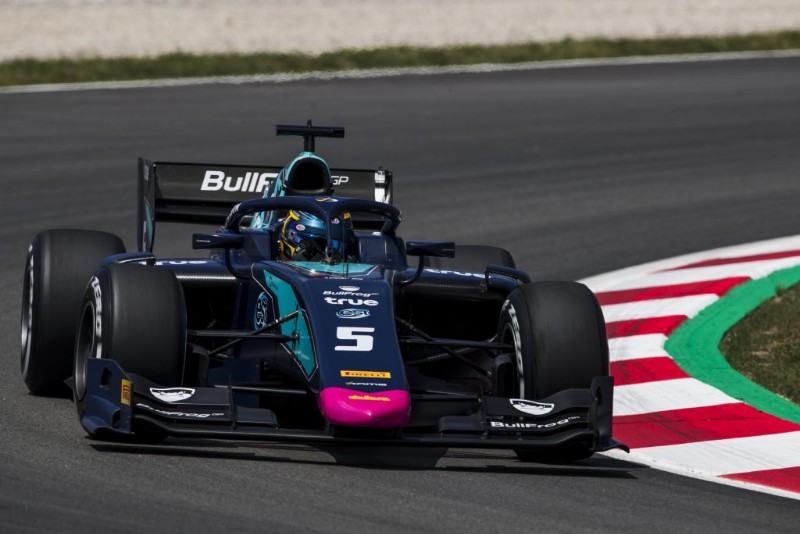 Albon and team-mate Nicholas Latifi ran while the rest of the field remained in the garage between their first and second runs. This guaranteed DAMS a clear track, which was deemed valuable after an opening batch of laps in which traffic had proved disruptive for several drivers.

Entering his second run already occupying provisional pole, Albon improved his time by over three tenths?at the top of the timesheet. Latifi vaulted to second place.

The DAMS pair headed to the garage after that, while their rivals returned to track in an attempt to beat Albon’s benchmark time. Prema Racing’s Nyck de Vries was closest but was 0.227s behind Albon’s pole time. The Dutchman’s effort was one of a flurry of improvements in the closing moments of the session which caused the order to change dramatically.

Luca Ghiotto managed to reclaim third – the position he had previously held after his first attempt. George Russell and Jack Aitken vaulted to fourth and fifth for ART Grand Prix, with the latter having set a session-best time in sector two. Their improvements meant that Latifi slid down to sixth place.

Tadasuke Makino qualified seventh for Russian Time, while his team-mate Artem Markelov once again struggled. The Bahrain sprint race winner will start 19th, after ending up 1.4s behind pacesetter Albon.

McLaren Formula 1 reserve driver Lando Norris will start eighth. He lost 0.4s in the final sector on his best lap. Saturday’s feature race will be the first in which Norris has started from outside the front-row.

Norris’s Carlin team-mate Sergio Sette Camara qualified 14th after suffering a throttle link issue in the opening moments of qualifying. The team resolved the issue and the Brazilian emerged in time to complete only one run.

Carlin’s car-fixing efforts were helped by a mid-session red flag which suspended the clock. Santino Ferrucci spun on entry to the high-speed right-hander of Turn 9, hitting the outside wall. The Trident driver had previously beached his car on the opening lap of the morning’s practice session.