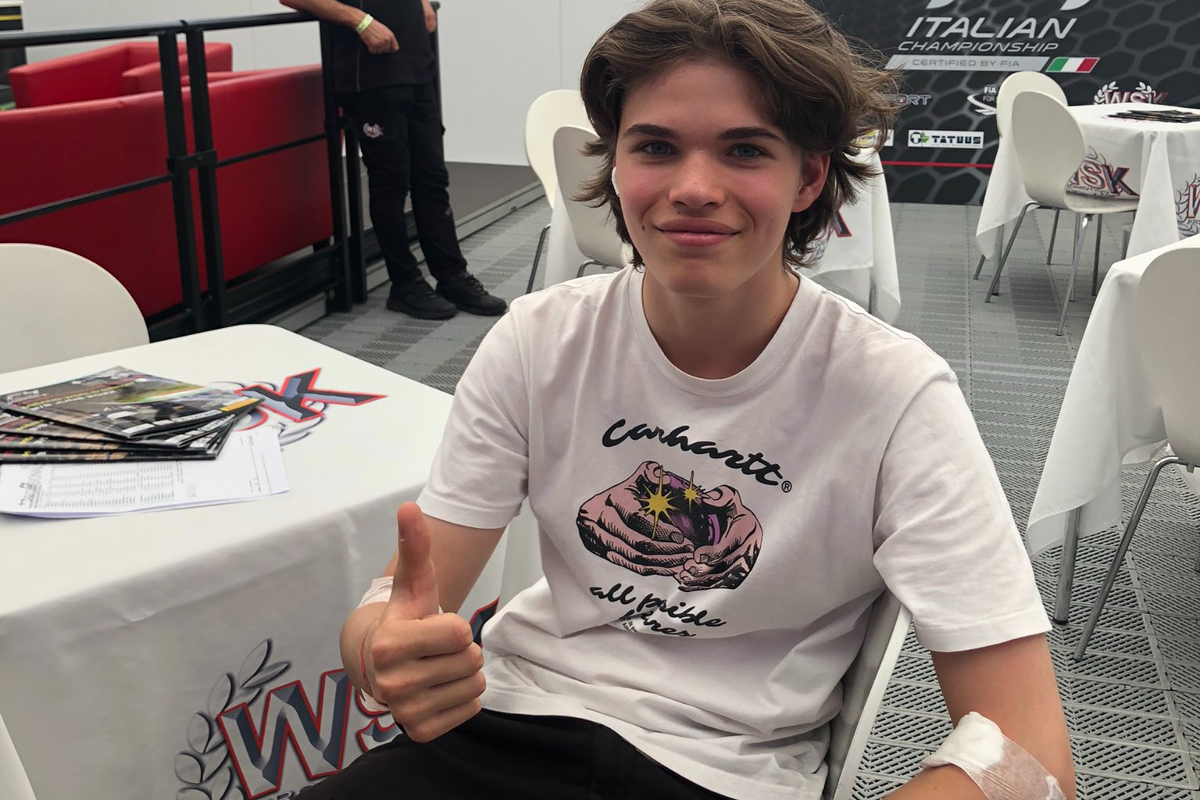 Italian Formula 4 driver Alex Partyshev has been cleared to compete again after hurting his back in last weekend’s Misano round and missing the races.

The Ukrainian youngster drives for Jenzer Motorsport, and did the pre-event Thursday test, Friday free practice and Saturday morning qualifying at Misano before the incident that ultimately ruled him out of the rest of the action.

He brought out red flags in Q2 when he came to a halt on the grass at the side of the pit straight after his car jumped over the sausage kerbs at one corner. After getting out of his car, Partyshev was reported to have held his lower back and then taken to the ground before being stretchered away by the circuit safety team.

Partyshev was taken to hospital and missed Saturday’s race and the two on Sunday, and he now sits 24th in the standings after the first two rounds.

“We’re very glad to let you all know that Alex Partyshev is fine!” read a statement from Jenzer on Sunday afternoon prior to the final race of the weekend.

“After jumping over the sausages kerbs during qualifying yesterday, Alex reported pain in his back. He has been monitored by the doctors for 24 hours and now he’s back with the team and he’s doing well.

“We are relieved to say he didn’t sustain any injury. The doctors recommended a time of one week to rest and recover before racing again and for this reason he will not take part in the third race of the weekend here in Misano. We can’t wait to see him racing in Spa.”

There are two weeks before the next Italian F4 round at Spa-Francorchamps.