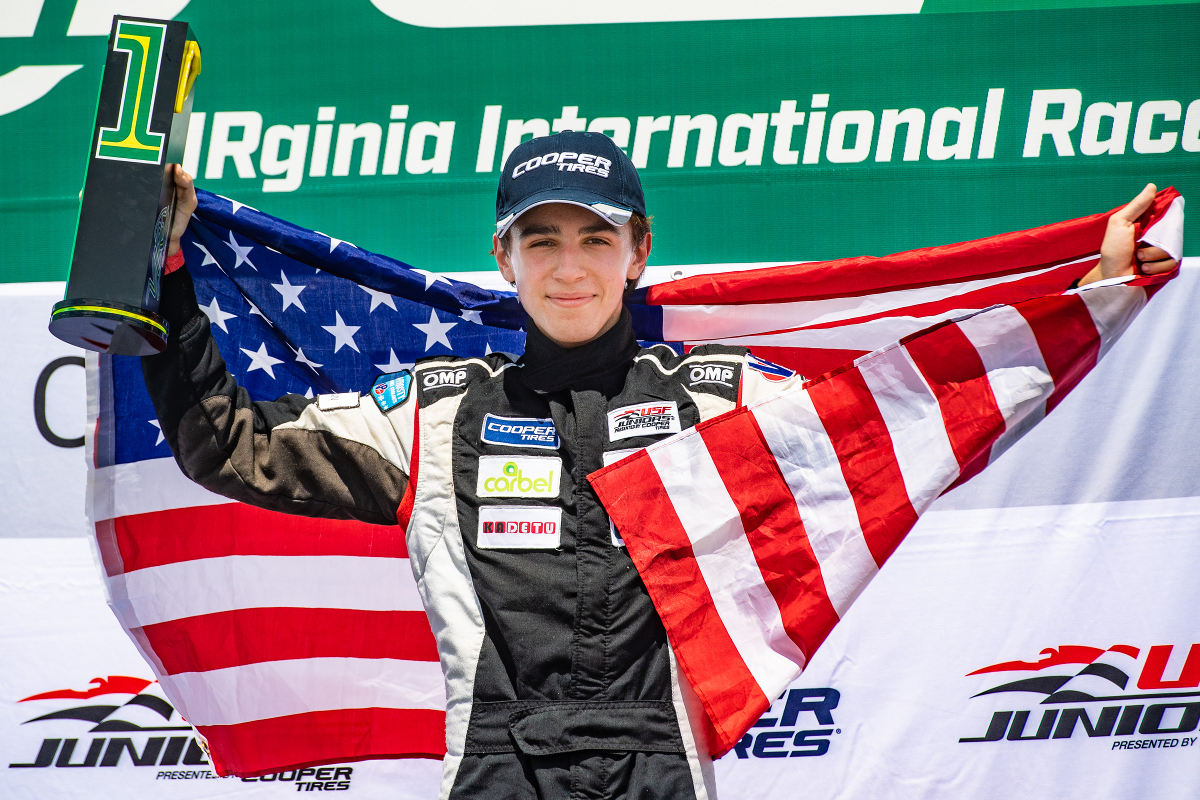 It was not an easy route to success for karting graduate de Tullio, who qualified fifth after his fastest lap was deleted for causing a red flag stoppage during qualifying. He had been fastest, and instead Jeremy Fairbairn took pole ahead of Clark and long-time pacesetter Titus Sherlock. Sam Corry, who had his best lap deleted for causing red flags too, ended up eighth on the race one grid.

Clark took the lead on lap one, with Nikita Johnson demoting Fairbairn to third before he came back at him and eventually spun off on lap two. Johnson got to Clark on lap four and dived down his inside, with Corry coming through too only for Clark to get back by on the next lap.

De Tullio soon joined the fight, going off track but passing Clark, briefly, and having to wait until lap nine until he got a move done that stood. At the same time, Corry had passed Johnson and his defence of the lead then brought de Tullio into play. As he tried to fight past Johnson a few laps later, Clark came at both and there was almost a four-wide moment. Clark briefly led again on lap 14, then de Tullio, with fighting through the final two laps. In the end de Tullio took his first win by 1.955 seconds ahead of Johnson, Corry and Clark.

Race two ended in far closer fashion, with Clark starting on pole but finishing 10th. He led until the pace car and then red flags appeared as Earl Tucker, Ethan Ho and Maxwell Jamieson had contact at turn 16 and ended up in the barriers, which then required repairing.

De Tullio went off from third when racing resumed, then Fairbairn did the same the next lap after fighting Corry. Clark pulled away until the pace car appeared again, with de Tullio in 13th and last.

On the restart lap he climbed to ninth, then onto the seven-car lead train, and got into fifth at the start of the final lap. The top two had gapped those behind, but a side-by-side move by de Tullio through turns 7/8/9 got him into third. The top four all went for the lead into Roller Coaster and Clark went off while de Tullio snuck into the lead and held off Titus Sherlock and Alan Isambard in a drag race to the finish for a remarkable second win.

Clark got pole for race three as well, but had lost his lead by lap three as Corry and de Tullio got ahead. The lead quartet, completed by Johnson, fought all race and Johnson attempted to pass de Tullio for the lead into Roller Coaster on the last lap but went straight off.