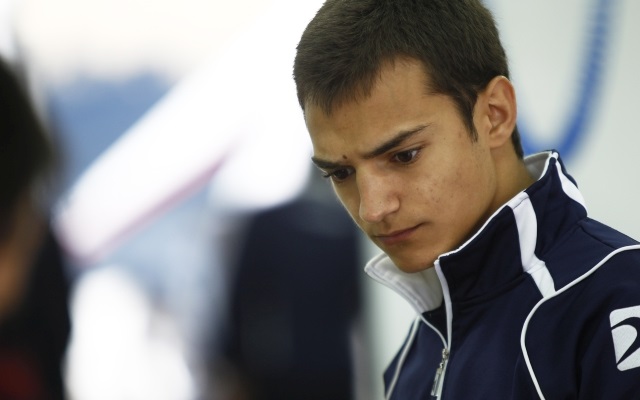 Local driver Alex Palou was fastest in the morning session on the first day of the second GP3 test at Valencia.

The 18-year-old Campos driver controlled the session by taking an early lead and only giving it up to Jenzer’s Ralph Boschung for a short period of time. Bettering his time on numerous occasions, Palou was leading the way until the end, beating the rest of the field except Esteban Ocon by more than half a second.

ART stars Ocon and Marvin Kirchhofer completed the top three but only the Frenchman managed to stay close to Palou’s time, being only a tenth behind.

The Trident duo of Oscar Tunjo and Luca Ghiotto were fourth and fifth fastest, being separated from each other by only three thousandths of a second.

Alfonso Celis brought the third ART car into the top six, followed by Jann Mardenborough who is in action for the first time since being involved in a VLN sportscar accident at the Nurburgring that claimed the life of a spectator.

The top ten was completed by Seb Morris,?Kevin Ceccon and Kevin Korjus, who has returned to the Koiranen GP3 team he raced for in 2013 for this test in place of Adderly Fong, who has commitments with the Lotus F1 Team in Chinese Grand Prix week.

The other change to the line-up for this test sees 2013 GP3 racer Samin Gomez testing Campos’ third car, which had been vacant at the first test in Estoril.