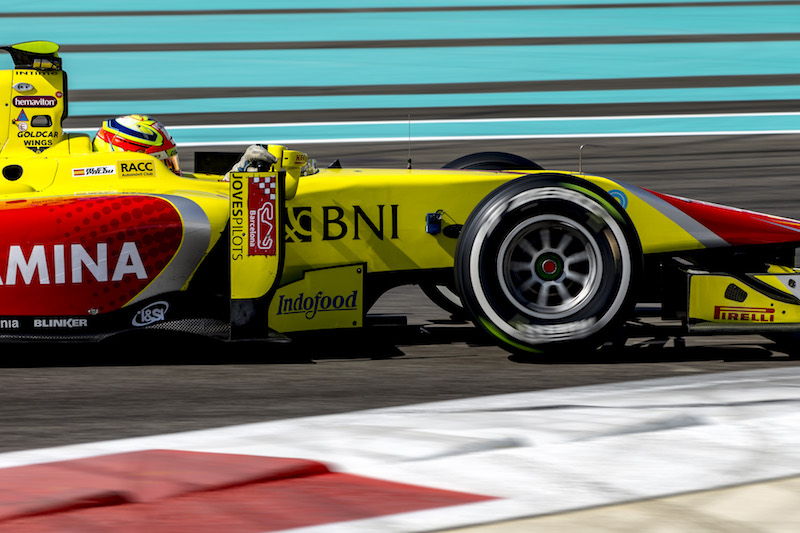 Alex Palou will make his Formula 2 debut with Campos Racing at Jerez this weekend.

The Spaniard takes over from Robert Visoiu in the #12 car for both Jerez and the season finale in Abu Dhabi next month.

Palou, who has a long-term relationship with Campos, finished third in this year?s Japanese Formula 3 championship, and has also won in Formula V8 3.5.

He previously raced with Campos in Euroformula Open and GP3 between 2014 and 2016, which resulted in four race wins and third in the 2014 Euroformula standings.

Palou?s promotion to F2 has been in the pipeworks since he first tested the GP2/11 car with Campos in Abu Dhabi at the end of last year, and Campos gave thanks to the Circuit de Barcelona-Catalunya, through its young driver programme, for making the deal possible.

The departure of Visiou, who joined Campos in Monaco, has been cited as due to “personal reasons”.

Binder back in place of Merhi

FV8 3.5 driver Rene Binder will return to the series at Jerez, replacing Roberto Merhi at Rapax.

Binder, who is currently fifth in the FV8 standings with two wins to his name, will drive in the #19 car alongside Louis Deletraz at the Italian squad.

His best result was a sixth place in the 2013 Monaco Sprint Race, which came with Team Lazarus.

There is no confirmation from Rapax whether the deal goes beyond Jerez, with the team having already ran Nyck de Vries, Johnny Cecotto Jr, Sergio Canamasas and Merhi in addition to its Jerez line-up.