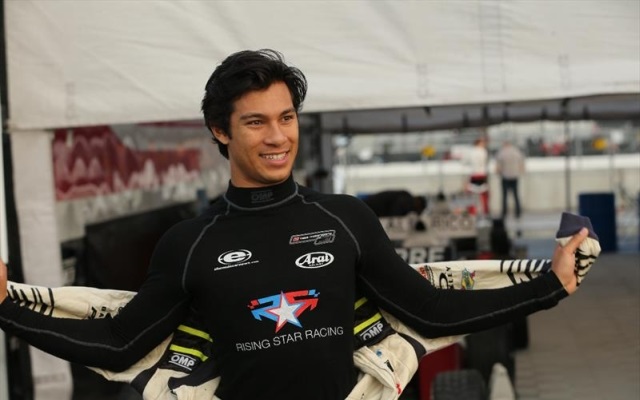 The 22-year-old kept first place after the start and led every lap of the race, which was once interrupted by caution.

The Uruguayan newcomer passed Daniel Burkett on the second lap of the race and held his position as confidently as race the leader ahead of him.

While Burkett raced in the third place in the first half of the race, he was about to be caught by the charging duo of Patricio O’Ward and Weiron Tan when the Malaysian Andretti touched the tyre wall and retired, bringing out the only caution.

When the race restarted, O’Ward started to challenge Burkett which led the to the latter spinning down the order.

However, it wasn’t O’Ward who completed the podium as USF2000 champion Florian Latorre stole third place from the 15-year-old Mexican to complete a great recovery race.

O’Ward had to settle for fourth, followed by Juncos driver Jose Gutierrez and JDC’s Raoul Owens, who finished just ahead of sophomore drivers Dalton Kellett and Will Owen.

The top ten was completed by Alessandro Latif and Kyle Connery.