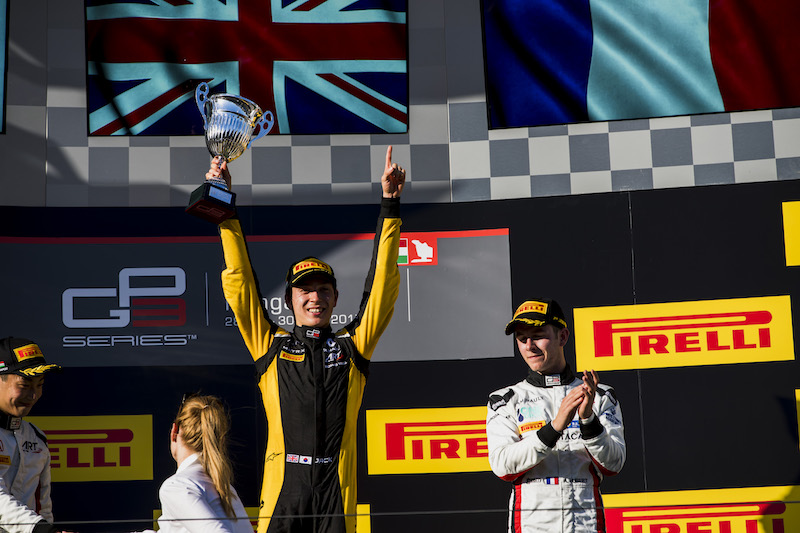 Jack Aitken took a dominant GP3 Race one victory at the Hungaroring after starting the race from pole position.

It means that George Russell?s championship lead has come down after he failed to complete the formation lap.

Aitken?s teammate, Nirei Fukuzumi, finished second and Anthoine Hubert was third to complete an ART one-two-three on the podium.

The safety car was deployed on lap one when Tatiana Calderon and Arjun Maini stopped on the opening lap. It was out for two laps and, on the restart, Aitken kept his lead.

Two laps later, the virtual safety car was deployed as Steijn Schothorst stopped on track. Once again, Aitken was unchallenged on the restart.

The Renault Academy driver kept the lead and extended the gap to Fukuzumi to three seconds by lap 20, keeping his teammate out of DRS range for the whole race.

Hubert started fourth but on lap nine made a move on Dorian Boccolacci at Turn 2, going around the outside of the Trident driver to take the final podium spot.

Alessio Lorandi took fourth ahead of Boccolacci, with Giuliano Alesi finishing sixth. Kevin Joerg was seventh, ahead of Ryan Tveter, Red Bull-backed Niko Kari and Bruno Baptista to round off the points scoring places.

GP3 debutant Matthieu Vaxiviere came home in 12th, half-a-second behind Marcos Siebert and had the same gap to Julien Falchero who was 13th.