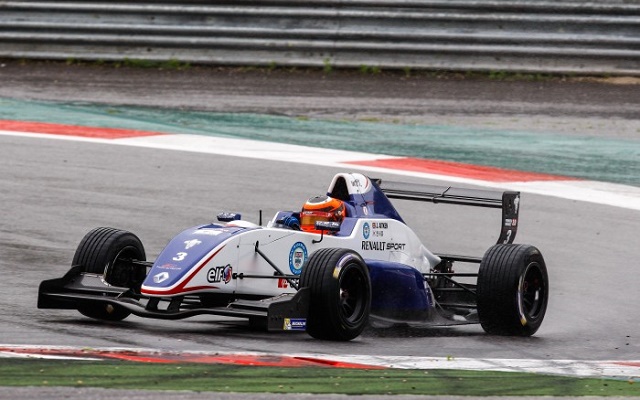 Formula Renault 2.0 Alps points leader Jack Aitken has taken his third pole of the season in Sunday qualifying at Spielberg.

Having reigned supreme on the Austrian track in Saturday’s wet conditions, the Brit picked up where he left off with an early lead in this session.

Although he improved lap after lap, his teammates Jake Hughes and Stefan Riener were usually not far behind, the latter being the only other driver to top the timesheets during the 15-minute run.

But it was Aitken who eventually prevailed, increasing his lead at the checkered flag, with Hughes improving to take the second front row spot from local driver Riener.

While Koiranen had all six of their drivers ahead of the rest of the field in the closing minutes, they eventually had to do with a lockout of the two front rows, with Philip Hamprecht also overtaking Riener to claim third.

Thiago Vivacqua led the rest of the field, recording his personal best result in Formula Renault 2.0 qualifying in fifth. Koiranen’s Anton De Pasquale took sixth, with Vasily Romanov missing out on the spot by just 0.001s.