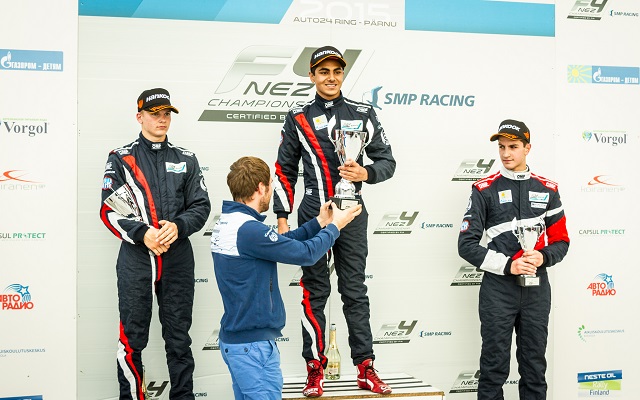 The British guest driver completed a faultless race, despite having?Niko Kari close behind throughout most of the event.

Eventually, the Finn had to switch his focus to Vladimir Atoev behind him, the Russian having passed Nerses Isaakyan for third.

The trio pulled away from the rest of the field to complete the podium in an unchanged order, which gave Kari his 11th consecutive top-two finish.

Nikita Troitskiy was the biggest mover of the race, his climb from 10th to fourth culminating in a late overtake on Isaakyan.

Ivan Matveev and Nikita Sitnikov finished sixth and seventh respectively, taking advantage of Aleksanteri Huovinen making a mistake and dropping to eighth and Simo Laaksonen being forced off and settling for 11th.

The top ten was completed by Alexey Korneev and Niclas Nylund.