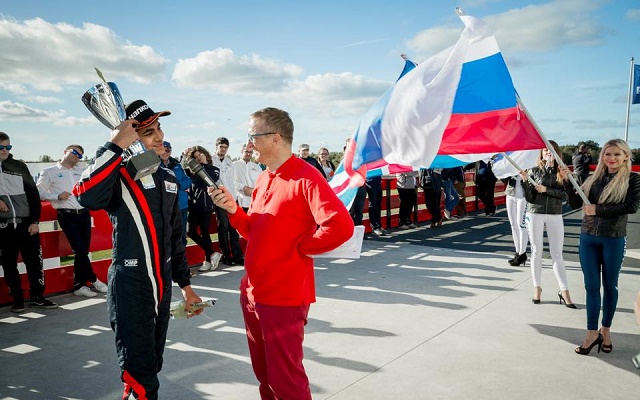 Enaam Ahmed completed a perfect weekend by winning the third and final SMP F4 race at Parnu, ending his part-time campaign with a total of five wins.

The Briton yet again converted his pole position into a victory by cruising to the finish line with a lead of six seconds.

And, for the third time this weekend, Niko Kari completed the top two by edging ahead of the slow-starting Vladimir Atoev.

The podium was completed by Nerses Isaakyan?after a late move on Aleksanteri Huovinen with Nikita Sitnikov keeping Atoev at bay to secure his first top-five finish since the second round of the season.

Alexey Korneev ended up seventh as the top ten was completed by Simo Laaksonen, Aleksander Maslennikov and Nikita Troitskiy.

Beckmann wins on countback after horror crash with Norris