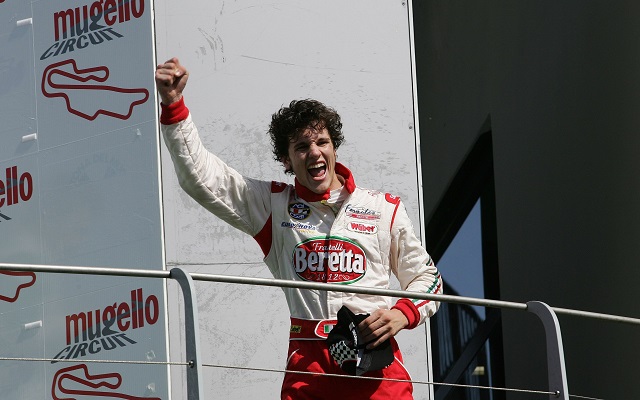 Italian racer Michele Beretta will join the FIA F3 European Championship grid in 2014, having signed a deal with EuroInternational.

Beretta, 19, spent hist first two years in single-seaters as a Formula Abarth driver. He made his debut in 2012 with Cram and finished 11th in the Italian standings with a best result of fifth.

He stayed on for a sophomore year in the series in 2013 and mounted a title challenge with Euronova, eventually taking second in the standings.

In 2014, Beretta will be coached by successful GT driver Andrea Piccini as part of his deal with the 4Motorsport management agency.

“I have followed the FIA F3 European Championship with great interest last year”, stated Beretta. “I am convinced that it will be a very busy season and that the move from Abarth to European F3 will be anything but easy. I’ll have a new coach, I’ll be racing on tracks that are almost all new to me and I will work with a new team. I don’t see this as a limitation but rather as extra motivation that I will try to make the most of”.

Beretta is EuroInternational’s second FIA F3 signing, as the team has previously confirmed the deal with compatriot Riccardo Agostini. The duo will likely complete the full-time lineup, while there has been talk of a possible third entry for youngster Santino Ferrucci starting from round four of the series.

“Michele will join the already confirmed Riccardo Agostini and will have all of our team’s support so that he can minimize his period of acclimatization in the FIA ??F3 European Championship”, said EuroInternational principal Antonio Ferrari. “Michele impressed me greatly, especially during the wet Valencia tests last December and I am convinced that his talent will be sin European F3 and we are extremely happy to deal with a team of Italian drivers”.