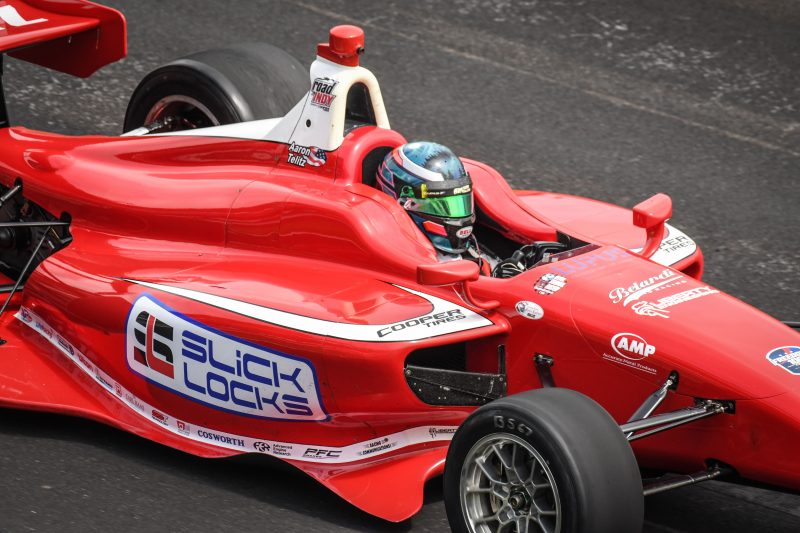 The 27-year-old, who finished sixth in the Indy Lights standings in 2017 and ’18 with the team, made his championship return at last month’s Freedom 100 when budget issues prevented DeMelo from competing.

He finished a lapped ninth after his car’s driveshaft failed on the warm-up lap, and will be guaranteed to match that position at Road America due to a smaller grid of, with the grid of just nine cars.

?I couldn?t be more excited to get a chance to drive in my home race with Belardi Auto Racing!,” said Telitz.

“I love Road America, all my friends, family, and fans that come out will have a car to cheer for. I?m looking forward to a fun weekend and putting my #4 Belardi Auto Racing car on the top step of the podium.”

Telitz made the podium nine times in his previous two seasons, including two wins as a rookie, while Belardi has picked up three podiums this year with the departed DeMelo.

DeMelo, a former IndyCar driver, led the Indy Lights standings after taking a grand slam of victory, pole, fastest lap and all laps led at the St. Petersburg season opener, but had already slipped to fourth in the points prior to his departure from the championship.