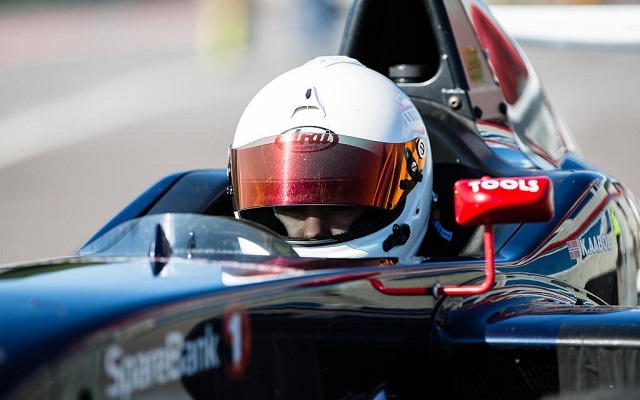 Having posted the fastest lap in the first race, Aabol secured race two pole and managed to stay in control throughout the entire distance.

Lukas Sundahl kept up with Aabol over the opening laps, putting pressure on the Norwegian early on before settling for second place. The Swede had to constantly defend P2 from race one winner Joonas Lappalainen, finally finishing half a second ahead of the Finn.

Robert Svensson took fourth ahead of Pontus Fredricsson, who had managed a grandiose start from last on the grid. Ilmari Korpivaara, Robin Fredriksson and Karl Ero completed the running.

Having retired early on in race one, Paul Blomqvist was again out after the opening lap, while Rasmus Ericsson joined him on the sidelines on lap six.

In the standings, Lappalainen leads the championship with 205 points. Sundahl and Aabol are his closest rivals, at 162 and 156 points respectively.