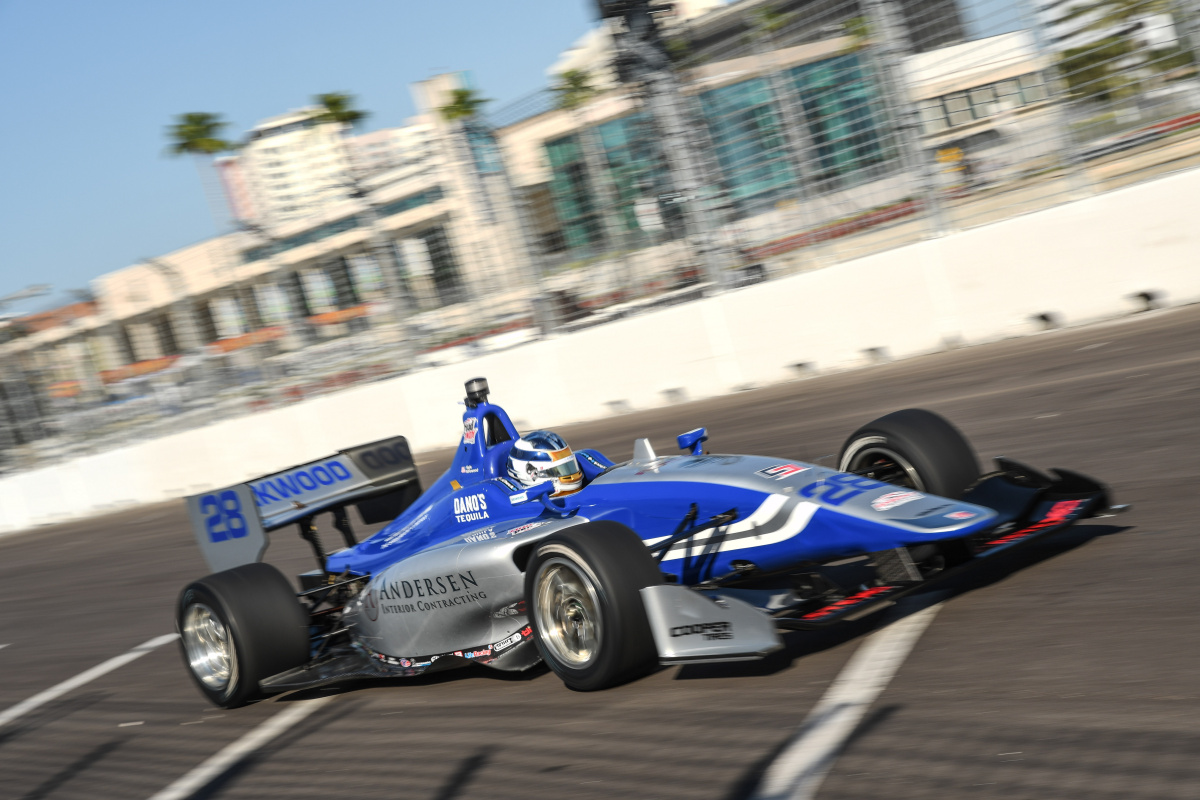 The 2020 Indy Lights season has been cancelled as a result of the coronavirus pandemic and subsequent IndyCar calendar changes.

The step immediately below the top-tier of American open-wheel racing was scheduled to host 16 races this season, starting at Road America, on a truncated calendar.

Indy Lights has struggled in recent years to sustain a high number of drivers in the series ? with entry lists for rounds regularly dipping into single figures.

Ten drivers entered what was supposed to be the opening round in St Petersburg in March, only for it to be cancelled following free practice.

?The effects of the global pandemic on businesses, including racing, have been severe,? said Dan Andersen, Owner and CEO of Andersen Promotions which runs the championship.

?The changes to our overall calendar of races as well as each event weekend?s scheduling and the ability for some of our drivers to compete has impacted the Indy Lights series far more harshly than our other two championships.

?With less of a cushion to begin with, it became increasingly apparent that the 2020 season was in jeopardy and the best plan was to take a pause, reconstitute for 2021, and do our best to enhance the Indy Lights championship for next season.

?After discussions with [sanctioning body] IndyCar and understanding of their firm commitment to Indy Lights going forward, we, together, decided to cancel the 2020 Indy Lights season.

“We recognize that this will cause some hardships, but we hope all participants will realise the necessity of this decision and we look ahead to 2021 with a promise of better things to come.?

It marks the first time since 1985 that there hasn’t been an Indy Lights (or equivalent) season.

Indy Pro 2000 and USF2000, the series below Indy Lights, will start their seasons at Road America on July 9-10 as planned.

They will now hold a mid-week standalone event consisting of three races each at Mid-Ohio on July 29-30 before their IndyCar supporting trip on August 7-9, and then another standalone of the same format at Indianapolis Motor Speedway on September 3/4 after scrapping their July date at the circuit.