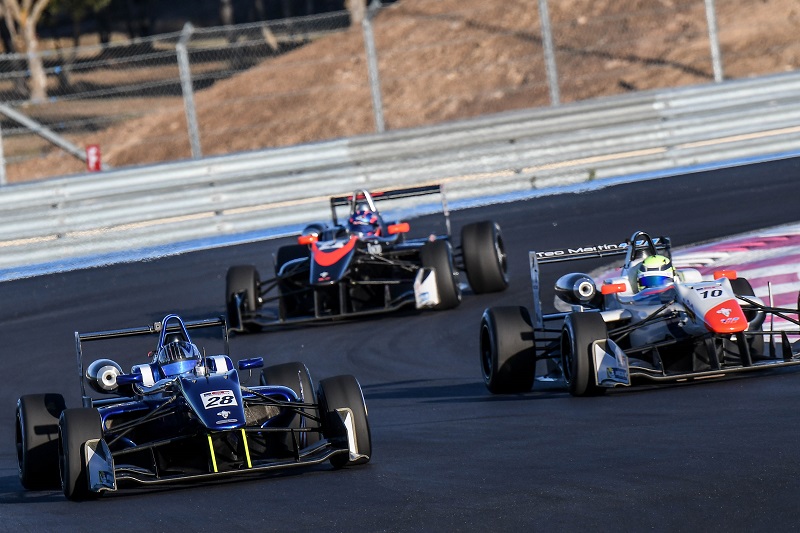 Harrison Scott’s domination of the 2017 Euroformula Open season brought the championship to the attention of many people, with the successes of former competitors Ferdinand Habsburg and Colton Herta in European Formula 3 and Indy Lights respectively doing much the same.

The depth of quality for this year’s grid looks even stronger than last’s, and the restructuring of F3 under the FIA may make EF Open the de facto European championship for 2019.

Six of the eight tracks visited this year are included on the Formula 1 calendar, a better record than European F3, and track time is also better than most championships.

Many predictions for the season were made as drivers as signed, but as usual in EF Open, the Winter Series changed things, and it now looks like there will be an intense two-way fight for the title between RP Motorsport’s Felipe Drugovich and Teo Martin Motorsport’s Bent Viscaal. 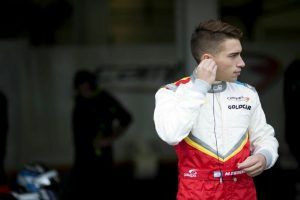 The Spanish team won both the driver and team titles in 2008, ’09 and ’16, and won once last season with Thiago Vivacqua.

Argentinian GP3 midfielder?Marcos Siebert will drive for the team at Estoril, and will be joined by Yves Baltas, who was originally announced as part of the Fortec line-up.

Siebert has his eyes set firmly on a second season in GP3, and his participation in EF Open may last no further than the first round. The 2016 Italian F4 champion would be a dark horse for wins if he remains in the championship, and will be looking to regain career momentum.

Baltas, his 16-year-old American team-mate for Estoril, may have his ambitions of success held back by simple inexperience.

He contested two rounds of British F4 in 2017 and made little impact, having spent the year previous testing single-seaters in the UK. Not entering the Winter Series will seriously hold him back, as the first race at Estoril will only be the seventh time he has started a race in cars, and the first with a bunch of Dallara F312s alongside him. 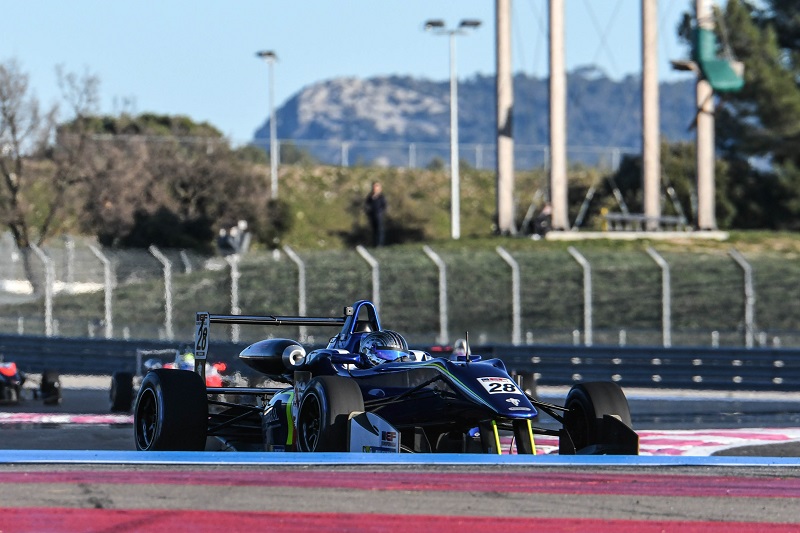 With no British Formula 4 or Indy lights programme this year, it would suggest that more resources can be put into Trevor Carlin?s EF Open efforts. New and returning ventures in IndyCar and Formula 2 has put paid to that, but expect the team to be just as strong as last year.

Its line-up for EF Open doesn?t immediately say title winners, and they have two drivers who will hope to regain some career momentum.

Matheus Iorio was the 2016 Brazilian F3 champion, and runner-up the year before, and finished ninth in EF Open last year with Campos. He started the season with a podium, but then only made it into the top five on one other occasion throughout the year.

Whether Carlin proves to be the environment he needs to succeed it?s yet to be seen, but things looked on the up in the two EF Open Winter Series races at Paul Ricard, where he was only denied two top-five finishes due to a clash with Petru Florescu.

The Brazilian?s team-mate, Cameron Das, is also a champion in his home country, and also drove for Campos last year.

Das was US F4 champion in 2016, and joined Carlin for BRDC British F3 last year.

He learnt quickly and was on the pace, three poles in the first two rounds being testament to that, but his race pace wasn?t up to the same standard, something that was also made evident during his half-season in EF Open after that.

Although he was new to the car, finishing no higher than eighth was disappointing for a driver who has started 2017 with a growing reputation. Returning to Carlin for EF Open means he knows the team, but Das isn?t the title contender that he may once have been perceived to be. 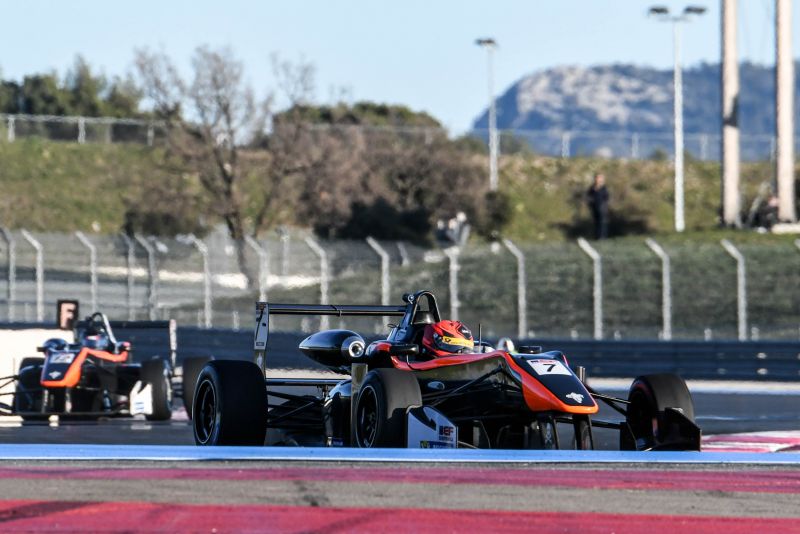 Nikita Troitskiy followed Ferdinand Habsburg in taking a Drivex School car to second in the championship in 2017, and the trio of Lukas Dunner, Jannes Fittje and Christian Hahn have an opportunity to finally turn that runner-up spot into a title this year.

Fittje is the most likely to do the job, having finished fifth last year and the highest placed of the returnees. Although the German was quick, he was never on the same level as the top drivers. He drove for Fortec Motorsports and RP Motorsport, and his time as team-mate to champion Harrison Scott may have been of some assistance.

Third and fourth in the Winter Series suggests he?s starting the year on the right foot, but he only gained a podium due to a clash between drivers ahead of him.

Fittje?s still an 18-year-old, and the results of the Winter Series don?t count towards the main championship, so he may still be the one to watch.

He was clean though, and finished every race he contested. This kind of record is difficult to achieve, and staying with Drivex should lead to an upturn in form.

Dunner, the only one of the trio new to F3, may aim to match countryman and management stablemate Habsburg?s results, but will more likely be challenging for occasional podiums.

The Austrian didn’t set the stage alight in F4 last year, his first in cars, but his impressive testing programme in a Dallara F312 seems to be paying off and he finished fourth in his first ever F3 race in the Winter Series. 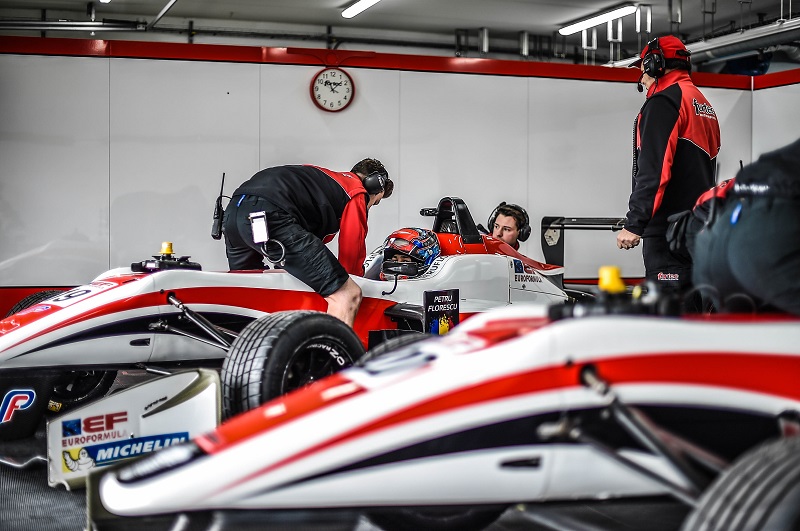 There’s a lot of talent in the Fortec line-up, the question is whether that will translate into results.

Leading the team will be Romanian Petru Florescu, who drove for both Campos and Fortec in a disjointed campaign last year.

The former British F4 frontrunner performed strongly with Campos, although not to a level he personally would have liked, then had an extremely dissapointing rest-of-season with Fortec.

He’s quick, and he?s overcome a lot to get to where he is today but on occasion he has shown to have a short fuse, and he needs to finish more often if he wants to finish first.

The ?fresh start? he believes he’ll get with Fortec this year is needed, but it’s questionable whether the Daventry-based squad is the place for that to happen.

The second of the Fortec drivers is inexperienced in racing against Dallara F312s, and that’s because he’s spent the last year racing against previous generation F3 cars.

Reigning Australian F3 champion?Calan Williams has been testing with the team since last year, reportedly being very quick in team tests, and hasn’t embarrassed himself in the Winter Series.

Seventh and ninth places in the two Paul Ricard races were less than he wanted, and the results will probably improve once the main championship starts. Regular appearances in the top five and a few podiums should be the aim. 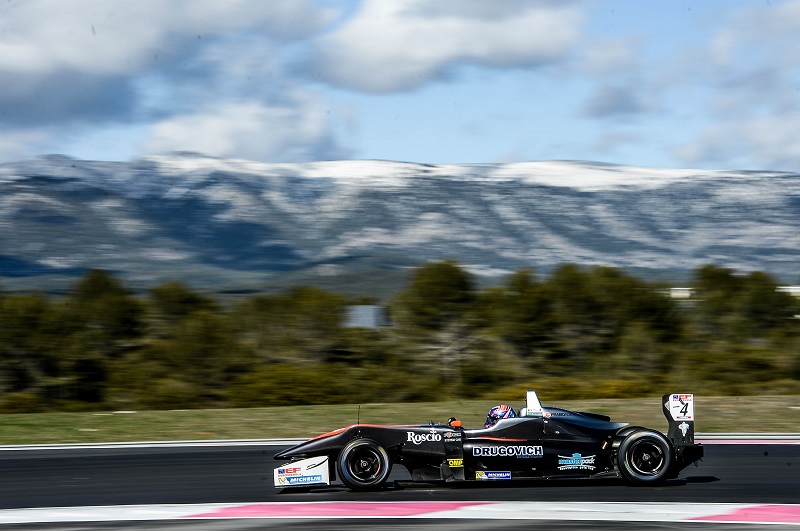 The leading team in EF Open, which wiped the floor with the help of Harrison Scott last year, must start 2018 as title favourites.

It already has a race-winner in its midsts, a rarity due to Scott?s totalitarian domination last year, with Brazilian Felipe Drugovich fronting the team?s charge.

Drugovich narrowly missed out on the ADAC F4 title last year, but made up for it with a stellar EF Open debut and then a dominant title-winning campaign in the MRF Challenge.

Had he gone on to European F3, like ADAC F4 rivals Marcus Armstrong and Juri Vips have, then he would’ve been a top driver in that, and his decision to drive in EF Open, whether it was budget-driven or not, suggests that the title is the aim.

The problem for Drugovich is a certain Dutchman called Bent Viscaal, who took both wins in the Winter Series with very little challenge from the Brazilian.

RP will have three title-winners in the team this year, as?Guilherme Samaia?moves across from Carlin and?Michael Benyahia makes his F3 debut.

Samaia was the Brazilian F3 champion last year, and and runner-up the year before that. His first experience in Europe came in the latter half of the 2017 EF Open season, and he was thoroughly outperformed by his team-mates.

His pace is excellent though, so if he’s learnt from his difficult 2017, then he should be fighting for podiums and more.

Winning the Formula Renault Northern European Cup title perhaps wasn’t the truest reflection of Benyahia’s talent, but he’s no slouch, and may surprise this year.

In the Winter Series he was competitive, and has strong team-mates to learn from. There should also be some transferable knowledge he gains from his role as the Venturi Formula E team’s reserve driver.

The last of the RP’s quartet of season-long drivers is?Aldo Festante, a 17-year-old Italian who has spent the last two years in F4.

He’s got one podium during that time, and will probably be picking up a few points, just like Lodovico Laurini did for the team last year.

Joining the team for the Estoril opener, despite having tested with Campos, is?Alex Karkosik.

The Pole was team-mate to EF Open champion Harrison Scott at RP last year and the Formula Gulf Academy champion before that, and would do well to make a full return to EF Open.

The 17-year-old only finished on the podium twice last year, but belied his inexperience in the process, and finished fifth in the MRF Challenge over the winter. Although still improving, starts still seem to be an issue, and would seriously hamper Karkosik’s chances of winning races were he to make a full return. 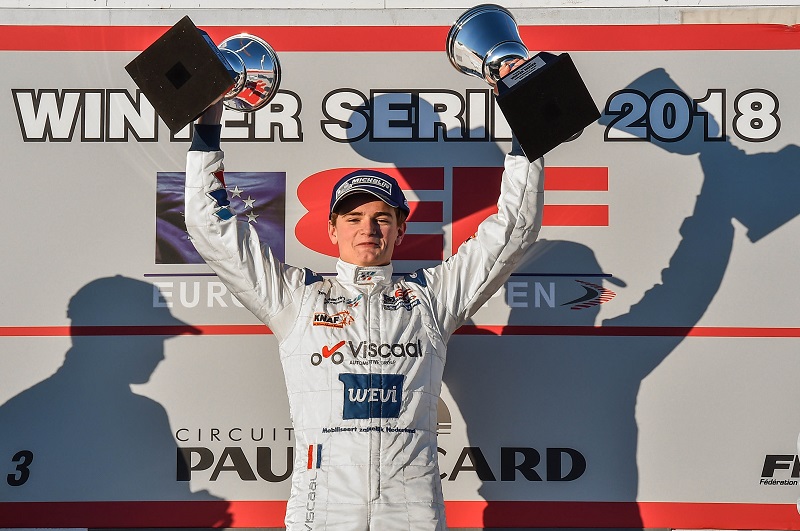 Drugovich was many people’s, including Formula Scout’s, favourite for the EF Open title until the two Winter Series races last month.

Bent Viscaal?has changed those predictions since his Paul Ricard double win (where he also took pole and both fastest laps), and has also been the pacesetter in 5 of the 6 timed test days.

The Dutchman finished second and third in the NEZ and Spanish F4 championships last year, and unlike F4 rival and Renault Formula 1 junior Christian Lundgaard, has skipped FR2.0 for F3.

A courageous leap, made even more so by the fact that Teo Martin Motorsport is a team that has only taken one podium in the championship since Yu Kanumaru drove for the team in 2015.

The downturn in results can be attributed to a poor standard of drivers (with the only podium coming from a Harrison Scott cameo appearance), but the team also had a focus on its World Series Formula V8 3.5 squad at the time. Now that programme has ended, the EF Open effort should arguably be stronger, and Viscaal’s early pace and results are a strong indicator of that.

It will be exciting to see whether Viscaal really can prevent Drugovich, and RP Motorsport, winning the 2018 title.

V de V Single-seater Challenge race-winner Moritz Muller-Crepon is Viscaal’s sole team-mate, and is an unknown. He was previously a midfielder in ADAC F4, and the V de V grid isn’t at a sufficiently high standard to make accurate judgements on how strong the frontrunners like Muller-Crepon are.