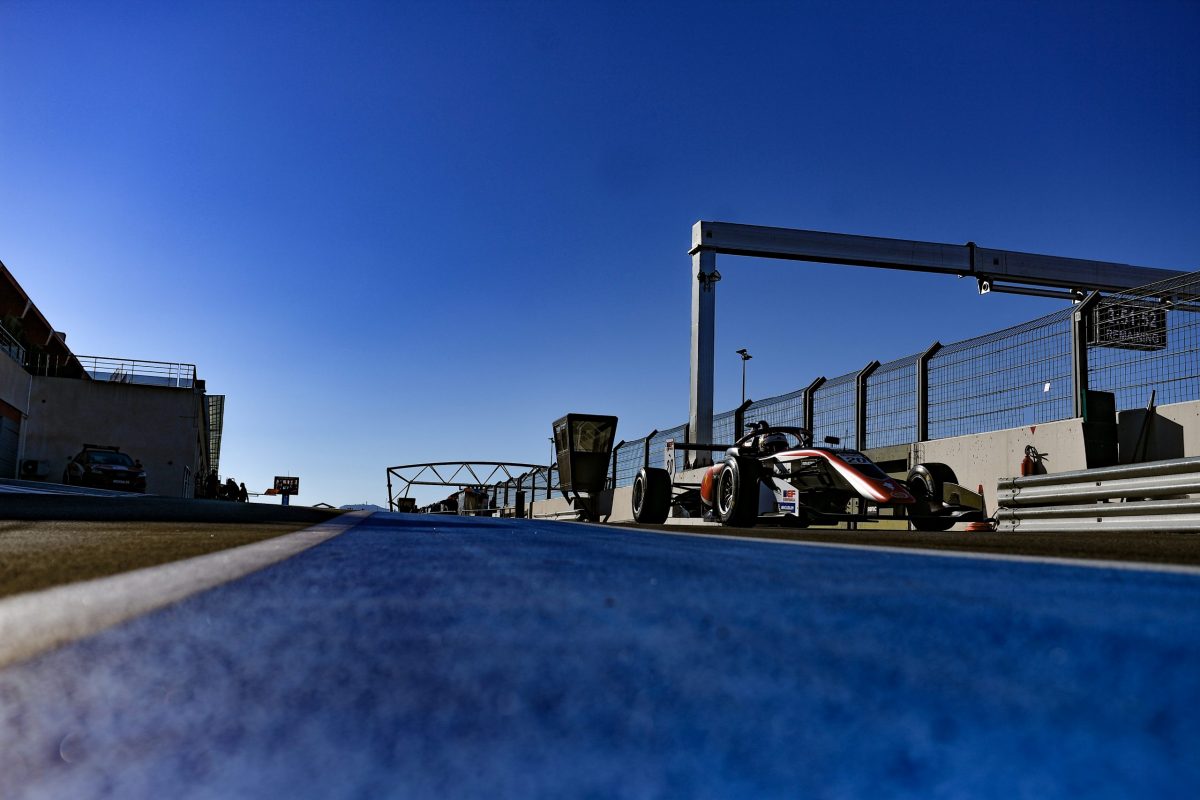 The championship leader set the early pace, but ran fewer laps than his rivals as the track surface heated up. He returned to track with a few minute to go, and topped Double R Racing’s Ayrton Simmons from the top of the times with a 1m54.252s lap.

Over a third of a second behind Simmons and next up on the timesheet at the end of the test was Carlin’s Zane Maloney and Motopark’s Manuel Maldonado.

Cameron Das, who is making his Euroformula return this weekend with Motopark, was 10th fastest. His FIA Formula 3 Championship rival Lukas Dunner is also making a series return at Paul Ricard after finishing third in the Euroformula points last year, and he was sixth fastest for CryptoTower in the test after running in second place for a long time.

Andreas Estner was the top Van Amersfoort Racing driver in fifth, with his team-mate and brother Sebastian behind Dunner in eighth place and the last of the drivers within a second of Ye’s pace.