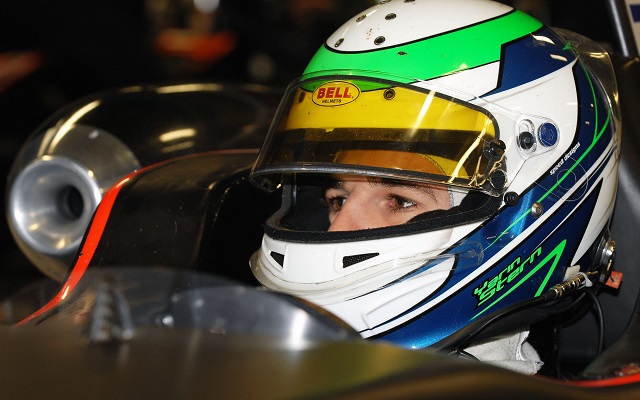 Yarin Stern has officially announced that he will be contesting a second campaign in European F3 Open in 2014 as he makes the switch from EmiliodeVillota Motorsport to Team West-Tec.

The 18-year-old racer from Israel made his full-time single-seater debut in 2013 and managed a solid year in F3 Open as one of the championship’s top rookies. After managing a surprise podium in the opening round at Paul Ricard, Stern maintained consistent points-scoring form for the rest of the year and took eighth in the standings.

“I am very pleased to have signed with Team West-Tec”, stated Stern. “I tested with them at Silverstone and could feel the difference straight away. I found a good relationship with the team engineers immediately and I am really looking forward to working with the team in 2014.”

Stern’s West-Tec deal is not the only F3 Open main class driver announcement of the day, with Corbetta Competizioni confirming William Barbosa for a rookie season in 2014.

The Colombian 19-year-old racer made his single-seater debut with a guest appearance in the British F3 finale last year and then got to race an F308 car in the F3 Open Catalunya round.

“It is amazing to have this chance to race with Corbetta Competizioni”, said Barbosa. “After my first experience in the series last year, when I raced in Barcelona, and followed by some private tests, I felt quite at home with the team. Hopefully I gradually learn and have a good season.”