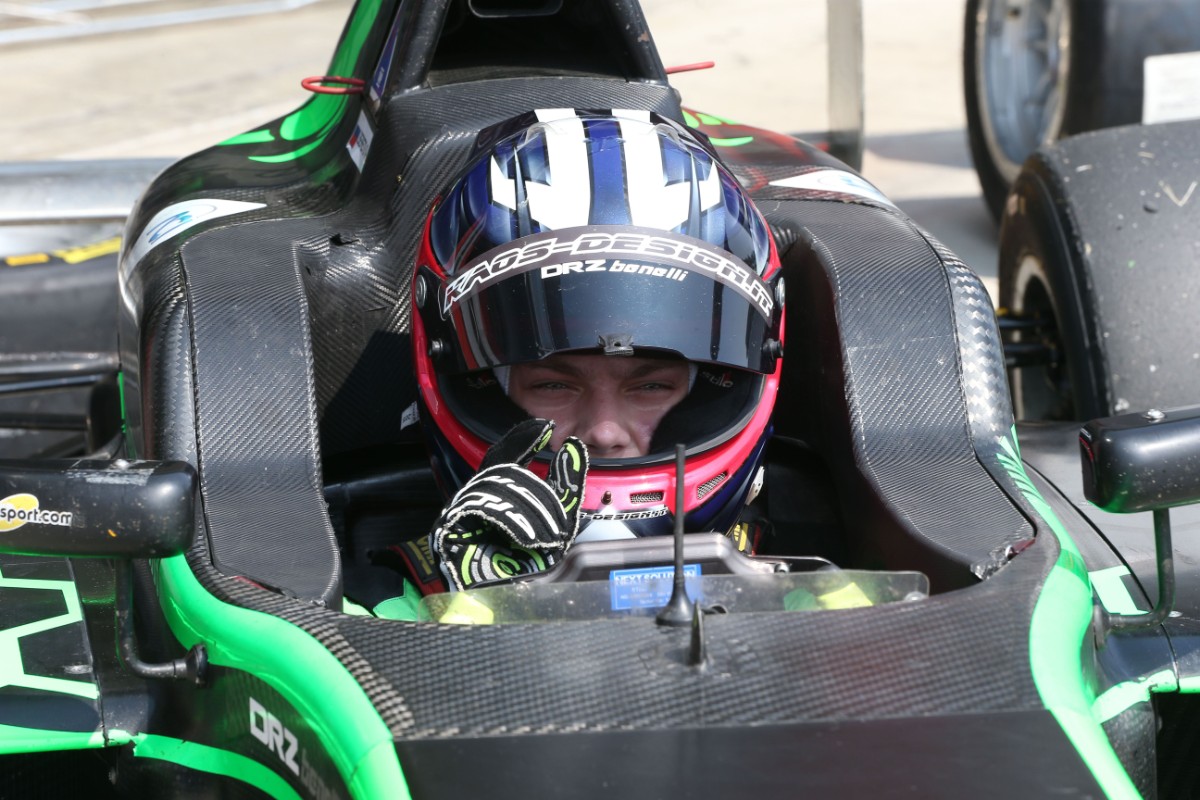 Liwinski dominated the first of two races, romping away at the front of the field from the start and winning by 9.6 seconds.

Russian karter Andrey Zhivnov ran in second for the first few laps before running wide and losing several spots, with his junior compatriot Yaroslav Shevyrtalov then taking over the position until lap 11 of 15, when F4-experienced Dane Sebastian Ogaard got through.

Shevyrtalov remained in third but was one of several drivers who miscalculated fuel usage, heartbreakingly running out as he came through the final corner on the last lap. He made it halfway down the pit straight before stopping, and ended up being classified a lapped 16th.

Peruvian former touring car racer and Esports regular Luis Felipe Capamadjian inherited the final spot of the podium as a result, ahead of Zhivnov and Berets.

Berets started from first place for race two, with Liwinski alongside him on the front row. After holding off his attacks on the first lap, Berets then gradually pulled away and saved his best pace for the end with fastest lap and a victory margin of 2.5s.

For some time Liwinski was under pressure from Capamadjian, until he forced the Peruvian off at Villeneuve and into a race-ending crash. From then on he was untroubled in second place.

Ogaard finished a distant third after passing Miliakov at Tamburello mid-race, who then avoided being passed for fourth at the finish line by former Formula Renault Eurocup racer Alessandro Perullo by just 0.025s.

Zhivnov came sixth, with Irish junior karter Alex Dunner surviving the midfield chaos – including an off and a few clashes of his own – to rise from 19th on the grid to finish seventh. F4 United Arab Emirates star Nico Gohler, Italian F4 driver Santiago Ramos and Tiago Espanha rounded out the top 10.