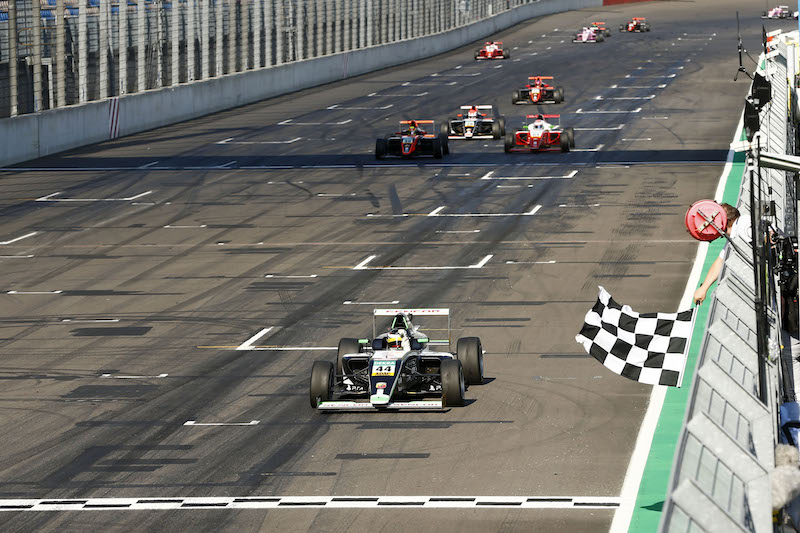 ADAC Formula 4 has unveiled an updated 2020 calendar which incorporates a new round at the Lausitzring.

The German circuit, which has previously hosted IndyCar, will host the season opening races on July 31 to August 2 as a support to the country’s ADAC GT Masters sportscar championship.

As planned, the Nurburgring features twice on the calendar and with the first round returning to its previously scheduled August 15/16 date. The second visit supports the delayed Nurburgring 24 Hours race on September 25-27.

Hockenheim was due to run two rounds at the end of the year after Sachsenring had to be removed from the calendar due to a scheduling clash with Italian F4, but will now only hold one on the unchanged date of September 19/20.

The first trip abroad, to Austria’s Red Bull Ring, had been confirmed as delayed from June to October 17/18.

Dutch Grand Prix venue Zandvoort has been pushed back from August to the weekend that bridges October and November, and forms a double header with the Oschersleben season finale on November 7/8.

Previously, Oschersleben had been penned as the season opener in April, before being moved back to late October due to the global coronavirus pandemic. This is the second time is has been postponed.

The issue of clashes with Italian F4, where many ADAC F4 drivers also compete, remains with the new calendar. Italian F4 is at Misano on the same weekend as ADAC F4’s new Lausitzring round, and the Italian series will be running at Monza when the German series is visiting the Red Bull Ring.

Junior series in Monaco: From the sublime to the ridiculous