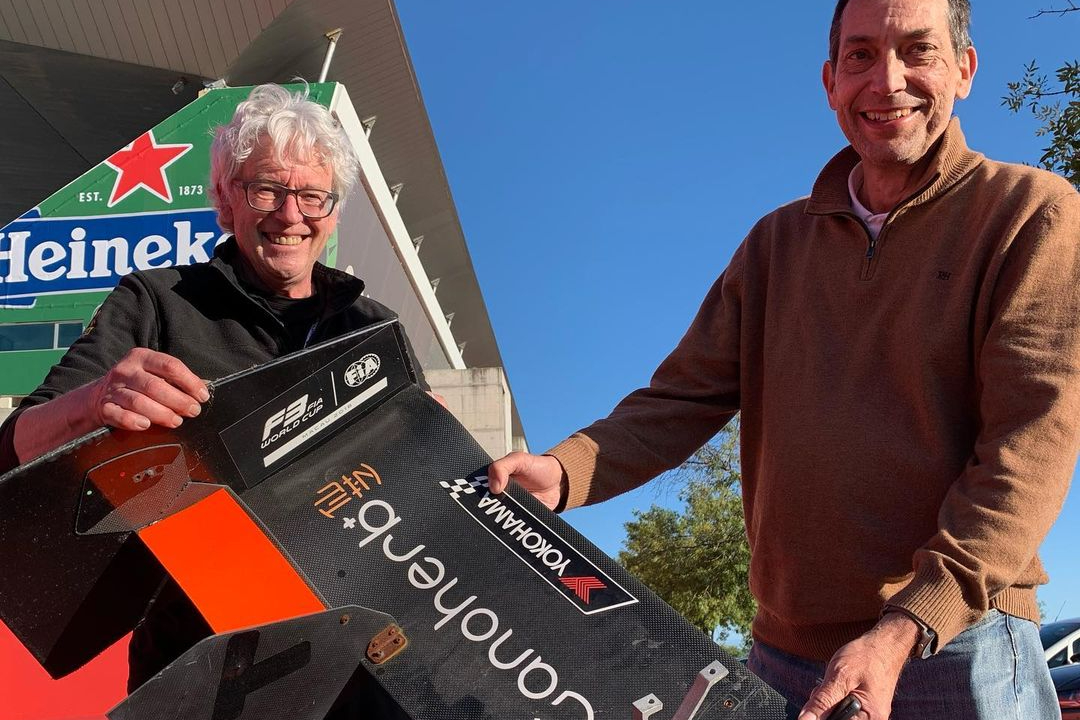 Van Amersfoort Racing was reunited with a piece of one of its old cars during last weekend’s Euroformula season opener at Algarve in the resolution to a peculiar story.

The Dutch team ran Sophia Floersch in the 2018 Macau Grand Prix when she had her huge crash with Carlin’s Jehan Daruvala and TOM’S driver Sho Tsuboi that resulted in her out-of-control car flying into a photographer’s bunker at Lisboa.

Several photographers and marshals were injured, and Floersch fractured her spine but returned to racing with VAR five months later in the then-new Formula Regional European Championship. Debris from the crash went missing at the time.

VAR wrote on Instagram about how just a few days ago it reclaimed the front wing of the Dallara F317 that Floersch drove:

“Here’s a tale not told before: the front wing in the picture got separated from the car during Sophia’s Macau accident in 2018, after which the wing mysteriously disappeared from the crash scene.

“It turned out someone had taken it, kept it for a while only to offer it for sale on an online auction site later on…  as the wing was taken ‘without permission’, the local police was notified and they were able to eventually reclaim the wing.

“Today it was brought back to us while being in Portugal at the Portimao race track for the first round of the Euroformula Open Championship. Thank you Mr Brum for bringing home the last missing part!”

VAR is running Casper Stevenson and Rafael Villagomez in Euroformula this year in Dallara 320s, the successor to the F317 car, and also fielded Andreas Estner at Algarve.

It is unclear whether Estner, who came third in the standings last year, will remain in the series for the next round at Paul Ricard.