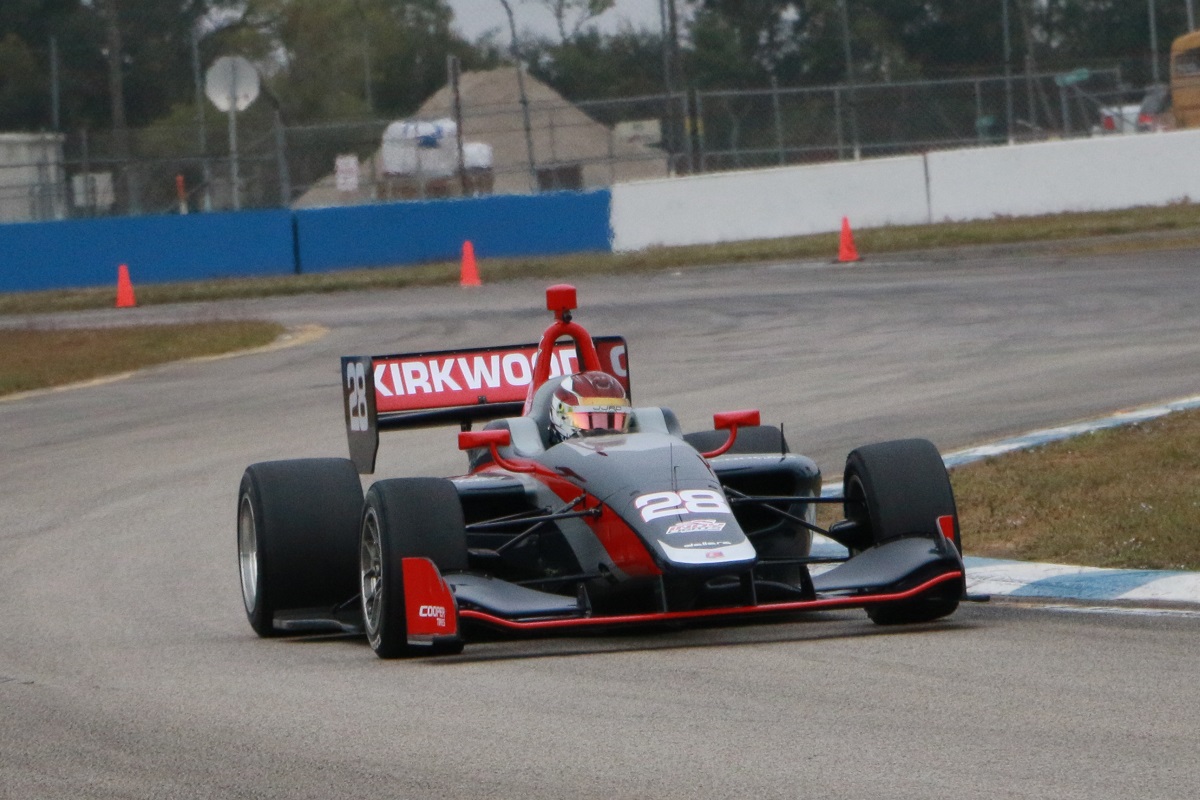 History is set to repeat itself in the Road to Indy this year, just as IndyCar starts a brand new era

It is an extremely exciting time around the IndyCar paddock right now, with the legendary Roger Penske and his corporation fully under control of both the series and its most prized venue: Indianapolis Motor Speedway.

The same could well be said for the feeder ladder ? the Road to Indy. What happens in the years to come will trickle down into Indy Lights, Indy Pro 2000 and USF2000. There are few changes of note as we delve into this new era, but there are some interesting potential stories ? especially with one driver aiming for an unprecedented back-to-back-to-back hat-trick of titles and a continuation of Indy Light’s injection of valued talent into the IndyCar grid.

One of three narratives is set to steal the headlines in 2020. The one that would arguably garner the most attention would be if Florida?s Kyle Kirkwood completed a hat-trick of Road to Indy titles ? all in successive years. This has not been achieved in the past ? by a rookie on each step or otherwise. Kirkwood has absolutely crushed the opposition in USF2000 (12 wins from 14) and IP2000 (nine from 16) over the past two years, although he did have to work for his title last season. With numbers like that, Kirkwood ? who has signed with the dominant Andretti Autosport outfit ? surely enters as the title favourite.

?It puts a little more pressure on myself,? Kirkwood told Formula Scout when asked about the prospect of performing ?the triple?. ?I think where I?m at right now I?ve already opened a couple of people?s eyes that are already looking at me and really want me in the future. I can?t say what it does for me until it actually happens. 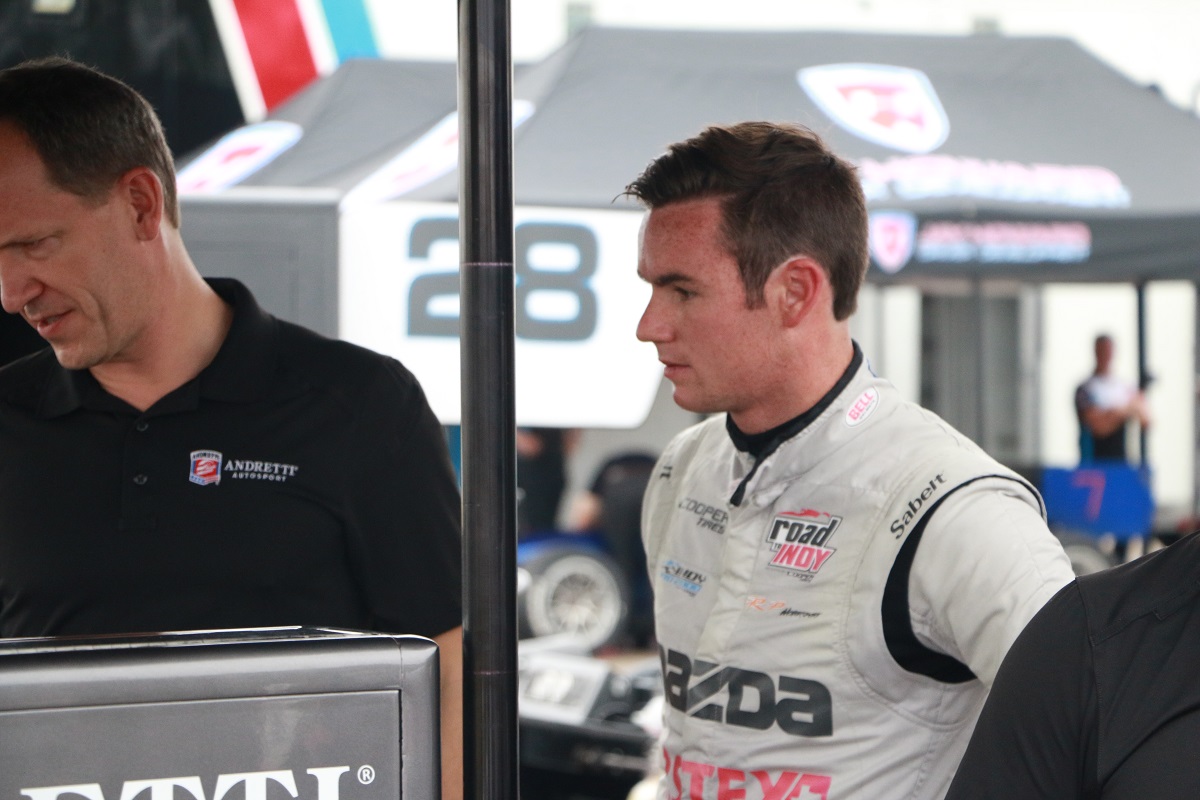 ?It?s been really good,? Kirkwood said on his relationship with Andretti, with whom he also tested with in Formula E earlier this month. ?Considering one of my really close friends [and 2019 Lights champion] Oliver Askew was with them last year, I was able to meet all of them and get to know them prior to even working with them or signing any contract. So I think the relationship?s good, and there?s a couple of people on the team that I?ve known already, so it?s been a really fitting group for me with jumping in and feeling comfortable and I?m feeling really confident of having a really solid car.

?Anything can happen at this point going forward in this season,? he added. ?I think I?ve proven myself in the past couple of years that if I have a solid year, I?m still set on moving on into IndyCar.

Askew had competition for his title last year from Rinus VeeKay, a driver he faced on every step of the ladder and will continue to do so in IndyCar. There is scope for history to repeat itself as Kirkwood’s rivalry with Rasmus Lindh will have a third chapter.

Lindh led the standings for much of the IP2000 season, before losing out through Kirkwood?s emphatic mid-season run in which he was beaten just once in 10 races. The pair also faced off in USF2000, when Kirkwood crushed his opposition.

?I know what his strengths and weaknesses are, so that helps a little bit for me to know,? said Lindh after testing with Andretti. ?Also, now I?ve grown a lot as a driver ? both mentally and physically ? there?s more routine. So, I think this is the year that we get [a title].”

But previous success is no guarantee for the future, especially with the next step up being significantly bigger than the previous one. ?It felt like the step from USF2000 to IP2000 was not very big, but IP2000 to Lights was quite big because it was a completely different car. Obviously, [Dallara?s IL-15] is turbocharged ? so you have to drive it a little bit different.”

Kirkwood is aware of the threat from Lindh, who eventually signed for Belardi Auto Racing, but is looking over his shoulder at other rivals. ?Belardi has been up and down over the years,? Kirkwood explained. ?Rasmus was with a really good team [Juncos Racing] last year, so he was really close to me, but he wasn?t the year before? but he?s one to never count out.

?I think for myself I?m looking more at the drivers who have been in the championship for years that have the experience with the car and the tracks that we?re going to because there?s a couple of tracks that we?re going to that I?ve never been to before ? Barber [Motorsports Park] and the [Indianapolis Motor] Speedway. The car and all that is new to me. So, there are a couple of drivers who will be a little more prepared than me in the championship.”

One of those rivals is Uruguayan returnee Santiago Urrutia. The 23-year-old finished second in the points in 2016 and ’17, followed by a more complete but less rewarding ’18 season that left him switching to touring cars with Audi last year. Were it not for a rival’s team orders in the final laps of his rookie season, he would more than likely be established in IndyCar by now. He returns to Lights with HMD Motorsports, along with David Malukas and 17-year-old Canadian rookie Antonio Serravalle.

Another returnee is Toby Sowery – who had a very strong run at the end of 2019. He returns to the series as the highest-placed runner from last season and has switched from HMD (in a car that was co-run by Team Pelfrey) to Belardi.

Juncos is absent from the grid as it stands, while Andretti has retained Robert Megennis and signed IP2000 graduate Danial Frost to bolster its line-up alongside Kirkwood. The ninth confirmed entry is the all-rookie combination of Exclusive Autosport and Nikita Lastochkin, which is not expected to star but may shine enough to attract a second driver to the team.

USF2000’s tight title battle between Braden Eves and Hunter McElrea is set to transition into the next part of the ladder as both move up to the intermediate tier with top outfits. Eves had the upper hand narrowly on McElrea last season but moves to the rapidly progressing Exclusive Autosport outfit. Meanwhile, McElrea sticks with Pabst.

Both drivers looked at their weakest on the visit to the Lucas Oil Raceway oval last year, and their inexperience of oval racing will be exposed twice over as IP2000 also visits Gateway Motorsport Park. While he is yet to win a race, the driver with the most experience and likely favourite for success on the ovals is Juncos’s Sting Ray Robb.

The 18-year-old will be entering his fourth season, with a tally of two poles and seven podiums from his previous three. He’s not the only experienced hand in the series, as Parker Thompson returns after two years of title challenges. He moves to DEForce Racing with five wins and six poles already under his belt, but was beaten by Eves and McElrea in pre-season testing.

With Eves and McElrea gone, Jay Howard Driver Development?s Christian Rasmussen ? who finished third in 2019 ? is in the best position to win the USF2000 title in a grid of over 20 cars.

He headed Pabst’s Eduardo Barrichello, who will be wanting to improve his results after a underwhelming first season, and United States Formula 4 convert Christian Brooks. Whether any of them can consistently challenge Rasmussen and Shields, who have both already more than proven themselves at this level of single-seaters, will likely come down to who avoids race-ending errors.

With a larger grid than the other two series on IndyCar’s support bill, there’s a greater penalty in points for retiring from a race, and with such a competitive fight anticipated up front it could be a one-off retirement that sways the title fight.

The Road to Indy’s own feeder categories has been reduced to just Lucas Oil’s FCRS now, but it could well be a series to watch again to see who may be the rookie star in USF2000 in 2021.