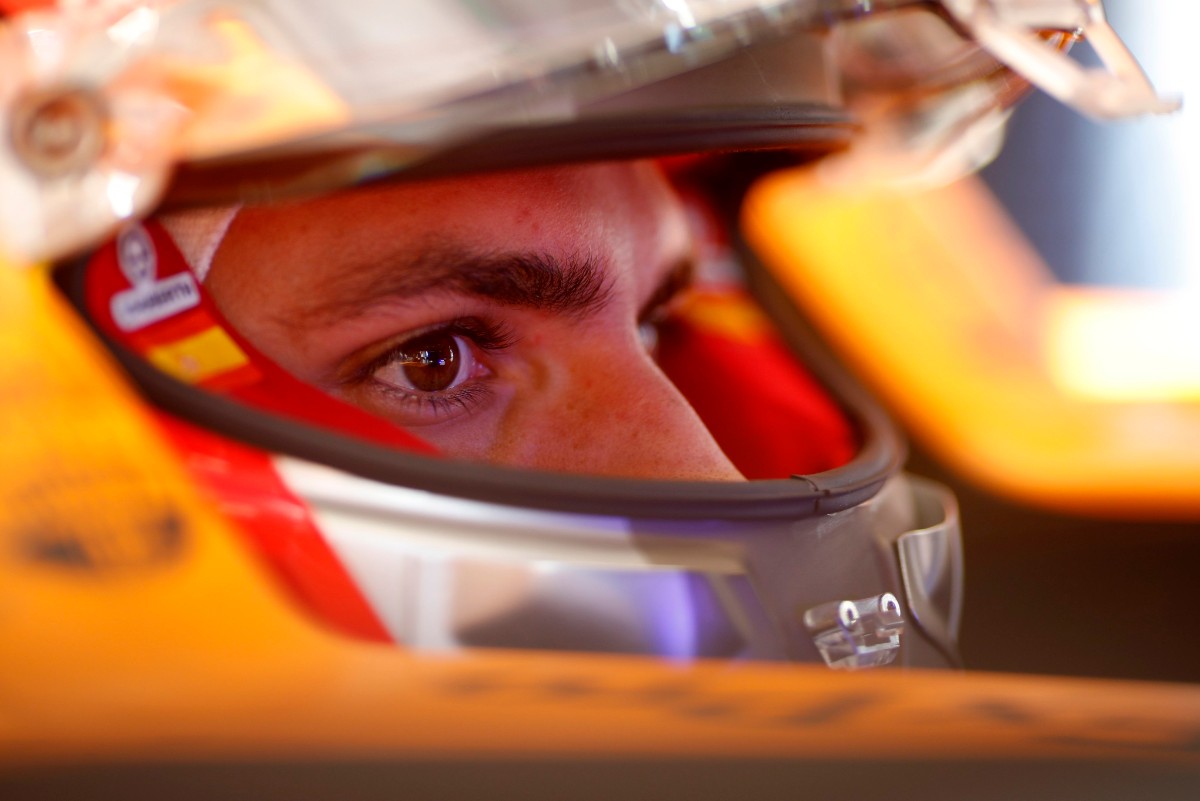 Carlos Sainz Jr is the first product of Spain’s ‘Fernando Alonso generation’ to make it to Formula 1, and is now emulating his hero by moving to the Scuderia. It’s a signing of great importance to Spanish motorsport

Prior to Fernando Alonso’s upheaval of Michael Schumacher as the best Formula 1 driver in the world in the mid-2000s, Spain was very much a motorcycling country when it came to motorsport. It wasn’t often reflected in individual popularity, although Angel Nieto’s run of 13 titles in what’s now Moto3 (and the defunct 80cc class) between 1969-’84 mostly on Spanish bikes made him a national icon. Moving around or competing on two wheels was firmly part of the public consciousness.

Grassroots racing in Spain only started in the early 1970s, with the launch of single-make trophies like Copa Renault 8TS and Formula Nacional 1430, which used Formula Ford chassis with stock SEAT engines. Unfortunately the economic slowdown at the end of the decade, in the early years of the country’s transition to democracy, put the clock back a decade for motorsport.

The world championship-winning exploits of Carlos Sainz gave rallying a boost through the 1990s, but there was no real single-seater success besides singular F1 points finishes in backmarker cars for Luis Perez-Sala in 1989, and Marc Gene and Pedro de la Rosa in 1999. That same year, Oriol Servia claimed the Indy Lights title without a single win to his name. All four had been products of the “Catalan school’ and driver programmes promoted by the RACC.

Club-level investment in motorcycling increased off the back of Alex Criville becoming the first Spaniard to win the MotoGP title, also in 1999, and Nieto was joined by 1987 Moto3 champion Jorge Martinez in mentoring the young talents inspired by his feats. Within a decade there were title-contending Spaniards in all three world championship tiers, with six of the top 10 in Moto3 being Spaniards.

Spain’s single-seater stars of the past

Alonso’s back-to-back F1 titles in 2005 and ’06 had the same immediate effect, and came just before the global recession hit.

Spain’s portfolio of circuits increased, and more money was spent on karting and entry-level single-seaters by aspiring racers.

Master Junior Formula was launched in 2005, and made specifically to be the bridge to get Spain’s talented but underfunded karters into single-seater racing. It was centrally run by the De Villota driving school, founded by 1980 British F1 champion and two-time world championship starter Emilio de Villota, used Formula BMW cars and catered for racers aged 14-24.

In 2008, the 13-year-old son of Carlos Sainz got his first taste of single-seaters by testing one of the MJF cars. The junior karting star, who’d decided on emulating Alonso rather than his father after meeting him at the 2005 Spanish Grand Prix, was coached in that test by fellow second generation talent and experienced Spanish Formula 3 racer Maria de Villota.

De Villota went on to become a tester for the Marussia F1 team, and sadly lost her life prematurely in 2013. Upon accepting to become ambassador for the Legado legacy programme in memory of her life, Sainz Jr recalled that first test.

“Those first laps in a car were a dream come true,” Sainz said. “I think I did about 10 to 20 laps behind Maria. I will treasure them forever, they are engraved like gold in my memory.”

Sainz Jr was old enough to race in single-seaters come 2010, and finished fourth in the points in his primary campaign of FBMW Europe. He claimed a first win at Silverstone, and took wins at Sepang and Macau in the equivalent Pacific series. At the end of the year he stepped up to Formula 3, joining De Villota Motorsport in Euroformula for two rounds. Despite his inexperience he fared well and claimed a podium at Barcelona in his third race. 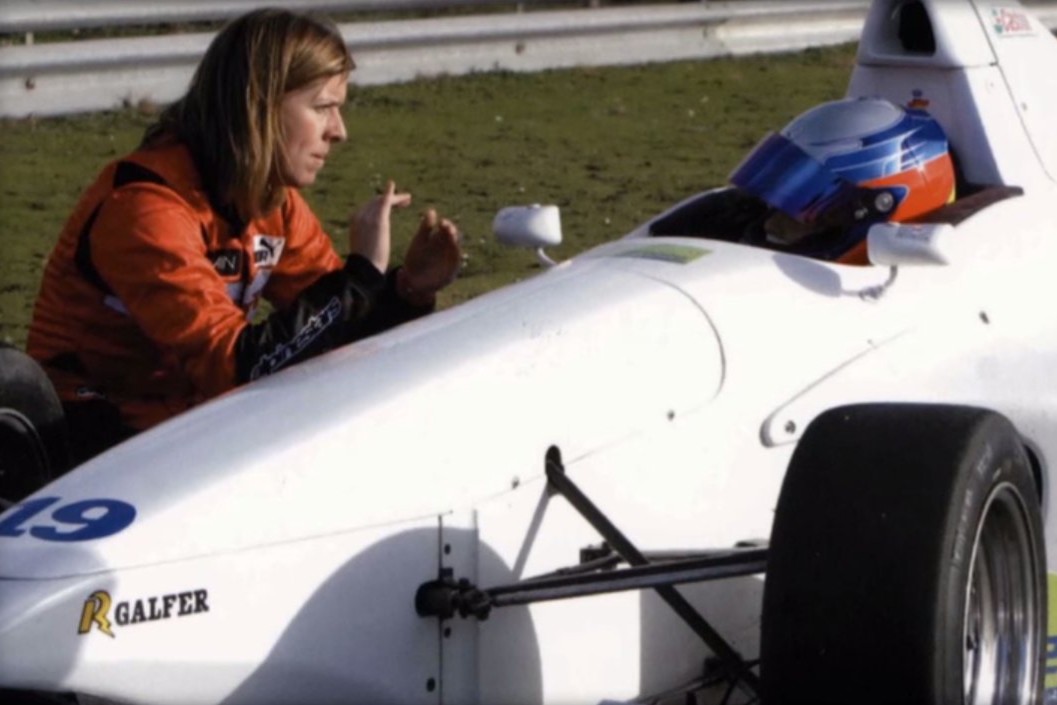 “I have witnessed Carlitos’ first steps at the wheel of a single-seater in our school and I remember Maria serving as a guide for him, driving a similar car ahead of him to show him what to do and increasing the pace progressively,” team boss Emilio said this week.

“Later, we helped him preparing for the Red Bull selection at Estoril, and he made his first races in F3 with our team, at Jerez and Barcelona, in European F3 Open.”

Sainz maintained a friendship with Maria and her family after that, winning a title in Formula Renault 2.0 and starring once again in F3 over the next two years as the Red Bull junior realistically emerged as his country’s only F1 hope. A move across to GP3 dented those chances in 2013, but a FR3.5 stint with Zeta Corse enabled him to regroup and turn the next year into a title-winning one in the series with DAMS.

It was an impressive mental comeback for a driver to accomplish, especially in wake of Maria’s death (whose life he honours to this day by racing with stars on his helmet), and he did so even as Red Bull overlooked him for a Toro Rosso seat. The reason he did end up on the F1 grid for 2015 was down to Sebastian Vettel leaving Red Bull Racing for Ferrari, and the German’s departure from the Scuderia is why Sainz is heading there next year.

It’s not only the memory of de Villota’s contribution that makes Sainz’s move to F1’s most famous team for 2021 so important to Spanish motorsport, but as evidence of the investment in the ‘Fernando Alonso generation’ wasn’t wasted.

The Great Recession in Spain lasted from 2008 to 2014, and not only ended the racing ambitions of most of the Alonso-inspired youth before they had even started, but led to a major employment crisis the country is still reeling from today. 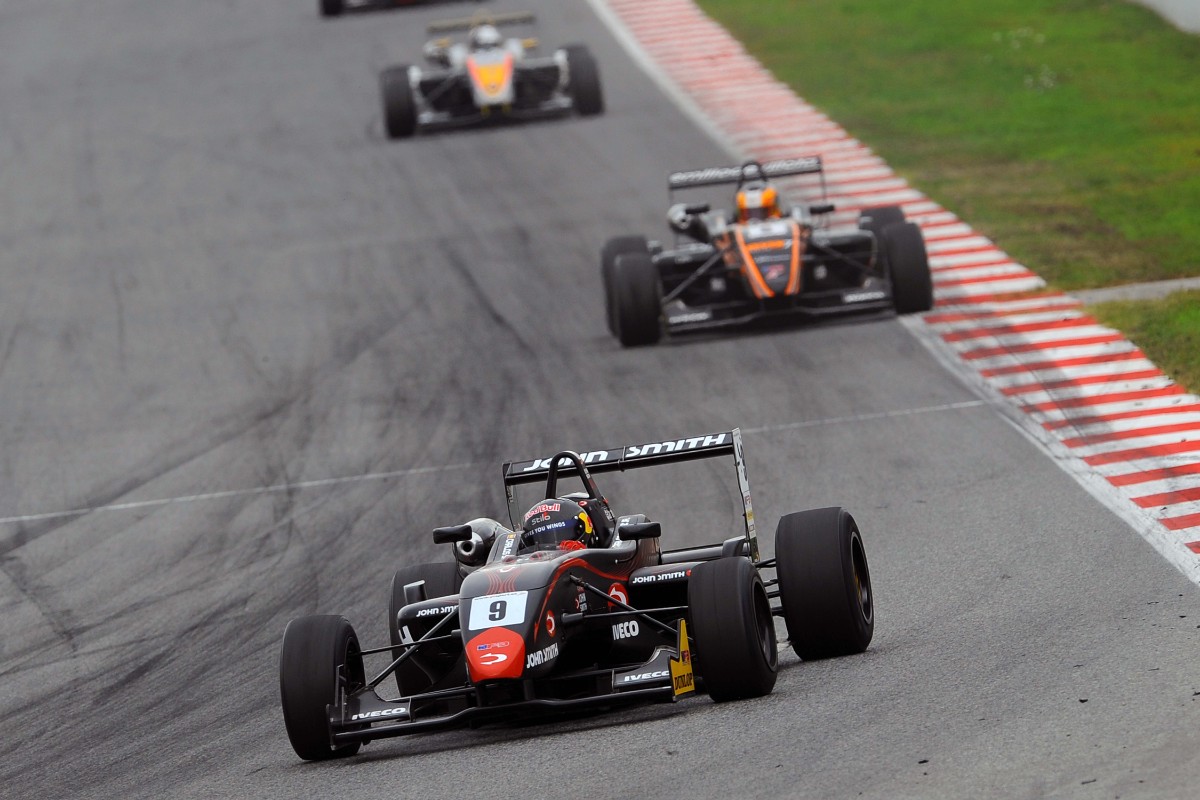 It came down to the likes of Emilio de Villota and his F1-experienced team boss counterpart Adrian Campos to keep Spanish talent on the single-seater map as participation dropped. Campos Racing carried IndyCar-bound Alex Palou from karting all the way to Formula 2 against the odds, while Red Bull’s interests in the Sainz clan meant the younger of the two had perhaps more wriggle room than most in the energy drink brand’s junior team at the time when it came to spells of underperforming.

“[The appointment by Ferrari] is great news for the entire Spanish sports,” de Villota added. “I just phoned Carlos and his father to congratulate. To get to Ferrari is a dream for any driver and I think Carlitos and Charles Leclerc will make a great pair, stimulating each other.”

De Villota ended his congratulations by mentioning how Sainz Jr “has grown as a driver and a person” since the start of his car racing career, and the 25-year-old has repeatedly shown himself to be a fighter in getting to where he is today.

Yes he had Red Bull’s backing from the beginning, but being a ‘chosen one’ is not always an easy path. Once he got to F1, he was pretty much an equal to Max Verstappen at Toro Rosso but couldn’t make his way into a Red Bull Racing seat and left for Renault. He established himself even better there but got shunned once again, and kept himself in F1 by moving to McLaren.

Not only does it mirror the career path of icon Alonso, as Toro Rosso operated out of the factory used by the Minardi team that handed Alonso his F1 debut aged 19, but Sainz’s fight to get in a frontrunning car will resonate with Spanish fans and help inspire the next generation of single-seater talent. Alonso may return to F1, but it’s Sainz who now has the nation talking.

The notion of the fighter is of huge cultural importance in Spain, with bullfighters considered heroes when in the arena. Just like F1, it’s a risk-filled artistry where the consequences can be brutal when the smallest of errors are made.

In days gone by, the horse-bound picadors were given top billing over their fellow matadors when facing the bulls, although could become unpopular when it looked like they had too easy a time of it. Sainz will no doubt be relishing the chance to not only fight Red Bull’s Verstappen on equal terms once more in 2021, but to make the Prancing Horse a champion one again.

For more on the youth-led superteam that Sainz will leave behind at McLaren, click here 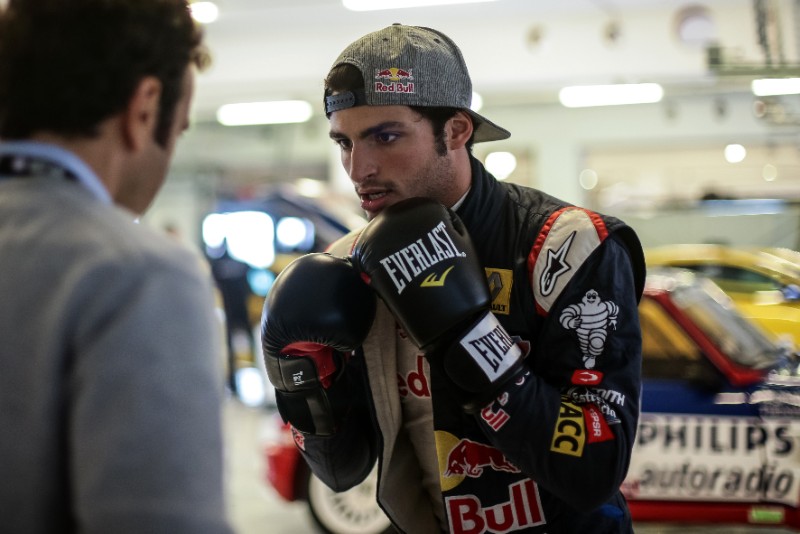 Five young drivers Renault should take a F1 chance on