Home Featured What next for the Road to Indy?
FeaturesFormula FordRoad to Indy 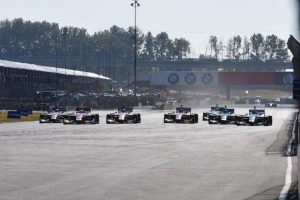 IndyCar’s support ladder loses its title sponsor Mazda for 2019, and with that comes some significant change – as Road to Indy promoter Andersen Promotions explains to Ida Wood.

Amid the ongoing soap drama that is the future of Formula 3 in Europe, it has been quietly overlooked that the shape of American junior single-seaters is also facing a potentially significant change.

In America at least there’s stability in the machinery being used, and the calendars too, but the fact is that racing below IndyCar over the last decade has been dominated by one word: Mazda.

The Japanese car manufacturer’s departure as title sponsor of Indy Lights, Pro Mazda and USF2000 brings to an end an extremely successful era. Of the 33 starters at this year’s Indianapolis 500, 15 had raced in the Mazda-sponsored supports.

For Andersen Promotions the job going forward will be much of the same as it was before, which itself is a far cry from when it started in 2010.

“When we first became involved, we were only operating the USF2000 series,” Dan Andersen explained to Formula Scout.

Andersen has been involved in USF2000 since the very beginning in 1990, heading the Eastern Division from 1992 onwards. The championship became national only in 1995, and between 2001 and ’10 the series was headed by Formula Motorsports Inc. When Andersen returned, he got himself involved with the whole ladder very quickly. 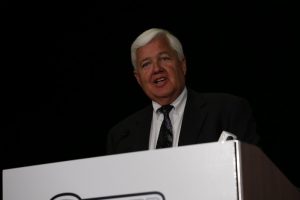 “Obviously, with the addition of Pro Mazda [in ’13] and Indy Lights [in ’14], our business plan has certainly expanded but our goal remains the same [with Mazda’s departure] ? to develop and advance not only drivers but teams and personnel as well.”

Development mostly occurs on an individual level, and is therefore not heavily affected by small grid sizes, something Indy Lights and Pro Mazda struggled with. The former attracted an average of 7.47 cars, with the latter an average of 13.38 (and it sank to a grid of eight for the Portland finale). USF2000 by comparison averaged 22.79 starters. All three series were at least redeemed by the quality of racing, especially at the front of the Indy Lights field.

“We did our jobs too well. Not only did our 2017 champion Kyle Kaiser advance to IndyCar but so did drivers like Matheus Leist and Zachary Claman DeMelo as well as Carlin, which ran a four-car Lights program in the past,” is Andersen’s argument for why grids were small.

“It was great to see but it left us with a decreased field size, but not a decrease in competition with five different winners and seven different polesitters in Indy Lights. INDYCAR and Andersen Promotions have developed a solid five-year plan for the revitalisation of Indy Lights, and we have already seen new teams joining us for 2019.

“As to Pro Mazda and USF2000, the grids were down slightly in the closing stages and some of it was due to drivers that were not in the title hunt ending their season early. Both series are looking good for 2019.”

Carlin and Team Pelfrey are returning to Indy Lights as full-time entries, and will be joined by BN Racing. The long-term thinking by Andersen, which has confirmed technical specifications will remain the same for 2019, and immediate interest from teams is a positive sign considering Mazda’s departure. Losing a big name backer doesn’t usually have this effect. 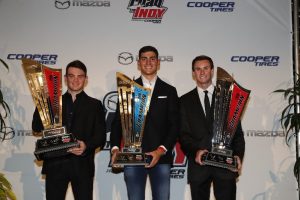 “Mazda’s exit hasn’t [effected competitor interest]. There is a strong interest in all three series and we have new teams coming on board as well.

“We have a great platform in place and we continually work to make it even better. We recently added Jonny Baker as our series development director ? a great addition to our programme and another step in improving what we already have in place.

“As to Pro Mazda’s name, nothing has officially been decided and it could very well remain the Pro Mazda Championship for 2019. The engine issue experienced in early 2018 has been addressed and the current engine is fine.”

Despite the positive outlook that has come from the work since Andersen became aware of Mazda’s departure, grid sizes is an ongoing issue for the Road to Indy ladder – especially with the FIA’s recent F3 expansion onto its territory.

“Thanks to our tremendous partners, we have cost reductions in a variety of areas including chassis, spares, tyres, wheels, engine, etc. – as well as a reduced in-season testing program bringing budgets to the $850,000 to $900,000 USD range.”

This pitch has been crucial to the Carlin, Pelfrey and BN Racing announcements, and there’s an extra bonus for drivers who compete in 2019. 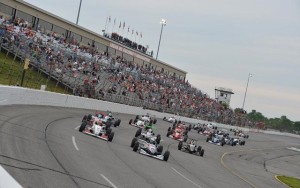 “IndyCar teams will receive an extra day to test current Indy Lights drivers, and teams with both an IndyCar and Indy Lights program are given one extra test day.

“There are a lot of moving parts at the moment, but I can confirm that we will continue with scholarships for each series. The scholarship valued at $1.1-million for the Indy Lights champion has already been announced as part of our five-year plan with IndyCar.?The five-year plan is our current road map and will evolve and be enhanced as needed.?Scholarships for the other levels will be announced in the coming weeks.”

The ‘lowest’ of the scholarships is that from the Road to Indy Shootout, which brings together drivers from entry-level single-seater feeder series across the world, many run to Formula Ford 1600 rules, and puts them together for an opportunity to win a drive in USF2000. This year’s contest will be held by the Bondurant Racing School at Wild Horse Pass Motorsports Park, as it did in 2017, on December 8-9. Drivers will be tested in Formula Mazda cars, not to be confused with those used in the Road to Indy itself.

Victor Franzoni and Oliver Askew, the 2017 Pro Mazda and USF2000 champions, will be joined by Mazda representatives, USF2000 race director and former IndyCar driver Jan Heylen, and Formula 1 deputy race director Scot Elkins as judges. There will be four on-track sessions, followed by a slimming of the field which will compete in two qualifying runs and a race.

“At the recent Chris Griffis Memorial Test, we had 15 different nationalities represented. Our official feeder series represent 11 countries. We want to attract the best drivers, not just from North America but from around the world.?We intend to continue the Shootout in 2019 as well as the relationships with the various feeder series.”

Returning to the top end of the ladder, the top two in Indy Lights this year – Patricio O’Ward and Colton Herta – will be racing full-time in IndyCar for 2019 after making their debuts a month ago to much fanfare. O’Ward qualified fifth and finished ninth.

“They both did a tremendous job at Sonoma and all of us are thrilled with their opportunities for 2019 with Harding Steinbrenner Racing. Based on this year?s championship, they will push each other hard and are definitely the future of IndyCar.” 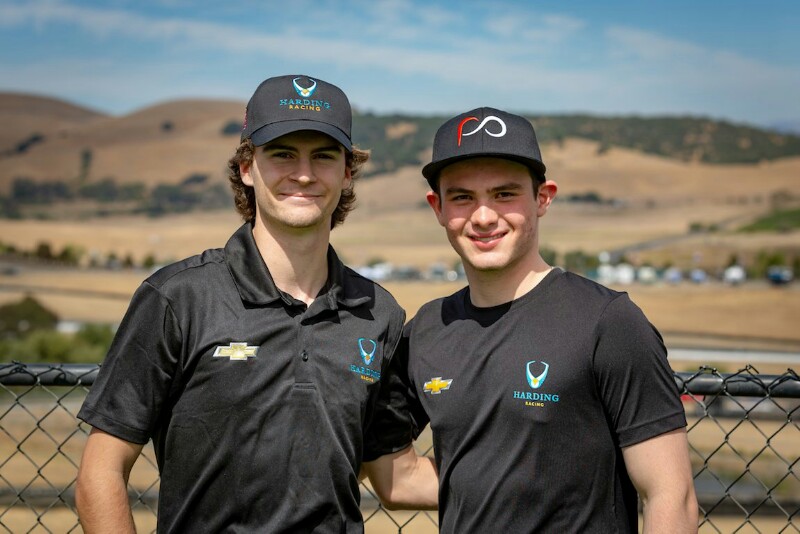