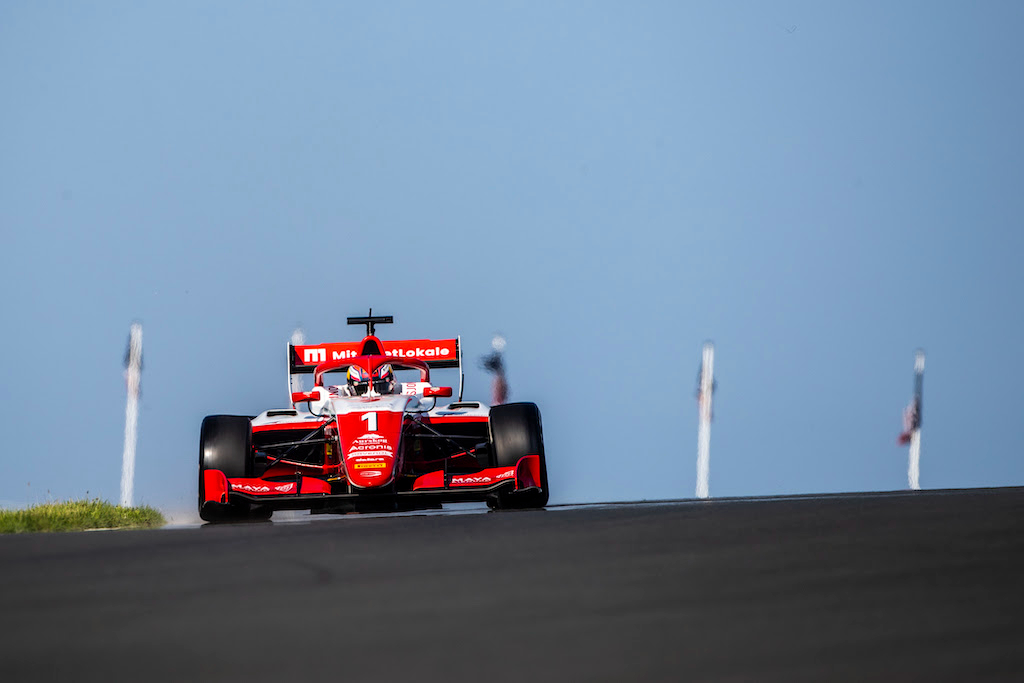 Dennis Hauger was more emotional than usual when he returned to the front of the FIA Formula 3 grid in qualifying at Zandvoort.

Hauger’s late lap allowed him to overhaul Trident’s trio and MP Motorsport’s Victor Martins to take his third pole from six rounds. The Prema driver was visibly delighted after crossing the finish line, and was in the press conference too.

He is the only driver with multiple poles this year, but this result came off the back of qualifying 14th at Spa-Francorchamps last weekend. Formula Scout asked what the pole meant after Hauger downplayed qualifying’s significance a day previous.

“I think it’s the way we came back from last weekend that made it a bit extra special,” he explained.

“We were slightly lost last weekend and managed to get some decent places gained in races two and three but overall it should have been more and it was a tough weekend and I think the way we worked ourselves up again before the weekend started now to then get that pole position was just a bit of an extra special feeling and a really good way to start the weekend. I was quite happy crossing the line at the end.”

He added that the team “worked our asses off to get back on top” and later said it was “really important” for them to immediately return to the front.

“I think it was nice to bounce back and show ourselves that we had the pace and we had the confidence to keep that title going,” Hauger said.

“It was a nice way to go, and still just have to keep working. There are still a few races left so have to give it everything.”

Speaking of the lap around the banked circuit, he described it as “like a rollercoaster”.

“There’s so much camber and everything happening is really technical, so it’s always the next corner you really have to focus forward. It’s got quite fast sequences but still technical, so it’s really cool to really be on the edge around here.

“Nothing forgives you if you do a mistake, so you really have to put it all together and that’s what we managed to do in quali.”