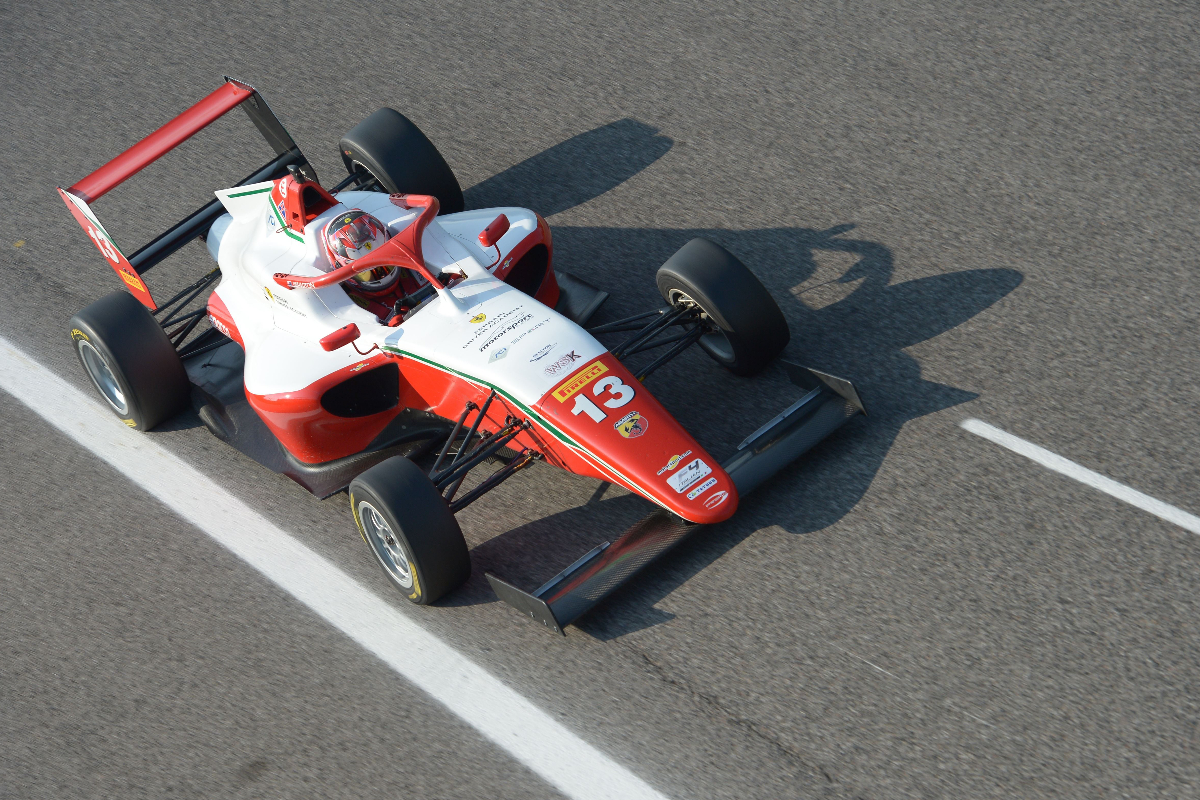 Prema driver Wharton topped the two-day test by 0.007 seconds over Van Amersfoort Racing’s Red Bull junior Arvid Lindblad, with US Racing’s Frederik Lund and PHM Racing’s Taylor Barnard also within a tenth of a second of the pace.

There was a revised line-up at most teams compared to their entries for the Italian F4 season finale just days before, with Prema fielding Iron Lynx drivers Niko Lacorte and Ivan Domingues as well as Alpine Academy affiliate and CIK-FIA European Karting champion Kean Nakamura Berta and Brazilian F4 racer Fernando Barrichello, the son of former F1 racer Rubens Barrichello.

Berta was the fastest karting graduate in the test, ending up 14th on the combined timesheet and 0.871s off Wharton’s pace.

The next F4 newcomer was AKM Motorsport’s Cristian Bertuca, who has karted for Birel ART this year, and then junior karter Griffin Peebles at VAR.

Lund started the test on top, setting a 1m50.212s in the opening session, with Prema’s Ugo Ugochukwu lowering the pace to 1m49.003s in the next track outing.

PHM Racing’s Taylor Barnard became the first driver to lap in the 1m48s in session three, then Wharton set the fastest lap of the test – a 1m48.843s in the final session of Monday.

Tuesday’s action began with Akshay Bohra setting the pace, then Lacorte went top in session six of the test. Bohra returned to first place in session seven, and Lund then was the benchmark driver in session eight with a 1m48.874s lap putting him third overall in the test.

Brando Badoer only contested the second day of testing and ended up seventh fastest overall, while Barnard only did day one and was fourth.