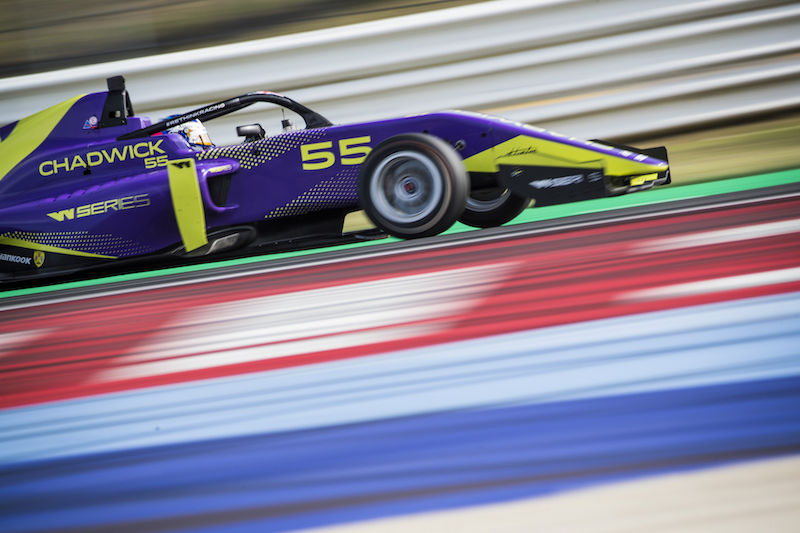 W Series CEO Catherine Bond Muir has explained why the series will not be present at all of the European races when it supports Formula 1 next season.

The series’ eight-round 2021 calendar was revealed in December, and follows F1 from June’s French Grand Prix all the way to September’s Dutch Grand Prix, before a long break and back-to-back rounds supporting the United States and Mexico City grands prix.

However, Spain – where three of the grid’s 18 drivers are native to – and Italy do not feature on the calendar despite being mainstays of the F1 calendar and most junior single-seater series in Europe.

Bond Muir spoke about the reasoning behind the choices to a group of select media, citing logistical issues for the absence of Monza – which holds the Italian Grand Prix the week after the series races at Zandvoort in the Netherlands.

“Our ambition is to be a global race series,” she explained.

“Ultimately, we want to be in countries all across the world, but this is our second season. We promised that we would grow and be bigger and better, and this is [what] I think that we have delivered for 2021 is a really compelling race series.

“I would have loved to have been at Monza. It would have been fantastic to be in Italy. But we are only W Series, we’re not flying our cars around the world, we’ve got to ship them.

“And unfortunately, there just wasn’t enough time between Monza to ensure all our cars and everything would be shipped across the Atlantic to arrive in time [to the USA]. I’m sad about us not being in Italy.”

W Series had been due to race at Monza in 2020 when it would have supported the DTM, before the entire season was scrapped due to COVID-19.

Bond-Muir added that the Spanish Grand Prix’s May date in 2021 meant an increased possibility that fans may still not be permitted at the Barcelona circuit by that time due to the pandemic.

“We would have loved to have been in Spain. We have three Spanish drivers next year, so it would have made complete sense to go to Spain. But I think what’s very important is when you’re planning a racing calendar, as far as possible is to create excitement amongst the fans. And that means you’ve got to have races that are fairly close to each other.

“With the F1 Spanish Grand Prix, unfortunately, it was just a bit early and that would have been in isolation. We’ve made a decision to start as late as possible in order to avoid the ramifications and possible no-crowds because of coronavirus.”

“We certainly will have a test. We’re planning a four-day test which will happen in Europe, and we will announce the date and whereabouts of that test in due course.”