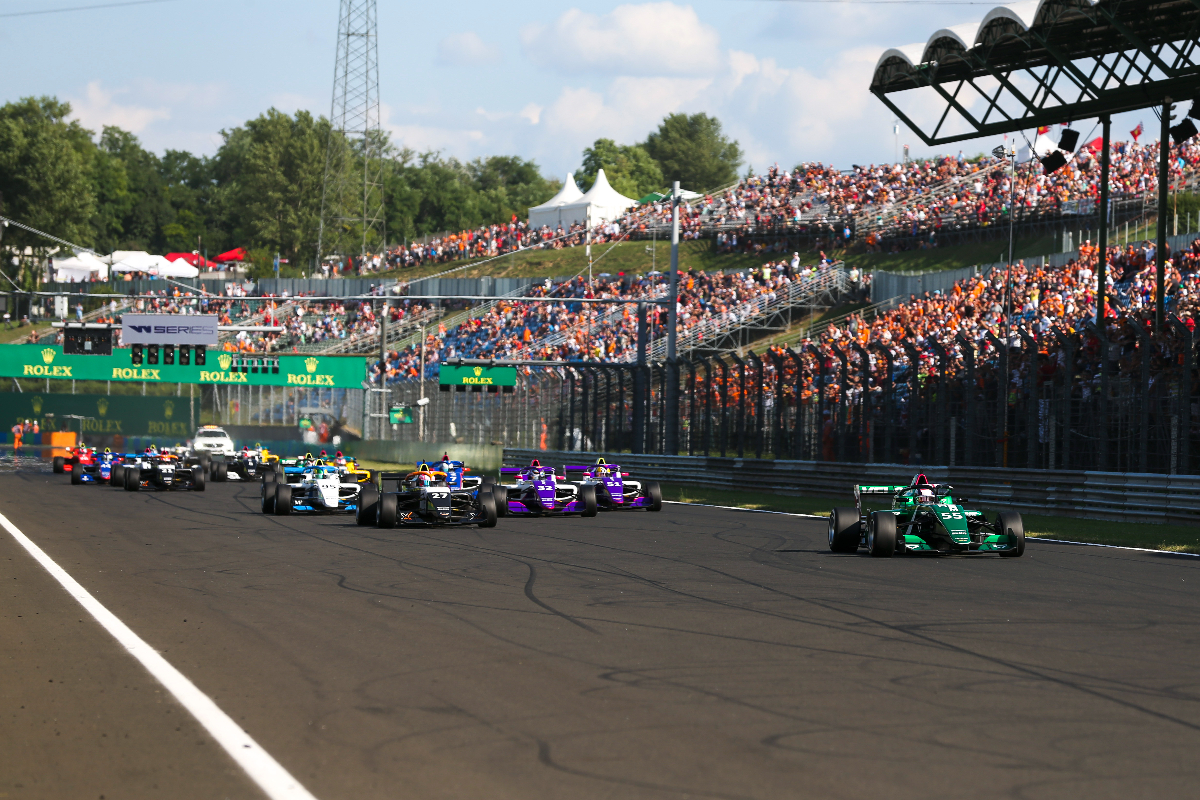 W Series’ advisory board chairman David Coulthard has said that there are ‘unofficial’ future plans for the Formula 1 support series to have its own feeder championships across the globe.

The all-female championship is set to embark on its third season in 2022, and joined F1’s support bill last year at a number of grands prix after starting off in 2019 in the DTM’s support paddock.

Speaking in a media call last season, 13-time grand prix winner Coulthard outlined to Formula Scout about the feeder plans when asked about what’s next to come for W Series.

“Well officially, then I’m not supposed to say anything,” he quipped.

“Unofficially, we have growth plans to have feeder championships in South America, Asia, around the globe, domestic championships that feed in talent from those continents into the main W Series championship that runs with F1.”

The inaugural season of W Series took place entirely in Europe, and after cancelling the 2020 season during the COVID-19 pandemic, the series returned in 2021 with races at Circuit of the Americas and was set to run in Mexico City too before a double-header round took place at COTA instead. F1 rounds in Europe were the location of the other six races in 2021.

Junior categories, including Formula Regional (which are the cars W Series uses) and Formula 4, do operate in the regions Coulthard stated but, like many of their European counterparts, there are few women who participate in them outside of the particularly strong Japanese scence.

Of the seven drivers who debuted in W Series in 2021, all of them came from a background of racing primarily in Europe or the United States.

“There’s no bigger platform [than F1],” Coulthard added. “If we have COVID-free crowds at the races we intend to be at in the future with F1, then it will make it the biggest live audience of female sport anywhere in the world.

“That is a very powerful position for the W Series competitors to be in, to launch their careers into other opportunities. It’s not about ring-fencing. It’s about being a stepping stone to shoot for success and longevity in their careers.”

W Series has recently confirmed directly to Formula Scout that feeder series plans are not for the immediate future, and the championship has not yet announced a calendar or an entry list for the 2022 season, but those who finished in the top eight of last year’s championship are guaranteed an entry into the season should they wish.

Chadwick is set to move onto the next level of single-seaters above FRegional, and has been linked to signing for a British team. W Series has been working with FIA Formula 3 to provide test opportunities in the Dallara F3 2019 for its racers.