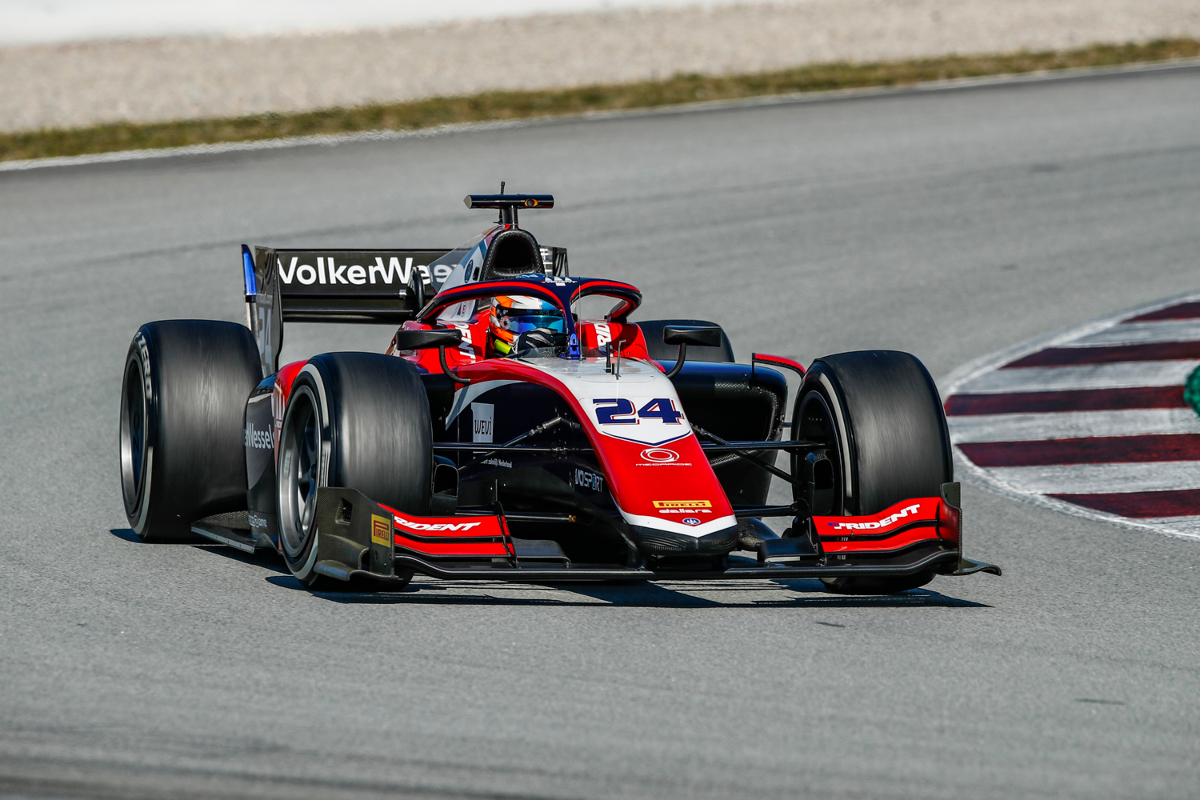 Bent Viscaal has announced he will race for Trident for the entirety of the 2021 Formula 2 season, having initially only signed for the season opener.

The Dutchman debuted in the series at Bahrain last month and claimed a best finish of 12th from his first three races.

He stayed with Trident for last week’s in-season test at Barcelona, and will now see out the eight-round season with the Italian outfit.

“I’m very happy to join Trident for the rest of the season, it will be an absolute incredible challenge,” Viscaal said.

The 21-year-old spent three years racing in Formula 3 before 2021, taking one win on the way to becoming title runner-up in Euroformula back in 2018 and then spending two seasons in FIA F3 Championship where he also got one win.

“Trident Motorsport’s extremely pleased to announce that Bent Viscaal will compete with the team in the remaining seven rounds of the FIA F2 championship,” said team manager Giacomo Ricci.

“At his first F2 foray in Bahrain, he quickly merged with our team, which provided him with the maximum possible support while learning the ropes in the series, and became increasingly competitive.

“I am sure that, by joining forces with such a quick and determined racer, we will do an excellent job and achieve remarkable results.”

F2 returns to action in Monaco next month for its second round, and while Viscaal is now confirmed to be racing there is still not a full grid locked in.

His fellow Dutchman Richard Verschoor drove for MP Motorsport at Bahrain and is currently sixth in the points after an impressive debut weekend where he qualified fifth and then finished in the top five in two of the three races.

He was third fastest in the Barcelona test, and said during that week that he was confident he would find the budget to remain on the grid.

Linked to that seat before Verschoor claimed it for Bahrain was former Formula 1 driver Roberto Merhi and Mahaveer Raghunathan, who raced for MP in F2 for much of the 2019 season.