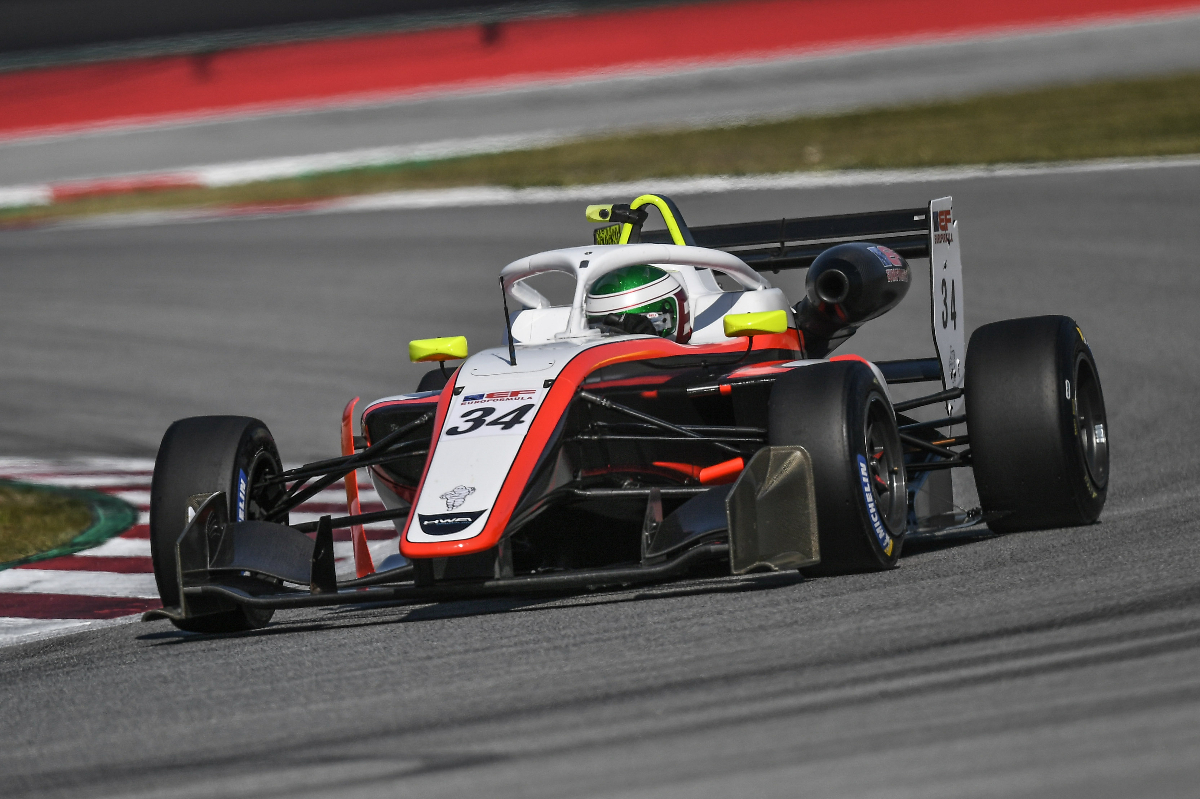 Euroformula is set for a grid of 14 cars for its season-opening round at Algarve this weekend which supports the Portuguese Grand Prix.

Nine drivers had been announced before this week, and a 10th came when Motopark listed Cameron Das as completing its three-car line-up on its website.

Das, who has raced in the series since 2017 and has a best finish of second, was fastest in last week’s Barcelona test and an official entry list for Algarve has now confirmed his presence on the grid.

The 21-year-old was the champion of the inaugural United States Formula 4 season and is also a race-winner in BRDC British Formula 3 and the Toyota Racing Series.

Estner finished third in the championship last year with the team and took six podiums. It’s unclear whether he will remain in Euroformula for 2021 past the opening round.

Double R Racing has named two drivers but will be fielding a third car at Algarve for a yet-to-be revealed driver.

Drivex School was present at both of the pre-season tests, and had Enzo Scionti and Enzo Trulli in its HWA-powered cars.

It has signed both of the single-seater rookies for Algarve, having initially intended to run them in Spanish F4 which starts on the same weekend as Euroformula. The two 16-year-olds made their car racing debuts at the start of this year in F4 United Arab Emirates with Cram Motorsport, with Trulli winning the title and Scionti coming 13th.

While Carlin announced it would be racing in Euroformula this year, and tested with several drivers over the winter, there has been no news on its presence since and the drivers it was initially linked with have since signed with different teams.